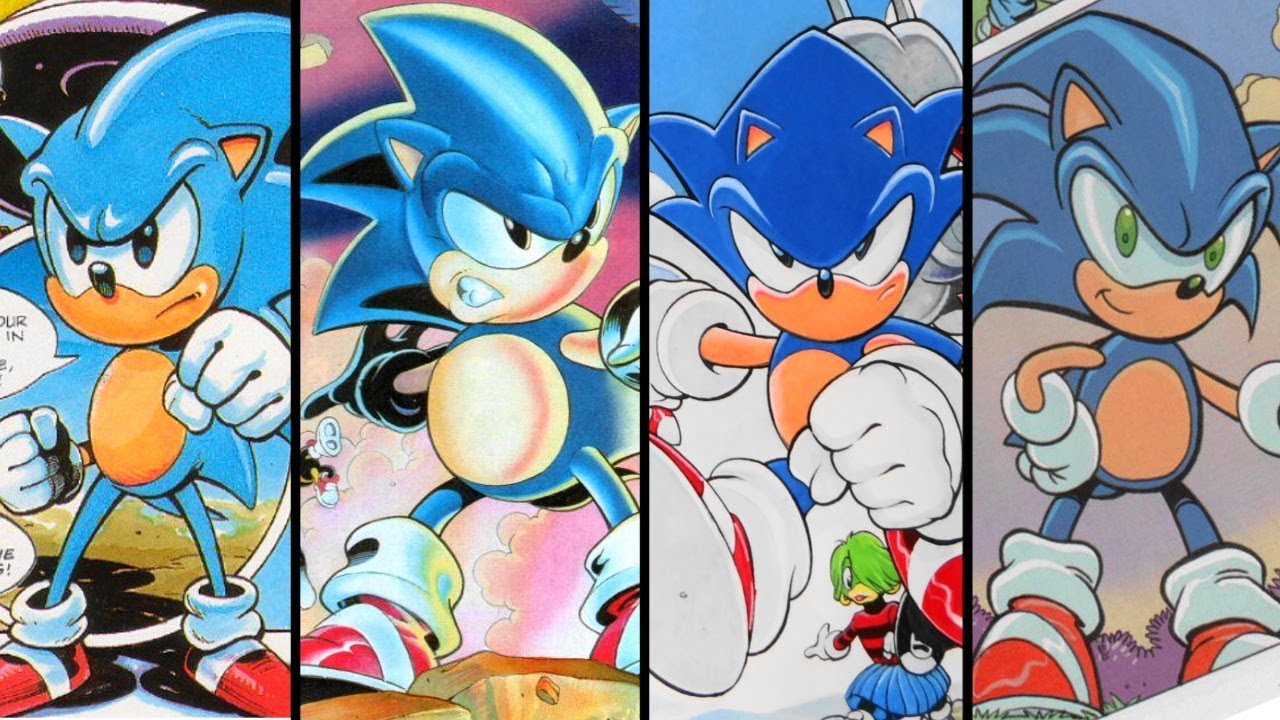 Cancel
Turn Off Light
Share
Auto Next
Theater
Another BumbleKast episode took place, and once again, Ian Flynn gave some more IDW Sonic insight that we didn’t have before. A few of questions were asked that were very noteworthy. One of them allowed Ian to elaborate on a topic discussed earlier this month. Another involved Fleetway. This one is perhaps our first general idea on how IDW Sonic will touch upon the universes of other Sonic comics. Surprisingly, Ian’s response was more optimism than expected. Below is the BumbleKast, as well as a transcript of what Ian’s responses to the questions were. I transcribed a third one that wasn’t covered by the link. It addressed a major concern that people had in regards to SEGA and Archie’s partnership ending.

Q: Can we at least have Humans and “Mobians” on both worlds maybe find some way to infer that they are two closely connected worlds? I really enjoyed the one inclusive world we had post reboot, and I hate to see the idea get ripped apart because of canon

A: There was some “fluff”, we’ll say, over confirming that the two-worlds thing from the games will be the canon of the comics. I think folks are paying too much attention to the nitty-gritty because the two-worlds thing has been around since Sonic Adventure; we just didn’t know it. It wasn’t confirmed until that one Q&A session, what, 5 years ago or so, and everyone was like “What?” That is why Sonic X had two worlds, because it was based off the Sonic canon. Really it hasn’t undermined any of the game stories at this point. The story of Tikal and Chaos, really doesn’t matter where it is. It is a strong enough story on on its own right. Shadow, and his whole deal, it doesn’t matter that it happens in the Human world. His story is fairly stand alone. Ya, it raises some big questions. I’m not denying that. It also isn’t the brick through the window kind of distraction, that I think a lot of people think its going to be. So, I mean, obviously Sonic and his friends can cross over between the worlds no problem in the games. If we get around to messing with that at all in the comic, we’ll probably gonna follow suit, but again, the book isn’t out yet. The first year has been plotted, that’s not a lot. Just relax, let the stories come. Even if I have a bullet point list of all the super nerdy things I wanted to cover, there’s no way to do that in a single year. So let the comic be. Its not really going to affect year one,  probably won’t even effect year two.  That’s how its been, that’s how it has been for the past, oh shoot, since ‘ 99, how many years is that? Almost 20 years. It’s not a big deal it’ll be fine, trust me, I know what I”m doing I’ve been doing this a bit, trust me. Trust me.  …Pre-reboot, post-reboot, IDW, Sonic X, and Sonic Boom continuities, and game continuities considering SEGA exclusive online thing.  I’ve played with 6 different flavors of Sonic; I think I can manage.

Q: I don’t suppose there might be any Fleetway’s Sonic the Comic hidden in the IDW Sonic run?

A: Maybe? Not initially, because like I said before, we’re trying to define the book as the IDW Sonic. It needs to stand on its own two feet before we start going crazy with references to other incarnations of Sonic over the years. That and the last time there was any kind of Fleetway nod in the Archie book it had some really nastly blowback. So might wanna dodge that minefield, but I’m always tempted because Nigel Kitching said I could use Metallix, and I want to but I know its more complicated than that but I want to so bad.

Q: Something has been on my mind lately, do you think the whole debacle with Ken Penders contributed to Archie and SEGA not continuing their relationship? I understand that was years later, but the ripple effect of the reboot must’ve hurt a lot.

A: No. It had no–it–it didn’t help things, but it was not a major contributing factor. The reboot happened, it sucked at the time, but we were rolling full steam ahead and just other stuff happened. And here we are.