The gang follow – or not – the whims of the Narrator as they journey though the extraordinary story of one extraordinarily ordinary man. 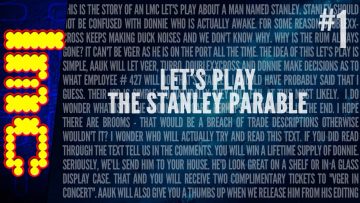 A COWARD’S WAY OUT | The Stanley Parable #1

The LMC crew are lined up and ready to play a one shot playthrough before they go on a Twitch streaming break. AAUK has hinted it wa... 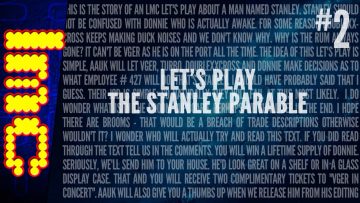 After managing to not even get out the room on their first go, the team settle down and decide it would be best to obey the narrator... 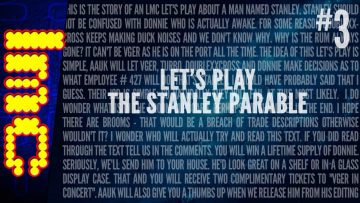 It’s time to stop obeying – and start looking around. After a trip to the executive washroom and some new age music it&#... 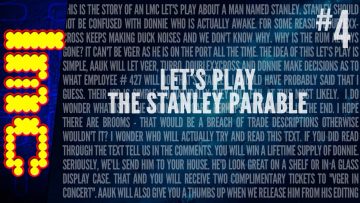 IN THE CLOSET | The Stanley Parable #4

The team now want to disobey even more, its time to turn that Mind Control device on! But first there’s something they’v...
Previous Playlist

Kevin
287
Putting people off careers in electrical engineering since 2018.

Kevin
474
Legendary heroes and villains from Warcraft, StarCraft and Diablo are summoned to the Nexus.

Kevin
355
A new enemy (or six) is here to cause mayhem for Sonic and Dr. Eggman alike.

Kevin
206
They're the team for the job. Well, one of them is anyway.

Kevin
264
Before the new blood, there came the old.