Rekindle the fire with remastered versions of the original three games, Spyro the Dragon, Spyro 2 Ripto’s Rage! and Spyro Year of the Dragon. 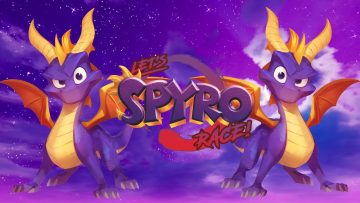 It's time for more Let's Race action! Join Andy and Pete as they go head to head once again in Andy's game of choice...
Previous Playlist