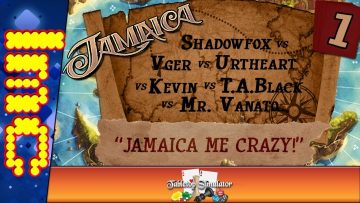 The LMC gang are chilling and decide to do some Tabletop and a game they've not tried before previously on stream - Jamaica.
Previous Playlist