Of course these are not actual slimes but slime meat buns, made as a tie in with Dragon Quest, or alternatively Dragon Warrior as some of our American fans might be more familiar with it. The Square Enix RPG franchise has been celebrating its 25th anniversary this year and has just released a brand new game Dragon Quest Monsters: Wanted! on December 1st.

So what does all this have to do with Yuji Naka exactly?

As part of its anniversary activity Square teamed up with Family Mart, a well known chain of Japanese convenience stores to licence said Dragon Quest meat buns. To say that these have proven popular would be… accurate. In fact Family Mart just announced that they have sold one million of these buns in a week. They’ve proven so popular fans are having great difficulty in even getting hold of one, prompting the chain to apologise for the lack of availability.

Naka-san however is Naka-san and subsequently both secured and was pictured with one. He seems pleased. 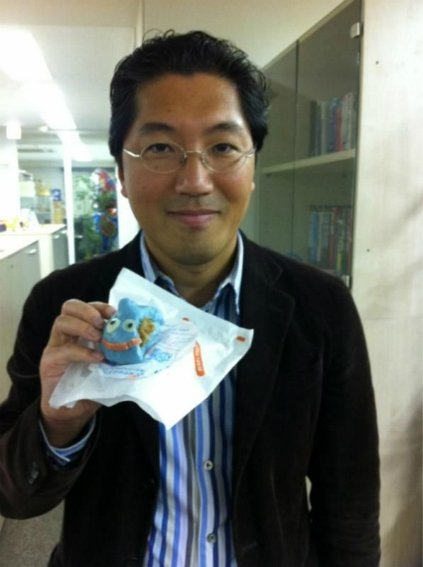