One certainly cannot deny that PlayStation VR is getting support. Whilst on the hardware side the original head mounted display (HMD) has been discontinued, to be replaced by the new model PlayStation VR which was revealed by surprise at the beginning of the month. In the last few weeks we’ve had an array of reveals and launches of new video games for the headset. With titles such Marble Land, Megadimension Neptunia VIIR, The Solus Project all revealed to be on their way – and that’s this week alone.

The reveals it seems don’t stop there for PlayStation 4 users with an announcement from Brighton-based video games studio FuturLab of a new virtual reality (VR) title coming next year, as previously hinted back in May. FuturLab, who were previously responsible for ‘Micro Machines meets Scalextric’ slot car drift racing experience Tiny Trax, which released on the PlayStation Store back in July, is set to return to Sony’s HMD with Mini-Mech Mayhem.

A sci-fi based title that involves battling robots, details on Mini-Mech Mayhem are few at the moment. However the premise revolves around you playing in a partnership of sorts, with yourself teamed with a titular ‘Mini-Mech’, a small robotic partner in what the FuturLab websites describes as a ‘Buddy Cop relationship’.

“Your Mini-Mech is full of enthusiasm, passion and incredible power, but sometimes, amongst all the mayhem, this little buddy loses sight of the big picture.” Explains FuturLab’s Managing Director James Marsden. “So you’re there to guide your Mini-Mech buddy to success. Any mistakes along the way can be chalked up as a learning experience, and over time you’ll trust each other, achieving many wonderful and hilarious victories together.” 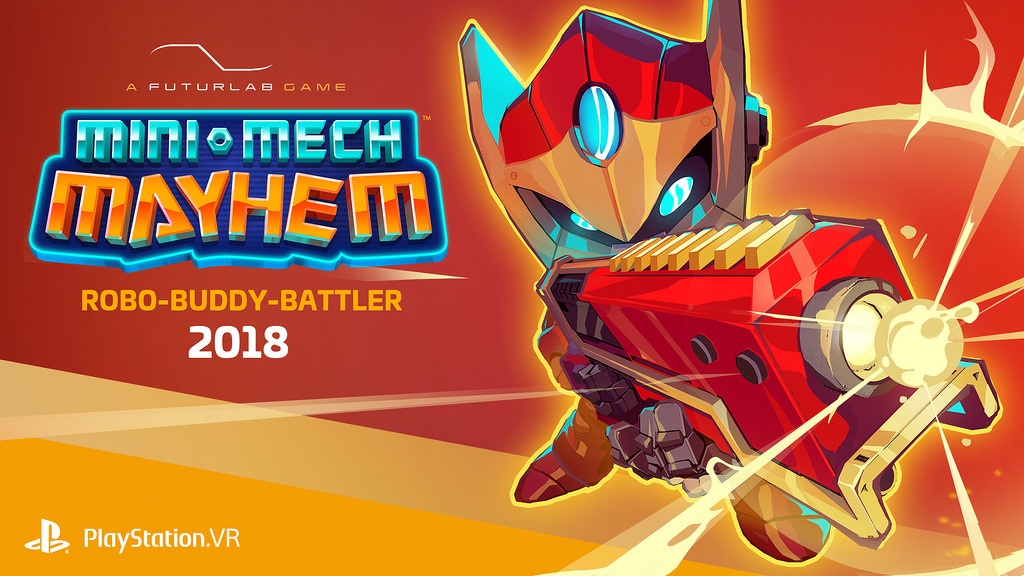 “Mini-Mech Mayhem sees us return to our passion of sci-fi.” Continues Marsden. “Having made our debut on PSVR with Tiny Trax, we’ve learnt a lot about the format and we’re looking forward to putting these new skills to work in Mini-Mech Mayhem soon. We also see Mini-Mech Mayhem as a metaphor for our studio. FuturLab is PlayStation’s little buddy and we, in turn, play the role of a big buddy to our staff.”

“Just as PlayStation cares about fostering our creativity, by helping us explore new ideas, we foster the creativity in our team. We shield their passionate enthusiasm from the turbulent mayhem of the games industry, so they can create something they care about, at a pace of challenge that is manageable.”

FuturLab is also “significantly bolstering” the development team working at the studio to create the project, and are looking to hire several members of staff.

VR vs. A Handshake