LEGO Ideas has announced that “the review board has given Viv Grannell’s (aka toastergrl on LEGO Ideas) Sonic Mania – Green Hill Zone the green light. We’re excited to collaborate with SEGA and Viv to bring one of the most iconic game characters and brands to life via LEGO bricks on the basis of Viv’s colourful and fun creation”.

It’ll be yet another piece of Sonic merchandise coming. No release date has been given, as LEGO is still figuring some things out first, but one thing is for sure. This LEGO set is coming. Here’s more information, from LEGO themselves, about the set: 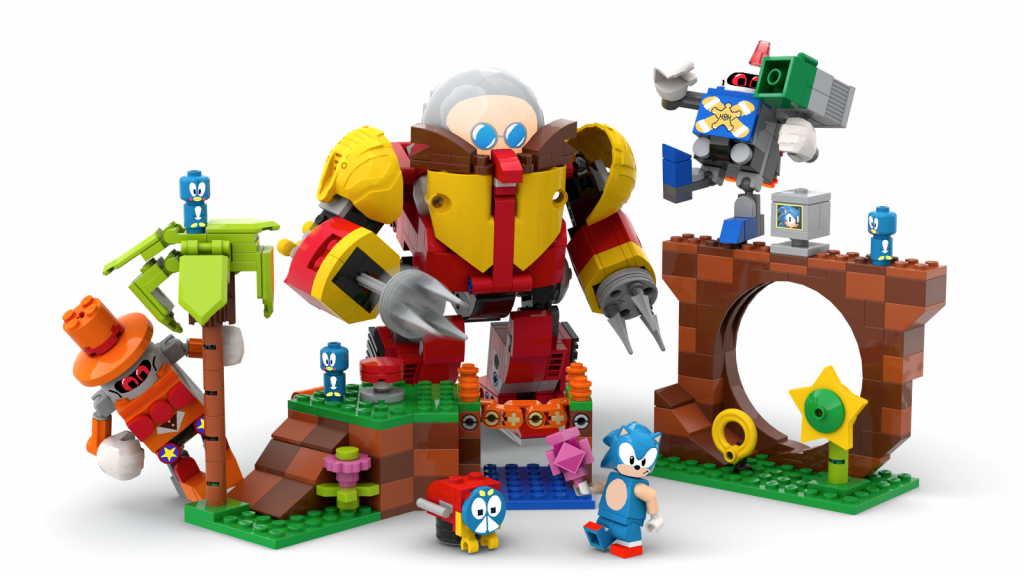 Released digitally in late 2017 and expanded on with a physical release a year later, Sonic Mania is many things. An authentic recreation of the timeless gameplay stylings of the 90’s, a stunning showcase of gorgeous pixel art and striking low-poly models, and our first true taste of what Sonic fans gone pro can do with the series. With all this under its belt, it’s no surprise the game is still extremely popular even years later. What better way, then, to keep the ultimate celebration of past and future rolling into the franchise’s 30th anniversary in 2021 than by bringing the hedgehog’s adventures to the brick-built world of LEGO?

If you want to see this concept turned into an officially released LEGO set, please click the blue support button (to the right on desktop/tablet, and above on phones), and share the project with your friends, whether through social media, online forums, chat programs or hanging out in-person. It needs 10,000 supporters for LEGO to consider turning this into a real set! It’s definitely a challenge, but the goal post is in sight – and together we can blast past it!

Sonic and LEGO are a perfect match; much like our favourite construction toy, the blue hedgehog is hugely popular with kids worldwide. Just as Sonic games give you the tools to take any given act however you want, the only limit with LEGO is your imagination – and to help inspire new adventures, this set has been designed with an alternate “Encore mode” build true to Sonic Mania Plus. Not only that, but both configurations are loaded with reconfigurability and action functions – so that busy hands can keep on returning to this play experience!

This concept was built using LDD and Studio 2.0, and rendered in the latter using the Photoreal pipeline. Prints were added using GNU Image Manipulation Program.

To see higher resolution images and previous iterations of this build, please check out this Flickr link.

A New Sonic FiGPiN Collection Is Out Today

Kevin
679
A classic look with a modern twist.