Home News The Age Of The Machine Has Begun, SEGA Release Binary Domain

Well the wait is now finally over and the age of the machines has finally begun, yes that’s right SEGA last week announced that Binary Domain is now officially out for release across Europe and North America.

Here is the official Press Release from SEGA about the release of Binary Domain: 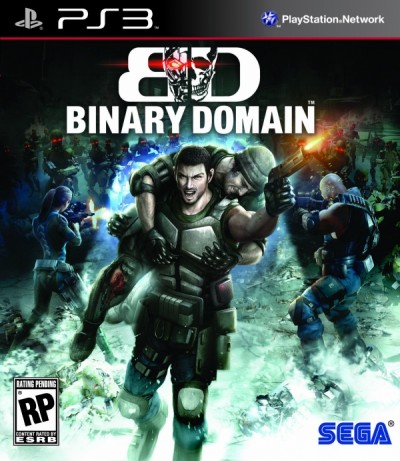 Binary Domain, is available now at retailers across Europe, with a North American release to follow on the 28th of February 2012.

Created by Toshihiro Nagoshi, the man behind some of SEGA’s most well-known franchises including the critically acclaimed Yakuza series, Binary Domain puts players in the middle of a fast paced and intense battle against an army of robots that threaten the future of mankind. Set in Tokyo 2080 AD, a city polarized by poverty and the increasing use of technology, a battle for resources persists against the backdrop of a world that has been ravaged by extreme climate changes. When an illegal robot-human hybrid known as a ‘hollow child’ attacks an American robotics corporation, the world as humanity knows it changes forever. Players control Dan Marshall, part of the covert operations R.U.S.T. crew, on a vital mission that sees them fighting through both the slums of the derelict lower city and picturesque upper city environments to discover who is creating these hollow children.

Binary Domain’s ground-breaking voice-controlled Consequences System focuses on the player’s interaction with his or her squad mates, with conversational decisions directly influencing the trust levels between you and your teammates. Binary Domain also features a mix of competitive and cooperative multiplayer modes, spread across seven different game types including Free for All, Deathmatch, Domain Control and Operation, as well as five different player classes to choose from. With a central branching storyline, voice recognition in combat and conversation and AAA shooter mechanics, Binary Domain offers something genuinely distinctive to the genre.

So what are you all waiting for, get out there and get yourself Binary Domain for the Xbox 360 or PS3 and help save the world from the robot invasion before it’s too late.