With this year’s Electronic Entertainment Expo (E3) just around the corner, talk remains on just what will be revealed in the on-stage presentations and connected live streams of the major players. Will any classic franchises be rebooted? Will long promised sequels be delivered? Will Nintendo reveal details on what they are working on? Is Microsoft’s rumoured ‘Scorpio’ a reality and just what is going on with the ‘PlayStation 4 Neo’? And, how will virtual reality (VR) fit in with both?

One thing that we do know after this afternoon is what PlayStation VR titles will be among those available to play during the event at the L.A. Convention Center.

Courtesy of the PlayStation Blog – which also revealed “some” of the non-VR PlayStation 4 titles that are available in their booth – we now have a list of ten titles for Sony Interactive Entertainment’s (SIE’s) VR hardware. There are some familiar faces from last year’s event, such as Frame Interactive Studio’s Headmaster and Rebellion’s Battlezone as well as other titles that have caught interest, such as No Goblin’s 100ft Robot Golf.

The PlayStation booth is located in the West Hall, and their 2016 press conference begins Monday June 13th at 5:30pm Pacific Time.

VR Vs. E3 And The Case Of The Phantom Announcement 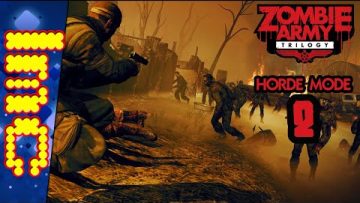 Kevin
433
Uncle Jack wants to know... have you had your Joy today?

Kevin
16
The granddaddy of the FPS genre.|

Kevin
302
The streets are in trouble again! For the first first time! This is confusing...