Well that was quick. SEGA has announced that Sonic Runners has reached 300,000 players via an in-game pop up: 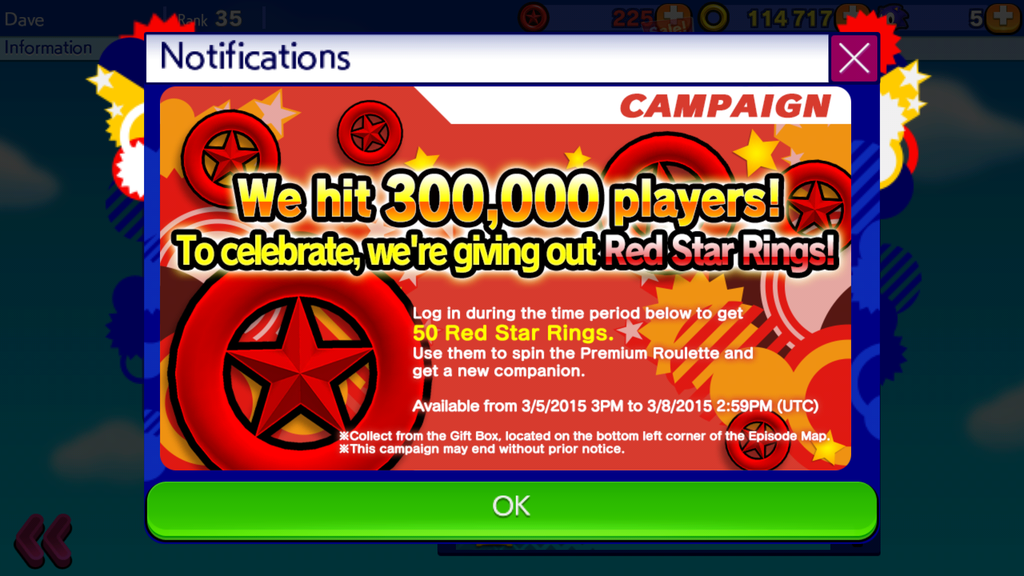 Note that the game hasn’t even been out a month. In fact it has only been a little more than a week. Impressive!