The work this team has done on the TV series speaks for itself, and fans can expect the same level of action, adventure and hilarious hijinks in the Sonic Boom comics as they do from their TV screens every Saturday morning on Cartoon Network! With the addition of this awesome writing team, the Sonic Boom comic book series is integrated into the worlds of video games and television like never before — a first in Archie’s 22 year history with the Sonic the Hedgehog franchise!

Writer Ian Flynn, who wrote the first 4 issues of the series, will be working alongside Bill, Sam, Greg and Alan over the next year’s worth of stories to craft the ultimate Sonic Boom experience! We begin with issue #5, as Bill rings in Eggman’s evil “EGG-toberfest” scheme, which leads into a the series’ first 2-part story from Ian, followed by stories from Sam, Greg and Alan a little later on.

Also included was the variant cover to Sonic Boom #5. You can check it out below. 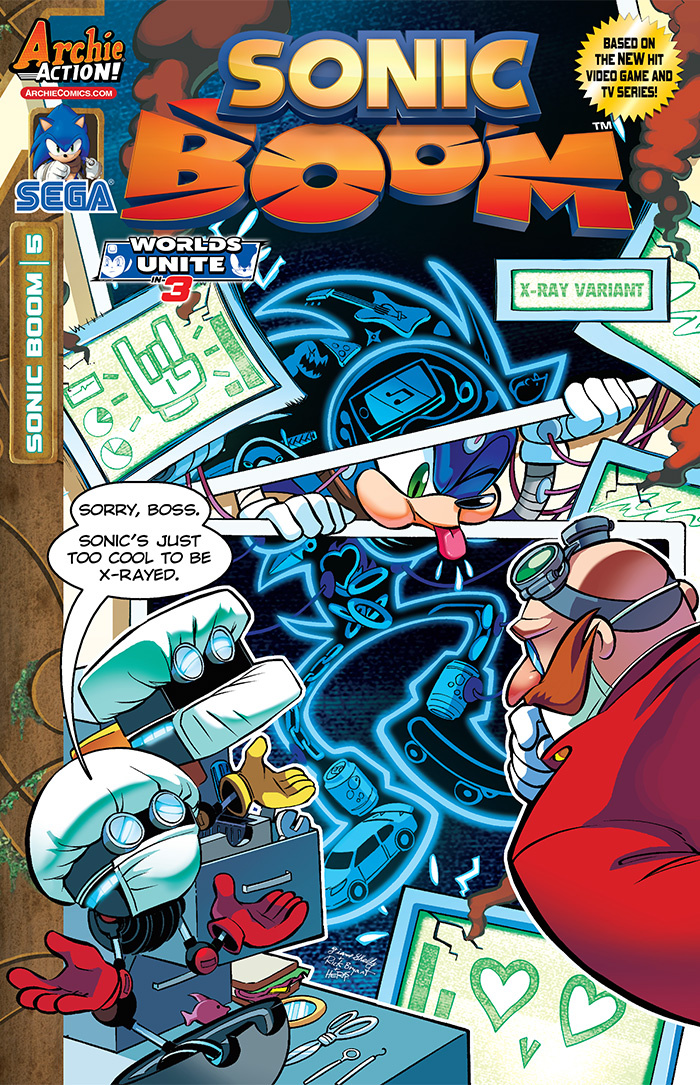