Remember the SEGA announcement of 300,000 players we previously reported had been reached? Just six days later and SEGA has announced in-game that Sonic Runners has reached 500,000 players. 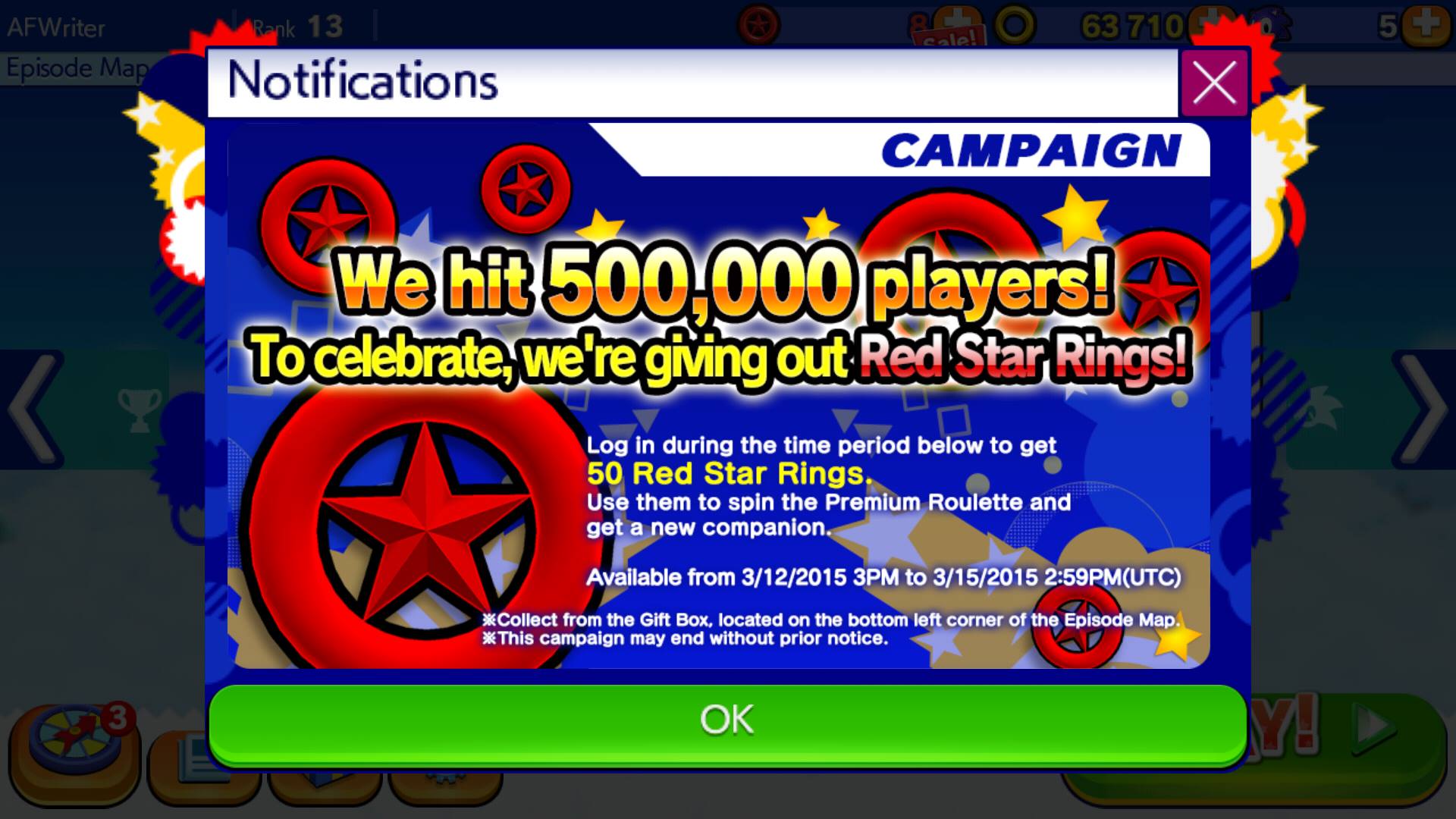 If the math is correct that is roughly 36,000 new players a day seeing as it has been two weeks since the game was soft launched. Currently Sonic Runners is still available in only Canada and Japan.