Believe it or not, Sonic has an important mission that he has been tasked with. He’s going to reach for the stars. This time, literally.

The JUICE Explorer (Jupiter Icy Moons Explorer) project, which is composed of the European Space Agency and help from the United States and Japan, will feature Sonic the Hedgehog himself as a logo of some of the equipment. SEGA has allowed them to use the character. According to Siliconera:

Sonic will feature as part of the logo of the RPWI (Radio and Plasma Wave Investigation) device currently in development at Tohoku University alongside Swedish, Polish, and French assistance. It was the European staff, headed by Swedish team representative Prof. Jan-Erik Wahlund, who proposed the idea to Sega, as many of the staff had memories of playing the Sonic games, and because Sonic is a hero who has adventured in space many times before. Next to Sonic is a lightning bolt mark that is emblematic of the equipment, and a miniature JUICE explorer.

The equipment will be investigating the icy exteriors of Callisto and Ganymede, two of Jupiter’s moons, for the existence of bodies of water. This will be done via radio wave activity, hence the slogan of “if it’s electrified and wiggles, it’s ours”. This mission is slated to launch in 2022, and arrive at its destination by 2029. 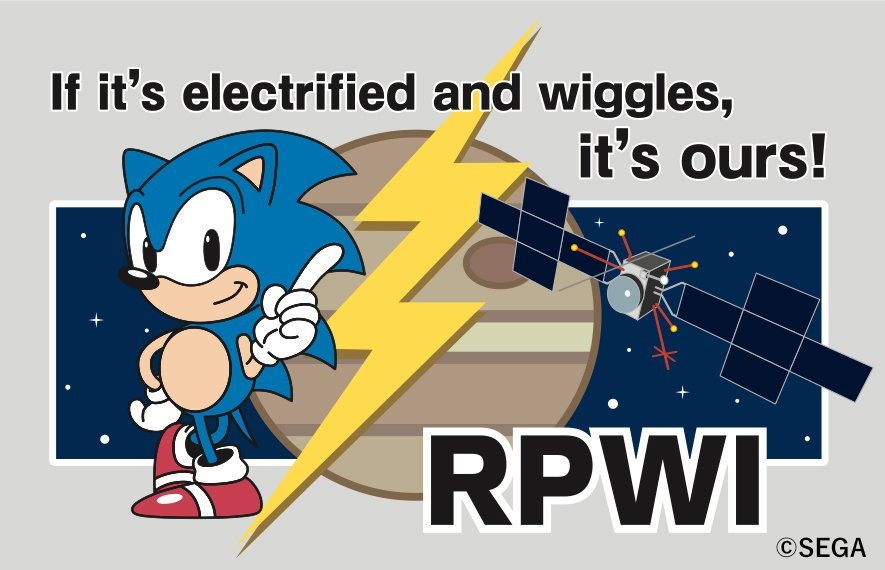