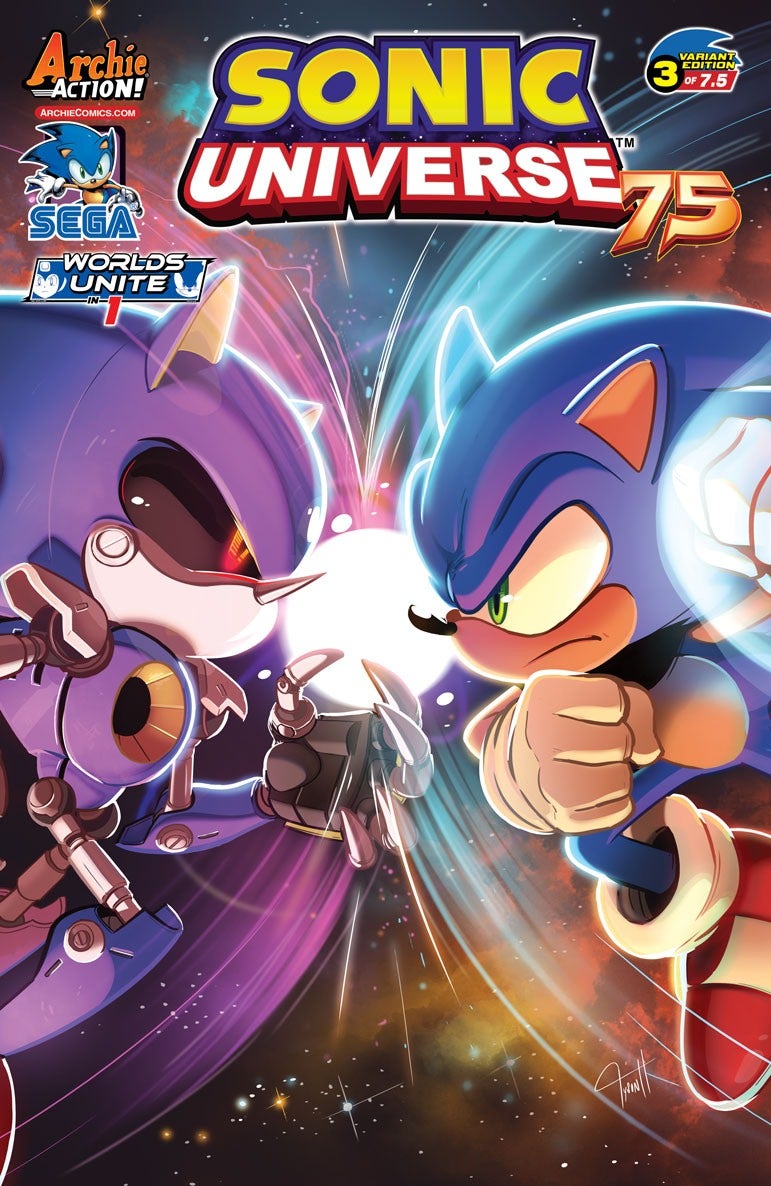 April marks the final month of normality for the Sonic and Mega Man Archie Comics universes before the Worlds Unite saga gets underway. IGN has posted cover art and plot summaries of the month’s Sonic publications. All of them have a countdown to the coming crossover hinting that it all begins around June.

Included is the re-release of the Worlds Collide saga. You can see all covers, including their variants, along with the plot summaries down below.

UPDATE: The other variant covers for Sonic Universe #75 have been found and added to the gallery below.

A multi-part story? In MY Sonic Boom comic?? You got that right! 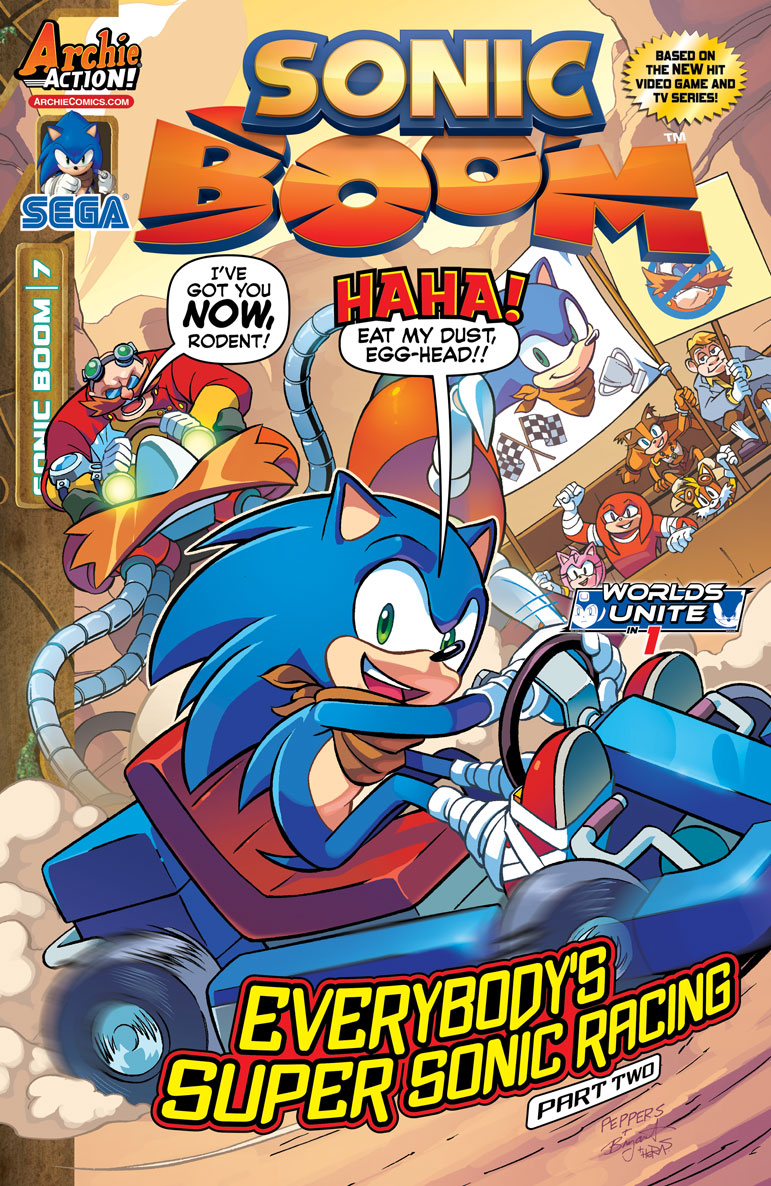 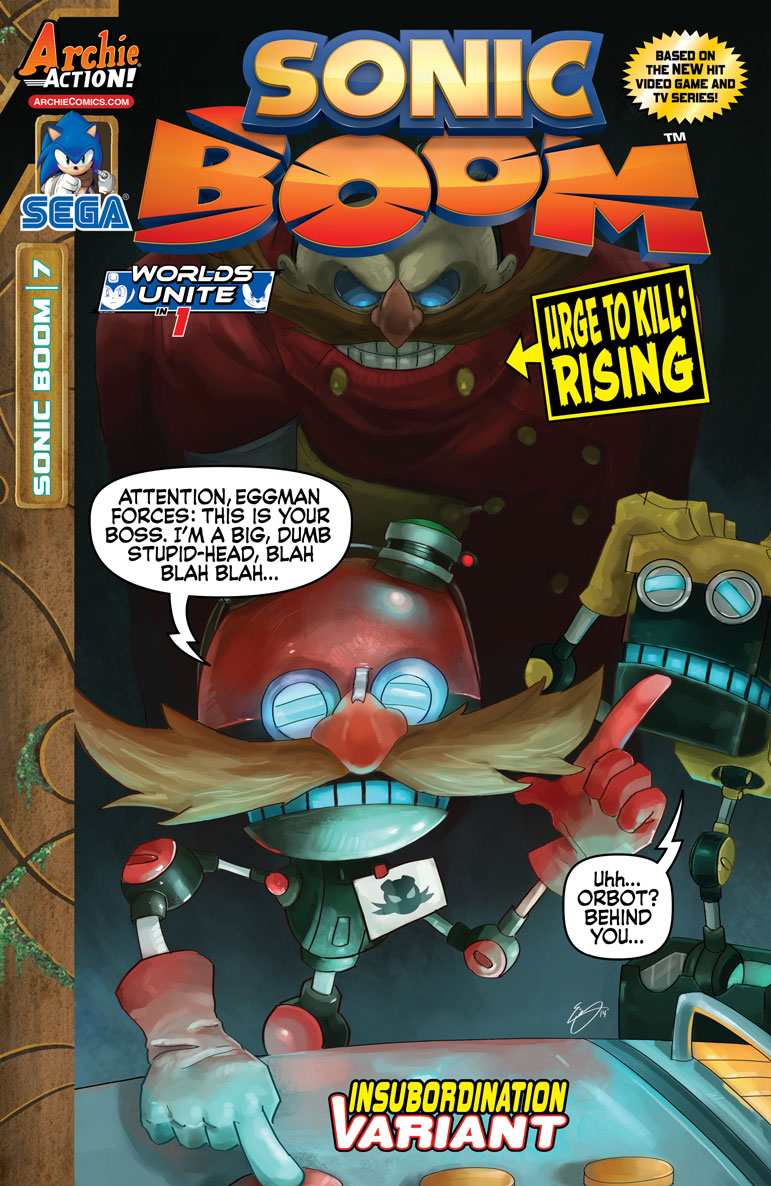 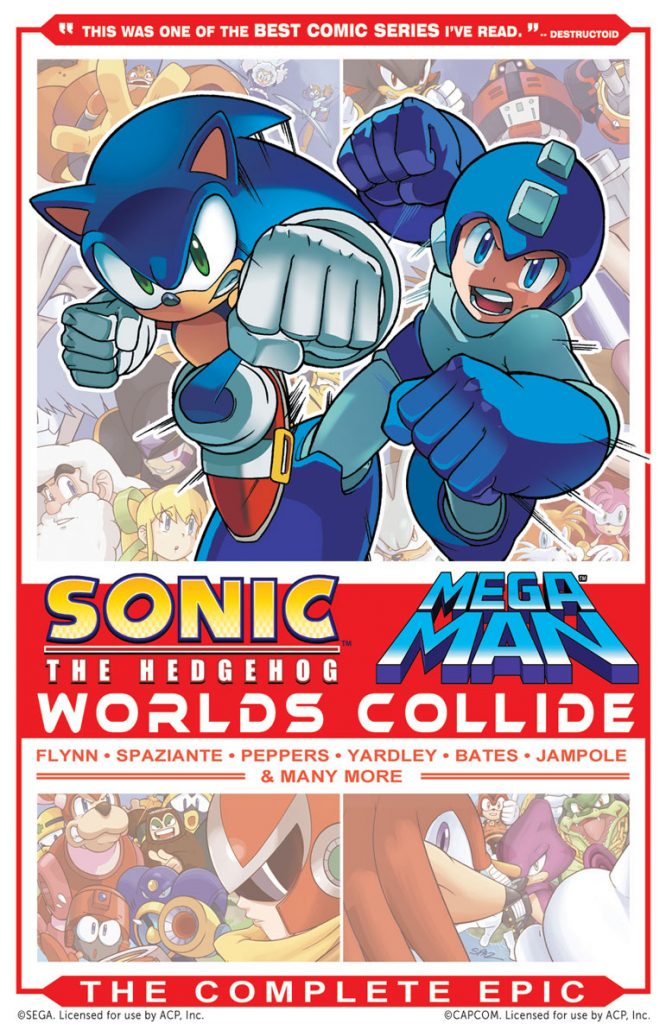 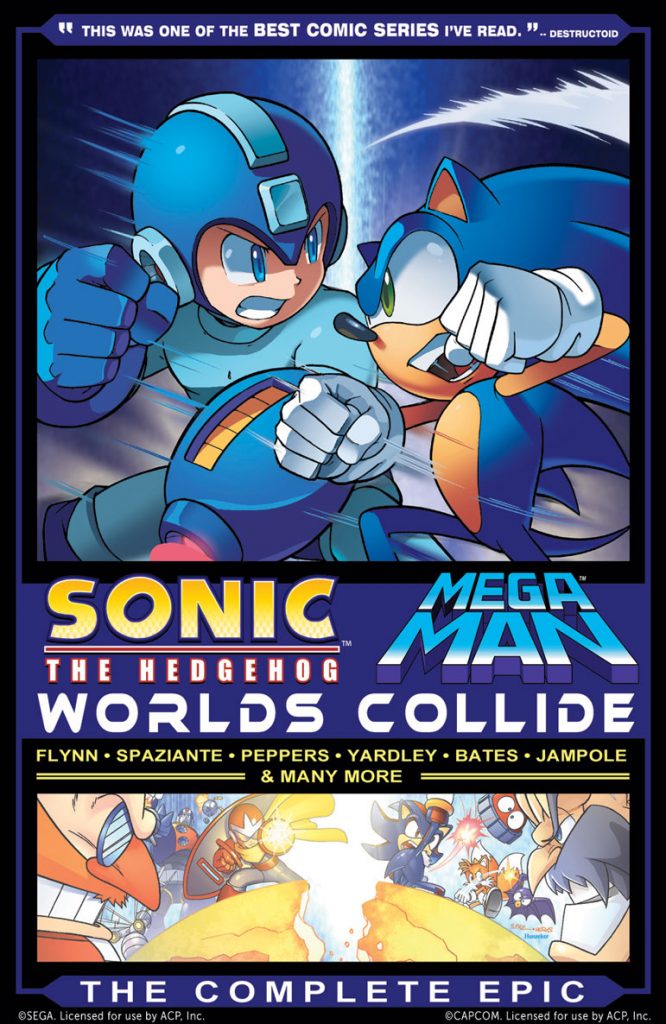 Time is up—the WORLDS UNITE crossover event is almost upon us!

“A Ray of Hope”: As Sonic and the Freedom Fighters continue their journey to save the shattered planet, Sonic and Chip journey to Apotos to uncover the secrets of the Gaia Gate! Meanwhile, Knuckles and the Freedom Fighters take on a TITANIC challenge of their own! Does Sonic have a hope in saving the world? Will battle tear the freedom fighters apart first? Find out the answers to these and more exciting questions as our heroes journey to the much-awaited crossover event of the year—WORLDS UNITE! Featuring new cover art from Edwin Huang (Uncanny Skullkickers) and a crazy-new Metal Sonic game art variant provided by Sega!
Script: Ian Flynn
Art: Diana Skelly, Terry Austin, John Workman and Gabriel Cassata
Cover: Edwin Huang and John Workman
Metal Sonic Game Art Variant Cover provided by SEGA
On Sale Date: 5/13
32-page, full color comic
$3.99 U.S 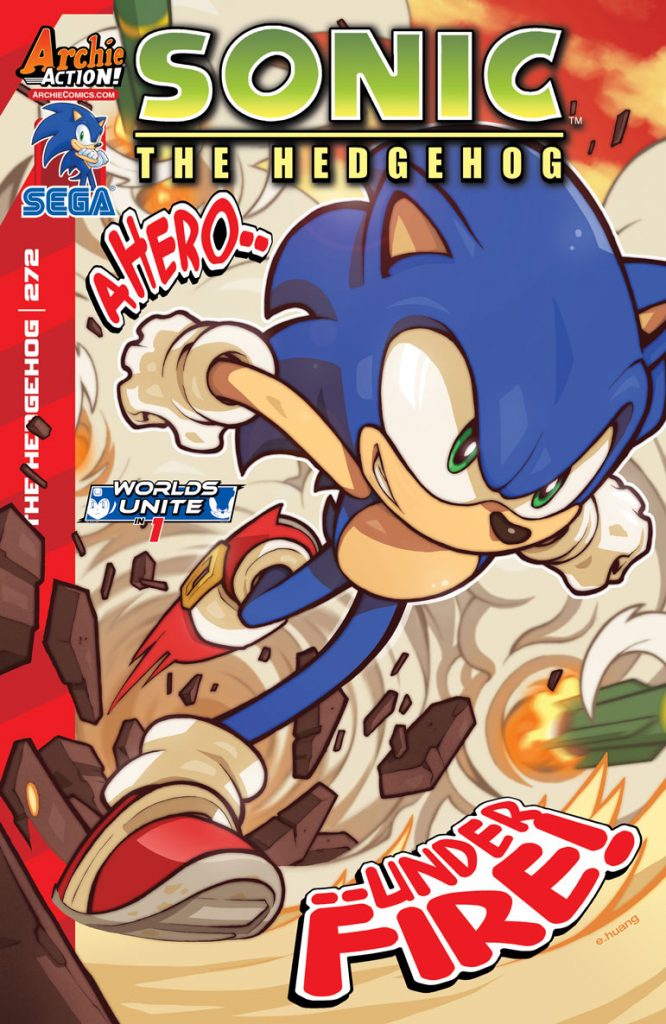 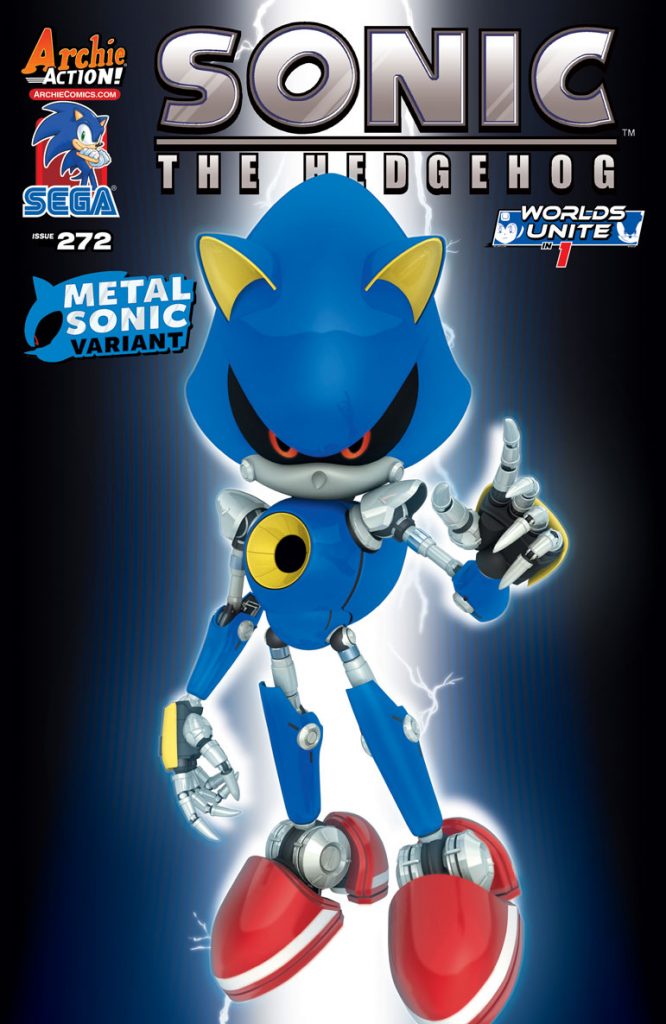