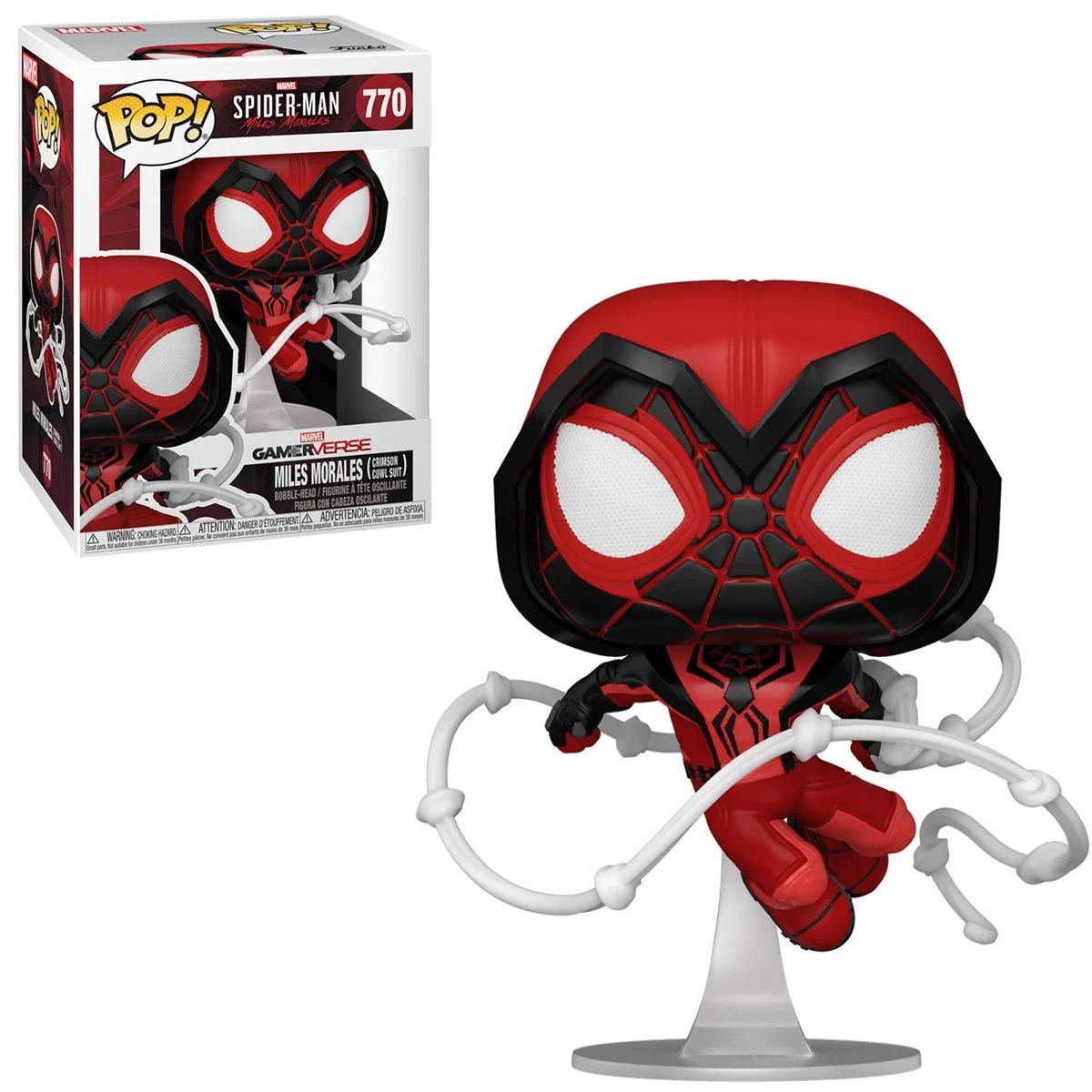 Fans of the Miles ‭Morales version of Spider-Man have much to celebrate at the moment. Multiple comic books, a sequel to the excellent movie Into the Spider-Verse well into development (albeit delayed to later in 2022) and of course Spider-Man: Miles Morales which came out in November and played a starring role in the advertising for the PlayStation 5.

Well, if you enjoyed the game those devious merch hounds over at Funko have revealed even more ways to part with your cash with another wave of collectable POP figures to tie in with the Insomniac Games title. Originally revealed back in November 2020 at the launch of Spider-Man: Miles Morales, the line originally featured three POPs – Miles in his white T.R.A.C.K. (Time Response Activated Circuit Kinetic) suit, his classic black and red outfit and a special Chase version of his classic get-up where he his unmasked all of which are scheduled to drop in March.

Another POP of an street clothes Morales was released in 2018 as a tie-in to the Peter Parker-led video game and can still be found at some retailers.

These will now be joined in April by an additional nine POPs featuring a variety of suits shown in the game. There is in fact eight suits being shown: The Winter suit, 2020 suit, Bodega Cat suit, Advanced Tech suit, Programmable Matter suit, Crimson Cowl suit, the S.T.R.I.K.E suit and the Purple Reign suit. The latter mistakenly being referred to as ‘Metallic Purple’ or ‘Prowler suit’ by other outlets, possibly due to it apparently not having an official boxed picture yet for some reason.

The ninth new POP is actually an alternate version of the Winter suit, with Miles hanging upside down in a classic Spidey pose with a very Morales spin on things. This, as is common with large POP lines, is to be an exclusive for U.S. retailer Hot Topic. Pre-orders for the other eight, as well as those previously announced (minus the Chase version) are already available with specialist online retailers such as Entertainment Earth in the US and UK seller Pop In A Box.