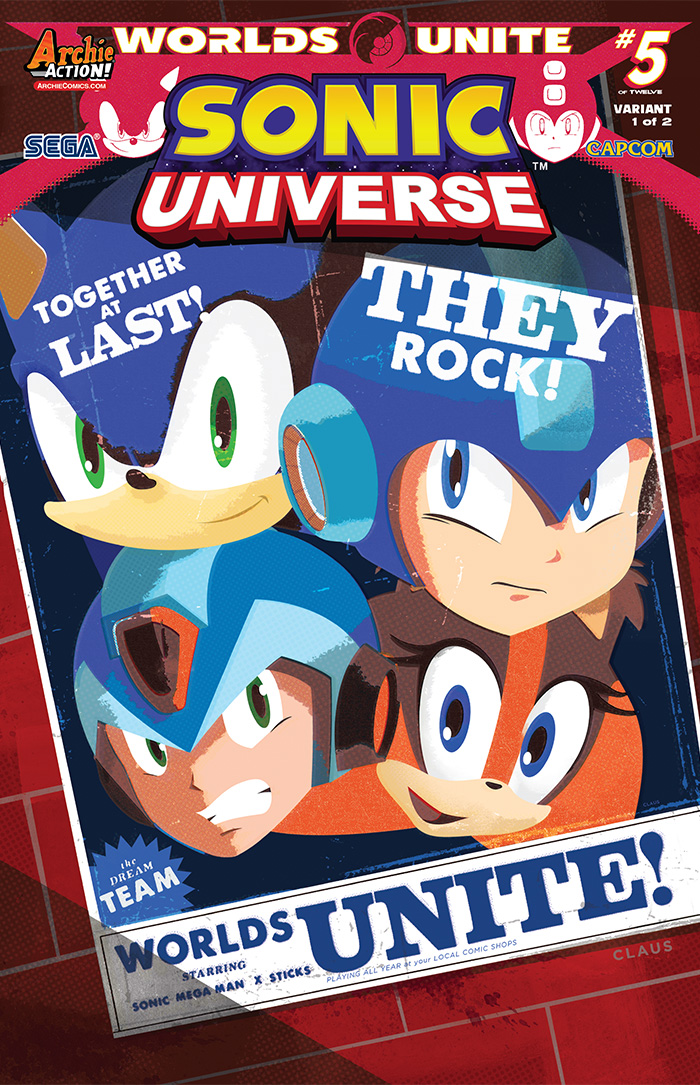 Another Worlds Unite preview to share with you courtesy of Comics Alliance. You can check out the preview and plot solicitation below.

The next exciting chapter in the SONIC/MEGA MAN “WORLDS UNITE” crossover event starts here! “Worlds Unite” Part Five: The worlds of Sonic and Mega Man have been joined together by Sigma, and it’s going to take a full-on army of unified heroes to make it right! Actually—scratch that—it’s going to take some heroes AND some villains! When the mysterious and malicious Xander Payne inexplicably arrives with Drs. Eggman and Wily in tow, our heroes get new insight into Sigma’s plans! Featuring cover art from the legendary Patrick “SPAZ” Spaziante and variant cover art from CLAUS-Justin Harder (Thor: the Dark World, SNL) and part 5 of the epic 12-part connecting variant cover series by artist Ben Bates!
On Sale Date: 6/24 | 32-page, full color comic | $3.99 U.S.