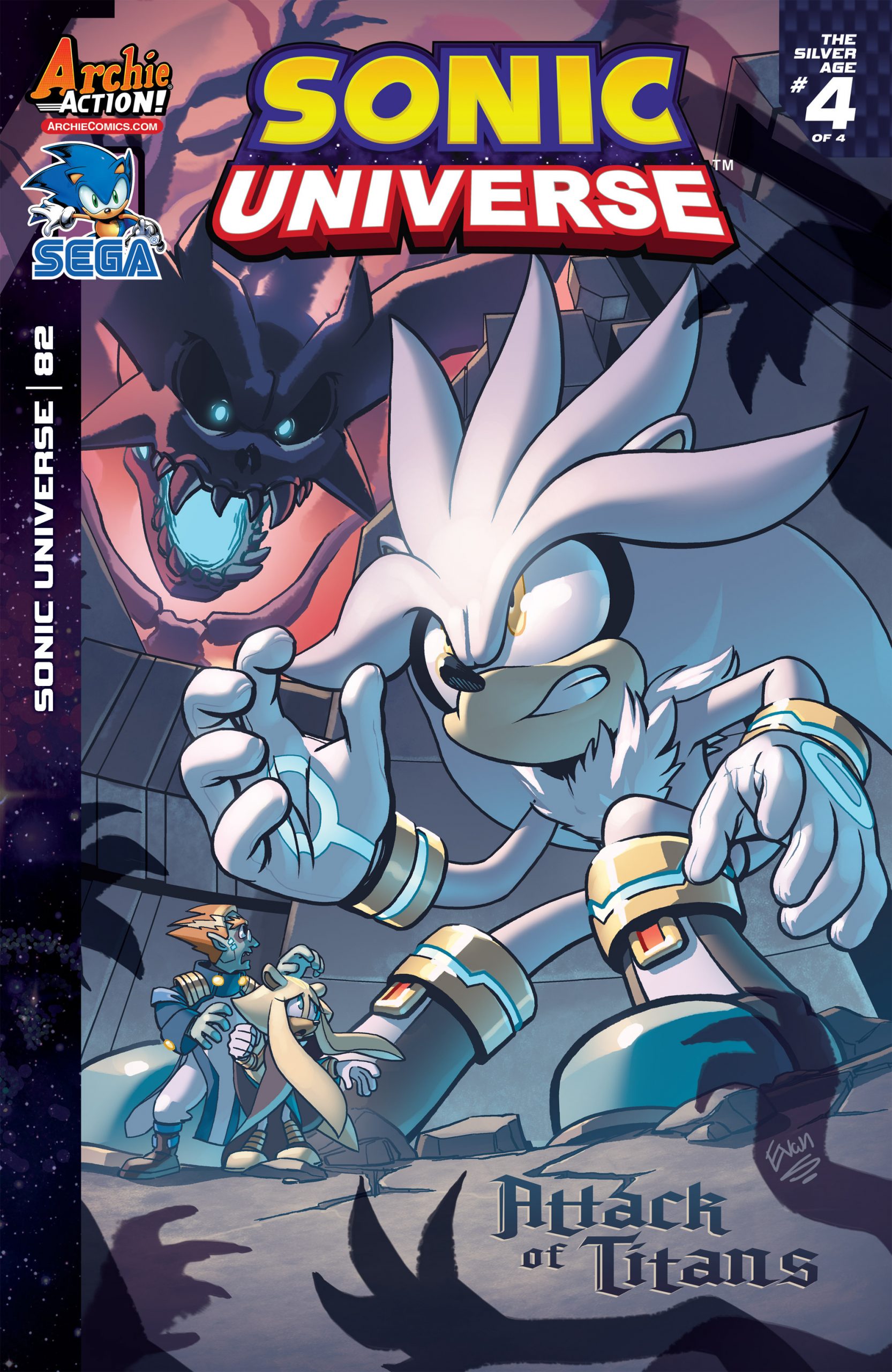 And so another Archie Comics preview has gone up, courtesy of Newsarama. This time, however, it contains some New Year’s remarks from Archie’s Sonic editor Vincent Lovallo:

Here’s a preview of next week’s Sonic Universe #82, which Archie’s Sonic editor Vincent Lovallo calls the beginning of an “action-packed year”.

“2016 is going to be an absolutely action-packed year for Sonic! The Silver Age storyline may have come to a close, but the adventures are really just beginning for the portal hopping hero, Silver,” said Lovallo. “We’ll catch up with the psychokinetic hedgehog and his team another day. Sonic’s arch nemesis will be stealing the spotlight now in Eggman’s Dozen! The mad doctor’s plans for world conquest are in their final stages, but not without some interference from an unexpected enemy. Meanwhile, things are heating up in our main Sonic the Hedgehog title, as Sonic and his band of Freedom Fighters collect the last pieces they need to fix their broken planet. Everything we’ve been building up to in the “Shattered World Saga” will finally reach it’s climax, and believe me, it’s gonna be insane! If that wasn’t enough, this year marks the 25th anniversary of the Blue Blur. Rest assured, we’re going to be celebrating in full force!”

You can check out the plot solicitation and sneak preview below.