Home News Inside The Pages: Sonic The Hedgehog #277 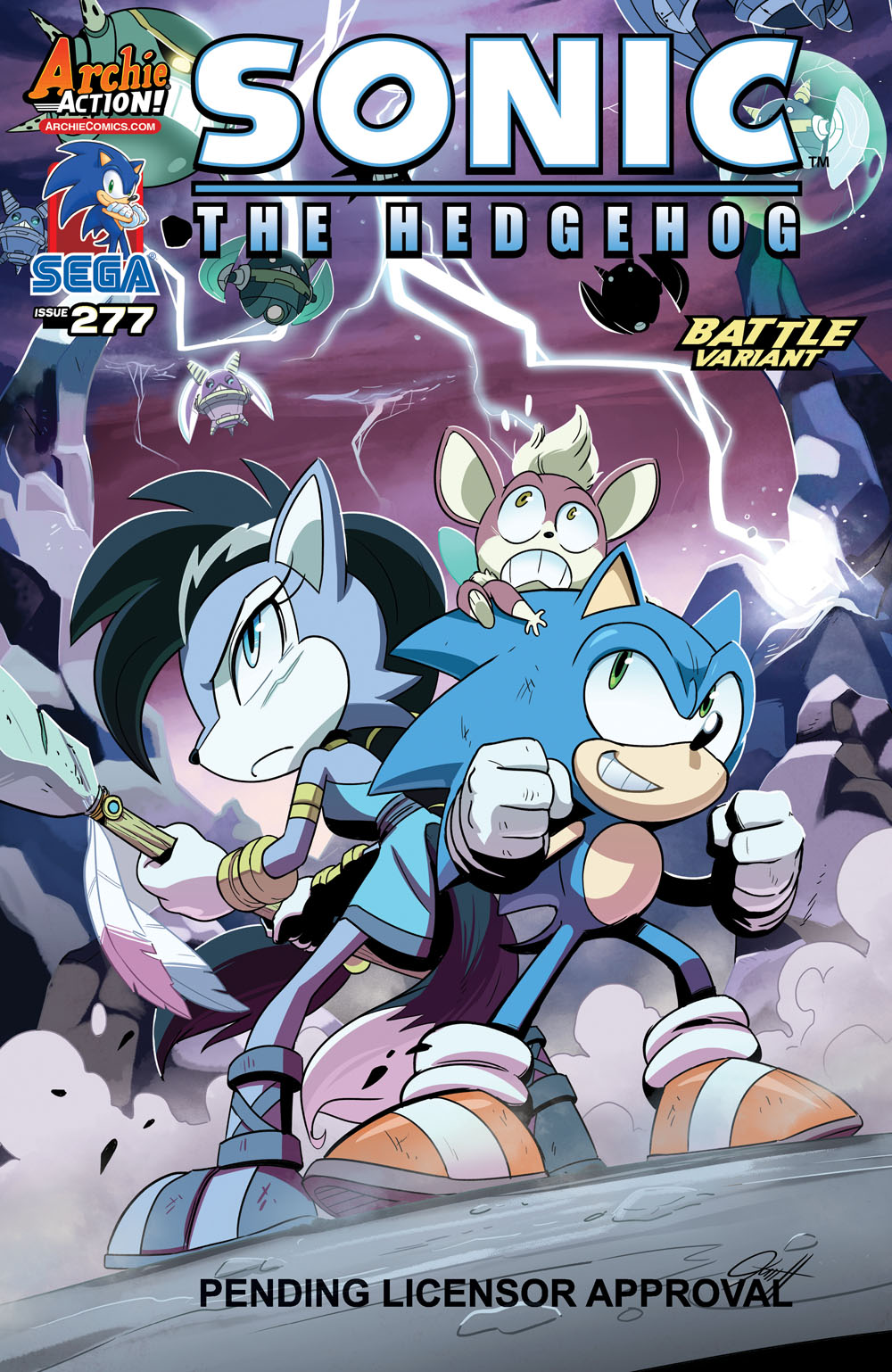 The latest Sonic Archie Comics preview is up, courtesy of Comics Alliance. You can check out the plot solicitation and sneak preview below.

SONIC TAKES THE LEAD in the race to fix the planet! “Thunder, Rain and Lightning”: Sonic and the team link up with Lupe to destroy one of Dr. Eggman’s super badniks! How does this tie into fixing the shattered world? And just what secrets does Lupe keep? Then, in “Hidden Costs” Part One, Sally and Bunnie hunt down the final Chaos Emerald—which is in the heart of Egg Boss Clove’s forbidden territory! Featuring cover art from jammin’ Jamal Peppers and a “BATTLE!” variant from Sonic comics all-star Tyson Hesse!