Home News Inside The Pages: Sonic The Hedgehog #271 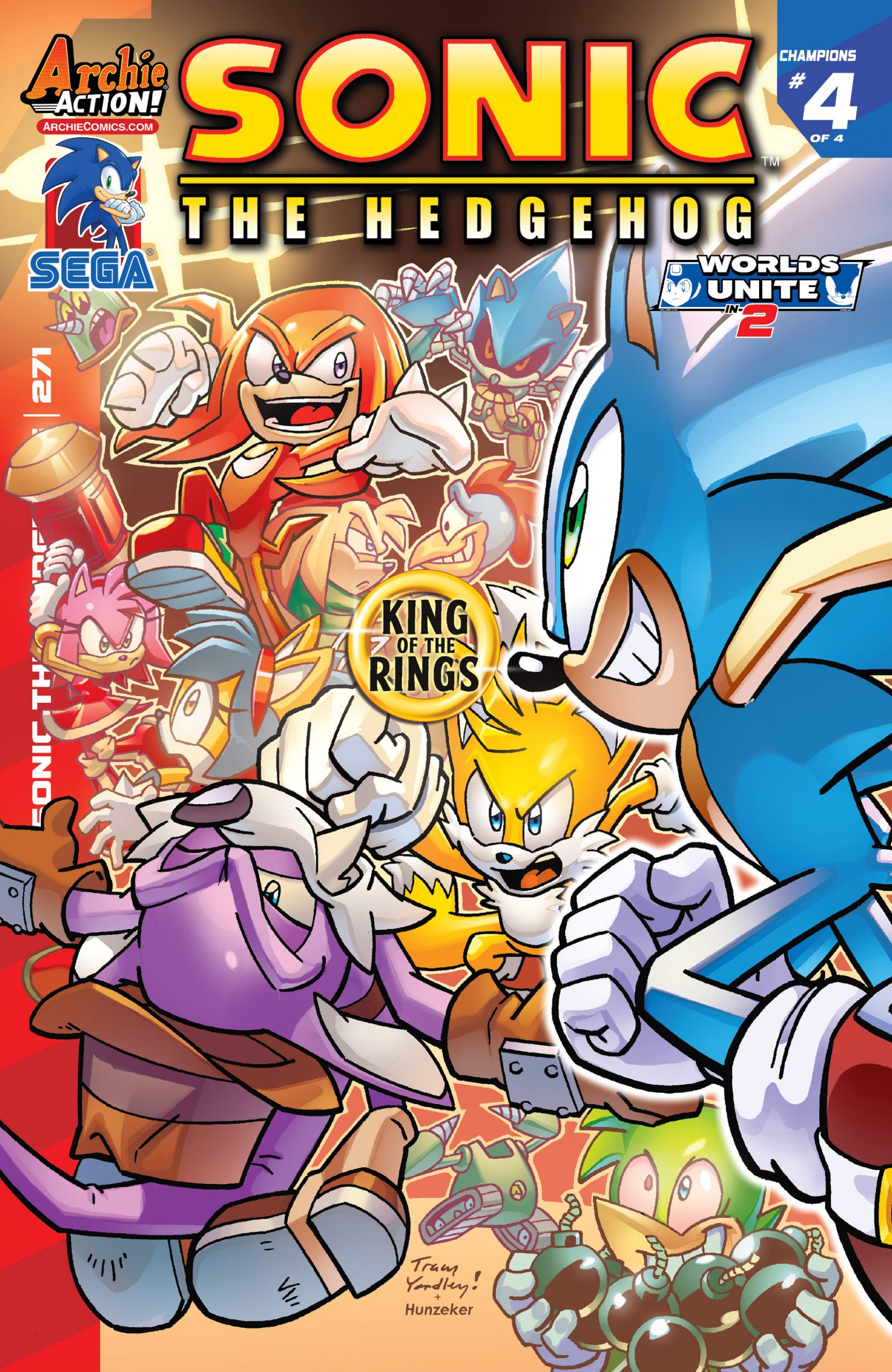 This time it is issue 271 of the main Sonic Archie Comic series and the finale of the “Champions” arc. The comic releases in a few days. You can see the text solicitation and sneak preview below.

Grab a front row seat for the finale to the brawl-iest, punch-iest, contest-iest Sonic comic saga yet! “Champions” Part Four: It’s the battle you’ve all been waiting for (again!): Sonic versus Knuckles—for the title and the Chaos Emerald!  The old rivalry blazes to life as the True Blue and Rad Red throw down for glory—and for the fate of the entire world!  But with the vengeful Hooligans waiting in the shadows, and Metal Sonic en route, will they even get to finish their fight, or will their foes beat them to the punch? Featuring new cover art from Sonic art legend Tracy Yardley and a super-special new ARCADE VARIANT by the latest Sonic art superstar RAFA KNIGHT!

This post was originally written by the author for TSSZ News, images replaced and expanded by LMC in 2020.

Heroes of the Storm: A New Map, ALOT of Madness!