Home News Inside The Pages: Sonic The Hedgehog #267 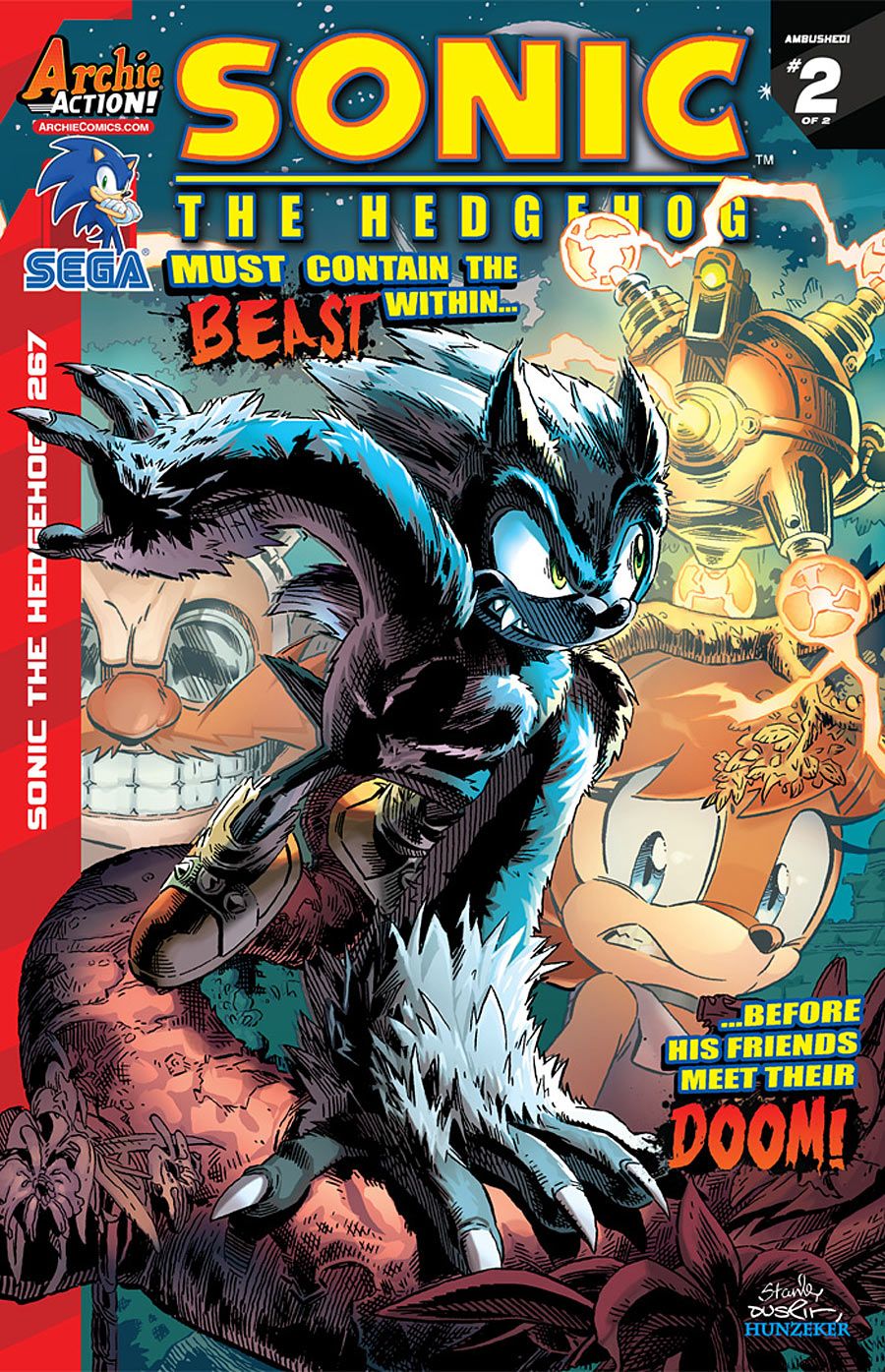 Another Sonic comic five-page preview and plot summary has arrived, courtesy of Arcade Sushi. This time it’s Sonic the Hedgehog #267, which goes on sale in less than a week. You can see both below.

The thunderous conclusion to the latest Sonic story arc crashes to a close at lightning speed! “Ambushed!” Part Two: Sonic’s gotten himself into a hairy situation! The savage Werehog threatens to erupt from within, and the vengeful Egg Boss Thunderbolt attacks from without! What’s a cursed hedgehog to do? Unfortunately he won’t get by with a little help from his friends—the Freedom Fighters are far too busy fighting for their lives against three killer E-100 robots!