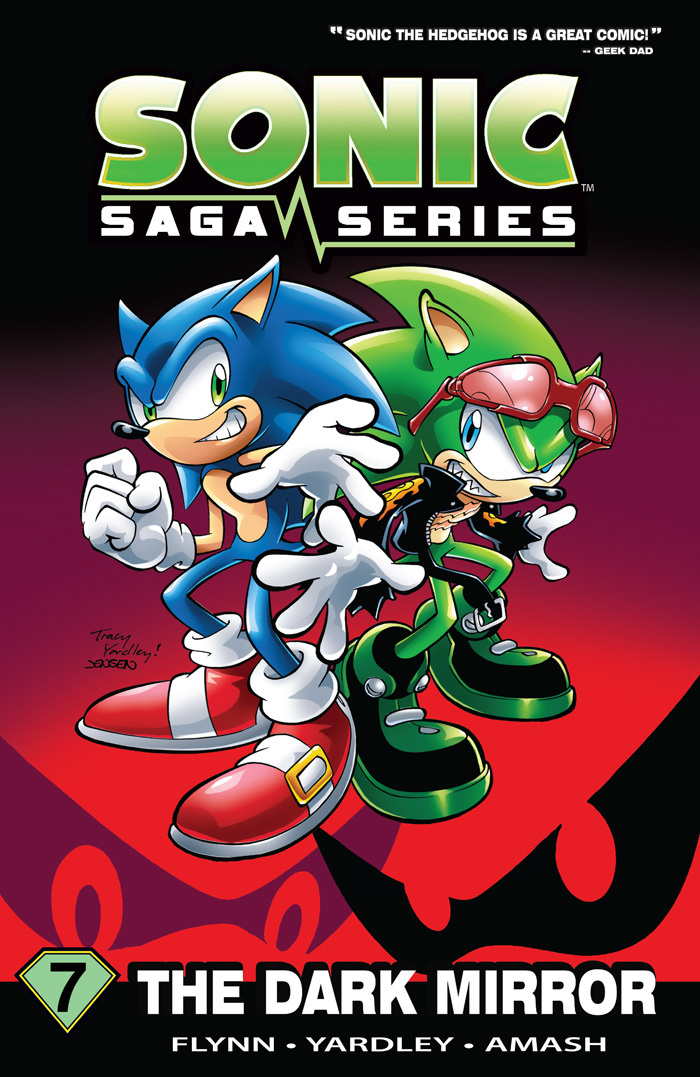 Remember the Sonic Saga Series? It has been 5 months since we have last had a new instalment. Until now. Sonic Saga Series #7 releases today with a look at some of the Moebius saga. You can see the text solicitation and preview that was published below.

Blast into the action at Sonic speed with the continuation of the Sonic Saga graphic novel series! In this volume, Scourge the Hedgehog, Sonic’s evil twin, is on the attack! Leading to a full-scale invasion, Scourge’s goal is none other than TOTAL domination—with Sonic by his side? Not to be left out of the melee, Dr. Eggman has joined the fight with Metal Sonic and a brand-new Metal Scourge by his side! Is the battle over before it even begins? And what will Sonic’s answer be to Scourge’s offer of conquest? All the excitement lies within Sonic Saga Series vol. 7, which collects stories from Sonic the Hedgehog #190-194.