As we all know, Steam is the go-to place for all your daily deals and delights for the PC. One feature that is very regular – and very unpredictable – is the Daily Deal, 24 hour flash sales that knock a game’s price down dramatically, but temporarily. And today, that game is SEGA and Arkedo Studio’s Hell Yeah! Wrath Of The Dead Rabbit.

If you have Steam and want to get it for the PC, now’s your chance, as it is a whopping 75% off it’s RRP. Over here in the UK, that’s a reduction from £9.99 to £2.49. So if you want to try this mix of Adventure, Rabbits and random acts of Hell-based madness, it’s well worth a try.

The offer ALSO extends to the DLC for the game too. You can also pick up the Pimp My Rabbit costume pack and Virtual Rabbit Mission pack at 75% off too, saving a lot of money. So you can get the whole game – plus extras – for a knock down price.

Prices in other countries will, of course, vary. But the percentage off will be the same. The offer lasts until 6pm BST (British Summer Time) on the 18th April. So act fast!

[If you are unsure if your PC can run the game, please check the specifications on the Steam page for more information here. A demo is available for the game and is free of charge]

[Source for this story is the official SEGA blog here] 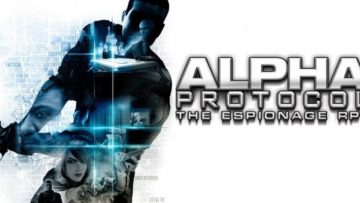