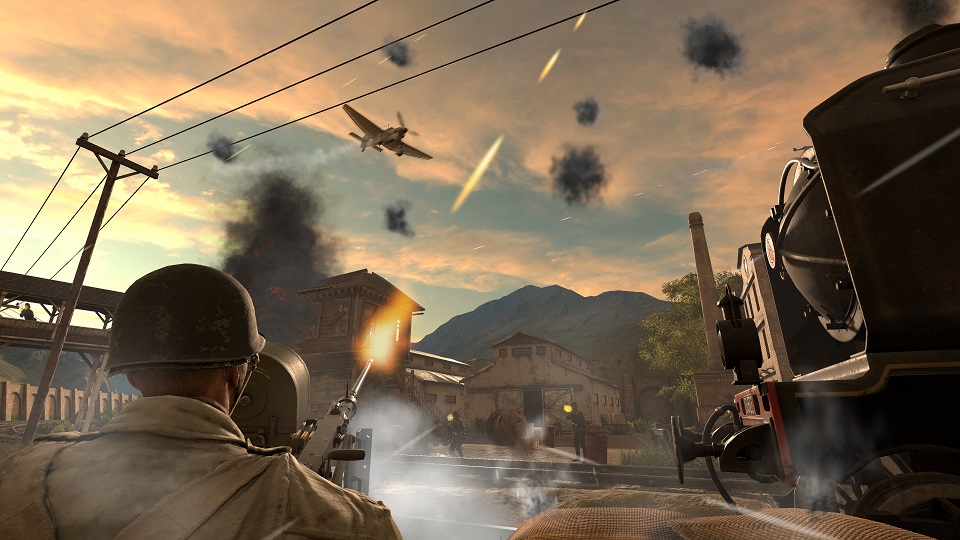 Created by Vive Studios’ first-party developer Fantahorn Studio, Front Defense is a highly-polished, arcade-style room-scale VR shooter set in the final days of World War II’s European theater. The invasion of Normandy is over. The fiercest firefights of the war have just begun. Front Defense immerses players in the role of an Allied Forces hero fighting the last relentless onslaught by the Axis in a fictional European town. Hunker down behind well-armed positions as you duck, dive, switch and reload weapons, throw grenades, and man mounted guns to fight back the enemy assault. Use heavy weaponry against increasingly brutal enemy soldiers, arm the Bazooka or call in airstrikes against armored cars and heavy tanks, and man the thunderous 50-Cal to take down suicidal Stuka dive bombers. From the opening salvo, Front Defense uses the power of VR and the precision of Vive’s room-scale to deliver one of the most intense war shooter experiences ever created.