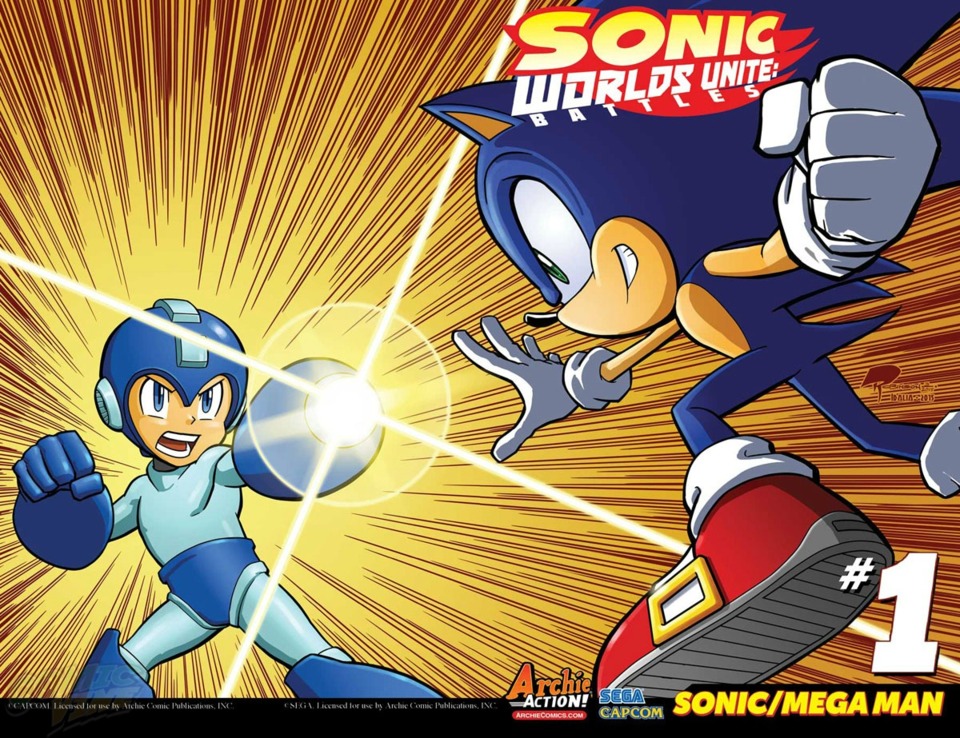 The Worlds Unite news continues with details on the first Sonic Worlds Unite battle book, including covers and the text solicitation. We also have gotten the second to last mosaic poster part that will be included in chapter eleven of the crossover. It’s likely that the covers and text solicitation to the final chapter will be shown tomorrow and the final mosaic poster part will go up on Friday.

You can see all of today’s revealed material below.

ALL-NEW DIRECT MARKET-EXCLUSIVE special! There are so many epic battles in the SONIC/MEGA MAN crossover event that the biggest brawls of the bunch have exploded into their very own book! Twelve issues just isn’t enough to contain all the frantic action of “Worlds Unite!” The action spills over into this second special stand-alone issue where an all-star cast of creators bring you an extraordinary all-action issue! Watch as Sonic battles the Deadly Six, Knuckles throws down with Break Man, and Sticks… goes after Roll?! LET’S GET READY TO RUMBLE! Also featuring variant cover art from Roger and Idalia Robinson, and a special wrap-around sketch variant by Sonic and Mega Man superstars Evan Stanley & Jamal Peppers! 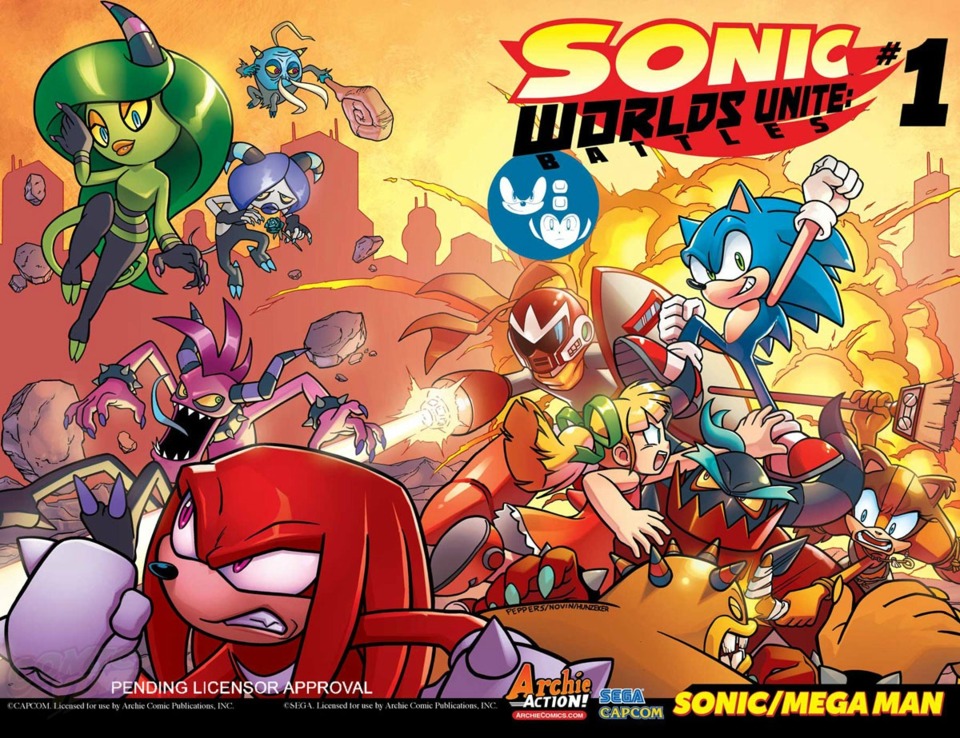 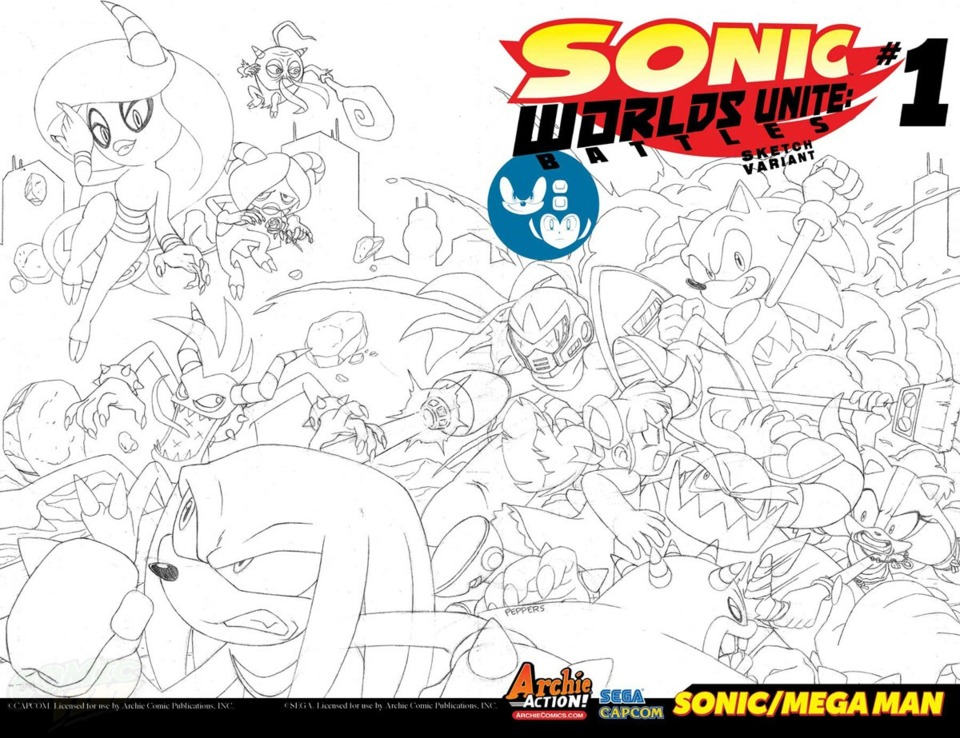