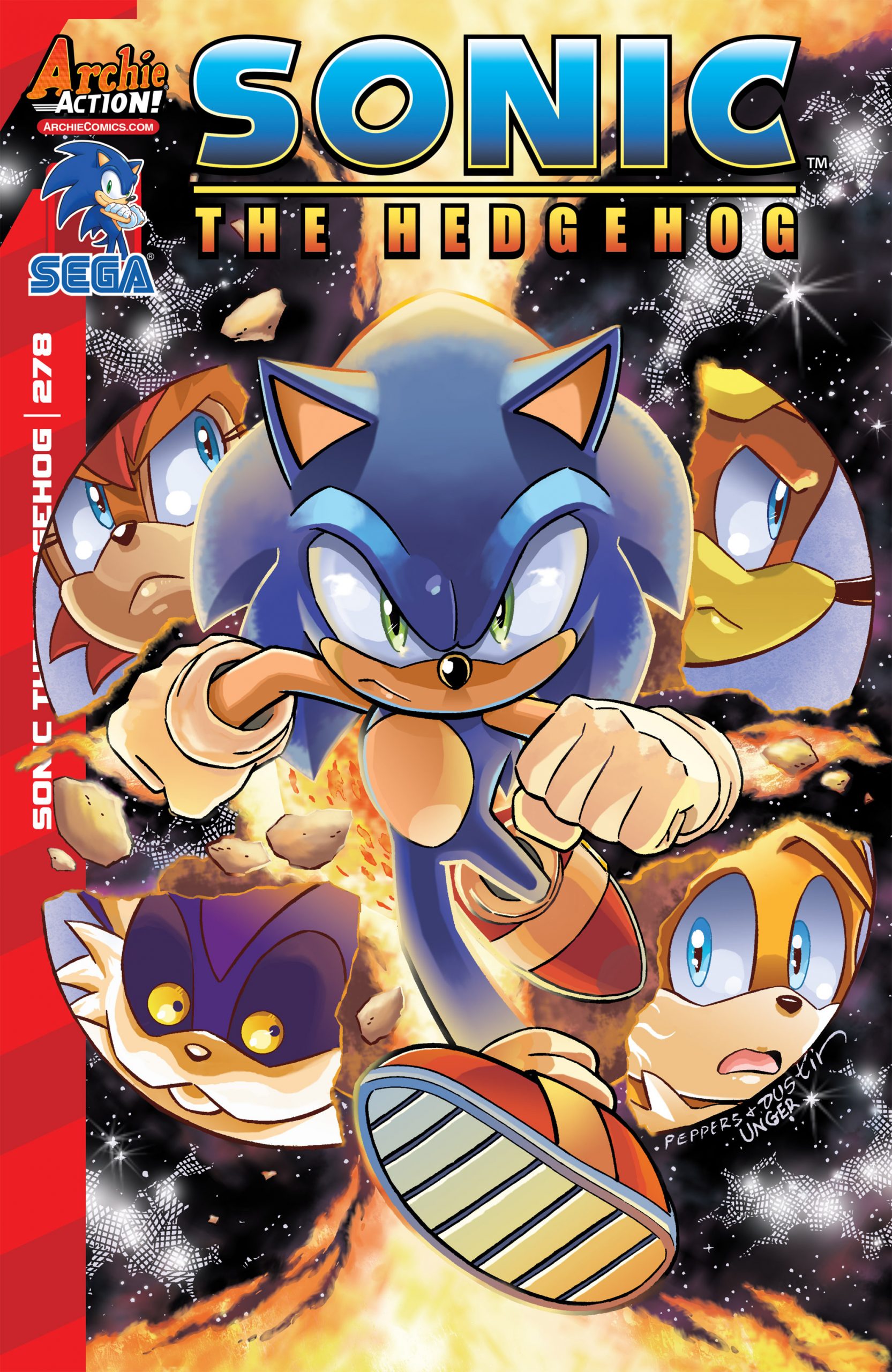 By the time pumpkins being sprouting with the coming of Halloween the Worlds Unite crossover will have long concluded. That doesn’t mean there won’t be any further content related to the matter though.

The plot solicitation and covers to six upcoming Sonic comic books from Archie have been revealed via Arcade Sushi including an issue containing the first four chapters of Worlds Unite. You can check them all out below.

Brace yourself for the SONIC BOOM! The hit multimedia Sonic experience comes to you in the action-packed, laugh-a-minute comic book series! Sonic and his friends Tails, Amy, Knuckles and Sticks find themselves caught up in more zany adventures! Dr. Eggman asks the question: “Where does a one ton, fearsome gorilla sit?” The answer: “Wherever he politely asks to!”—wait, what?! Dr. Eggman has a problem-how can he betray the trust of the villagers when they don’t trust him to begin with? The mad mechanic pulls out all the stops to woo the weary would-be victims, but he gets more than he counted for when Sonic and his pals decide to become his
staff! Then it’s off to the races as Dr. Eggman goads Sonic into competing in a go-kart race! Sonic puts the pedal to the metal-because if he put his feet to the track, he’d win without question! But there’s no way Dr. Eggman will run a clean race! This volume collects SONIC BOOM #5-7 and #11. 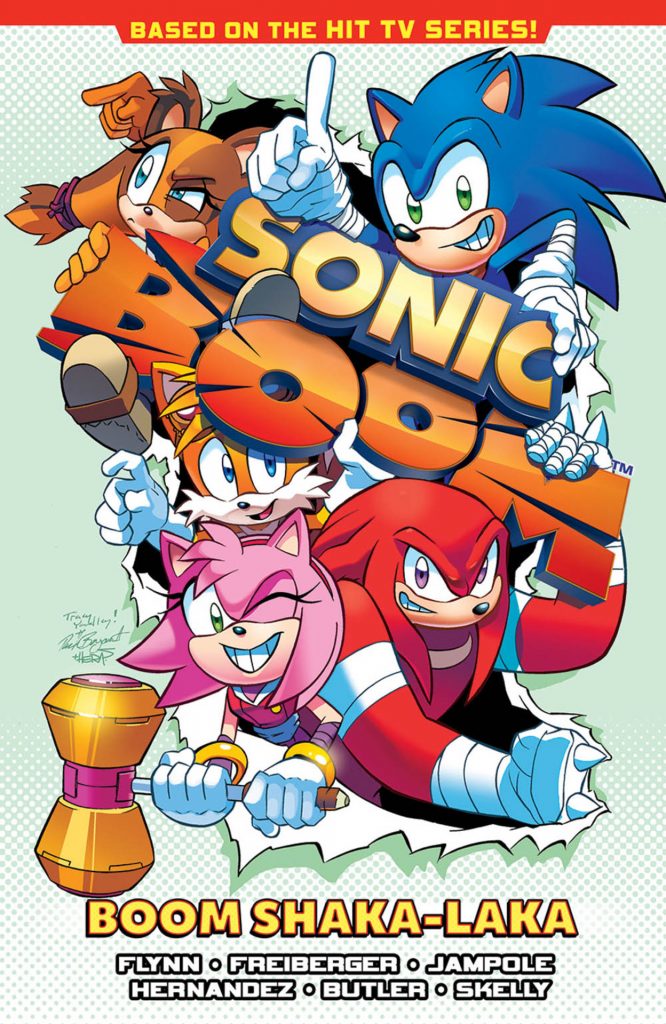 The sequel to the record-shattering Sonic the Hedgehog and Mega Man crossover is here! You saw what happened when “Worlds Collide,” now brace yourself for when WORLDS UNITE! Dark forces have come together in the far future! The vicious conqueror, Sigma, has cheated death again and escaped the justice of X and the Maverick Hunters. He’s crossed space and time to join forces with Zavok and the malicious Deadly Six of Lost Hex! Sonic and Mega Man could save us-but they’ve gone missing! Now the Freedom Fighters of Sonic’s world and the Robot Masters of Mega Man’s world must take up the fight to save their heroes and stop the coming tide of darkness! WORLDS UNITE features guest appearances by the cast of SONIC BOOM, MEGA MAN X and some of CAPCOM and SEGA’s biggest stars! This volume collects WORLDS UNITE parts 1-4 from Sonic Universe #76, Sonic Boom #9, Sonic the Hedgehog #273, Mega Man #50 and selections from Mega Man: Worlds Unite Battles #1. 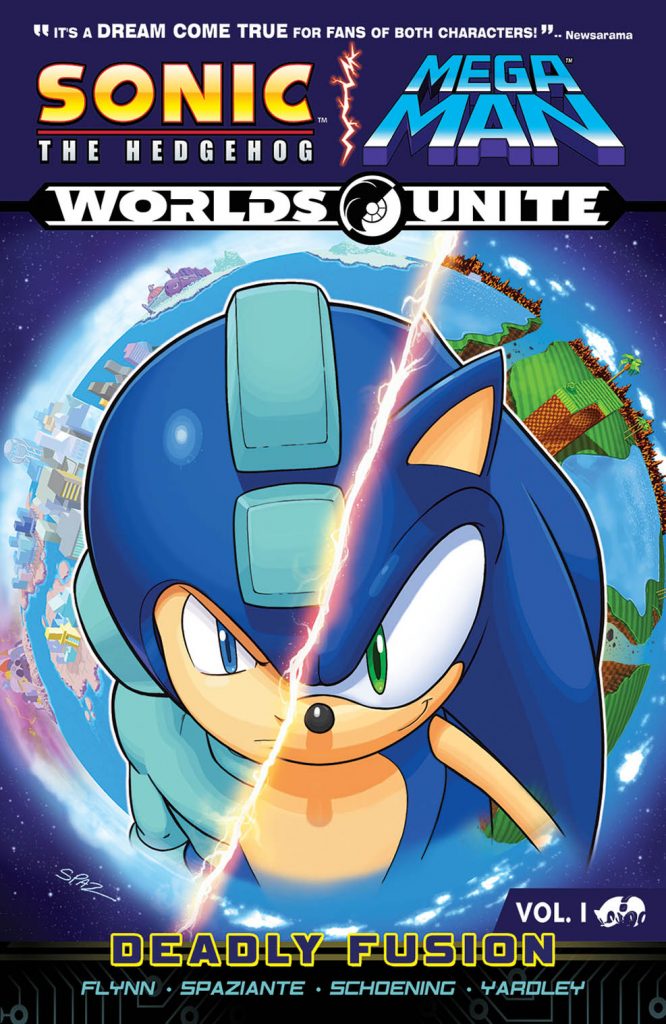 The SONIC SAGA graphic novel series returns! This volume is all out WAR! Dr. Eggman’s forces have grown thin and his city is destroyed. It’s time to strike! Sonic leads the Freedom Fighters and the Chaotix in a high-speed blitz to liberate the world! But Dr. Eggman’s army won’t go down without a fight-or will they? Even as the dust settles, a new conflict threatens to blaze up out of the ashes! What is the Iron Dominion, and is their fearsome might too much for Sonic to handle? And what role does Dr. Eggman’s lackey, Snively, play in all this? It’s all action and intrigue in this latest installment of the SONIC SAGA SERIES! Collects select stories from Sonic the Hedgehog #s 199-202. 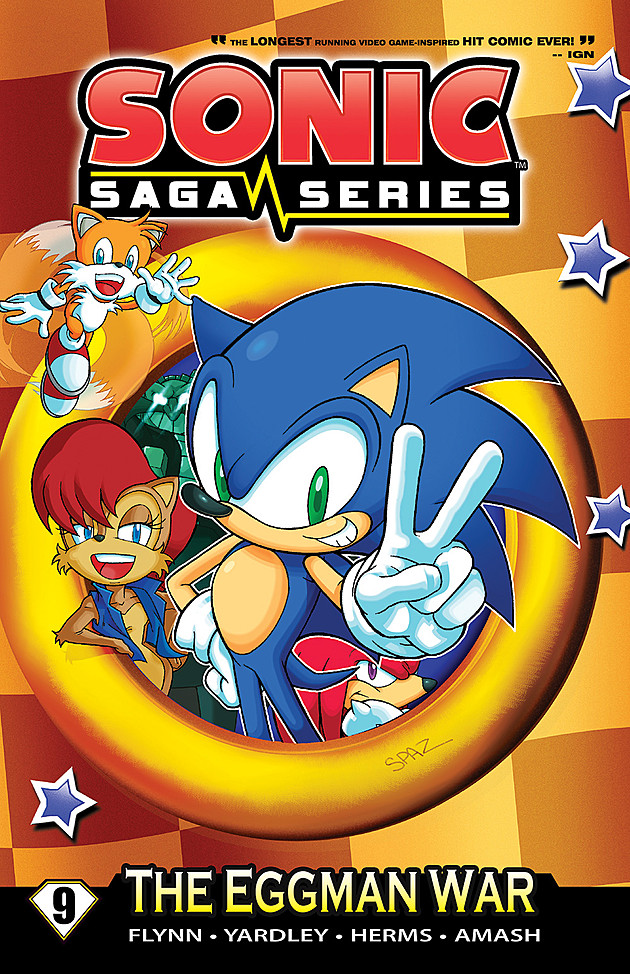 Get ready for fun & adventure—it’s Sonic Super Digest! Don’t miss all the classic fun and adventure you love in stories from the comics’ 20+ year history as Sonic and his friends embark on daring adventures, face evil villains and save the day one chili dog at a time! Spin into the fun that only Archie Comics and Sonic Super Digest can bring! Featuring awesome cover art from Tyson Hesse and story & art from the biggest names in Sonic comics history! 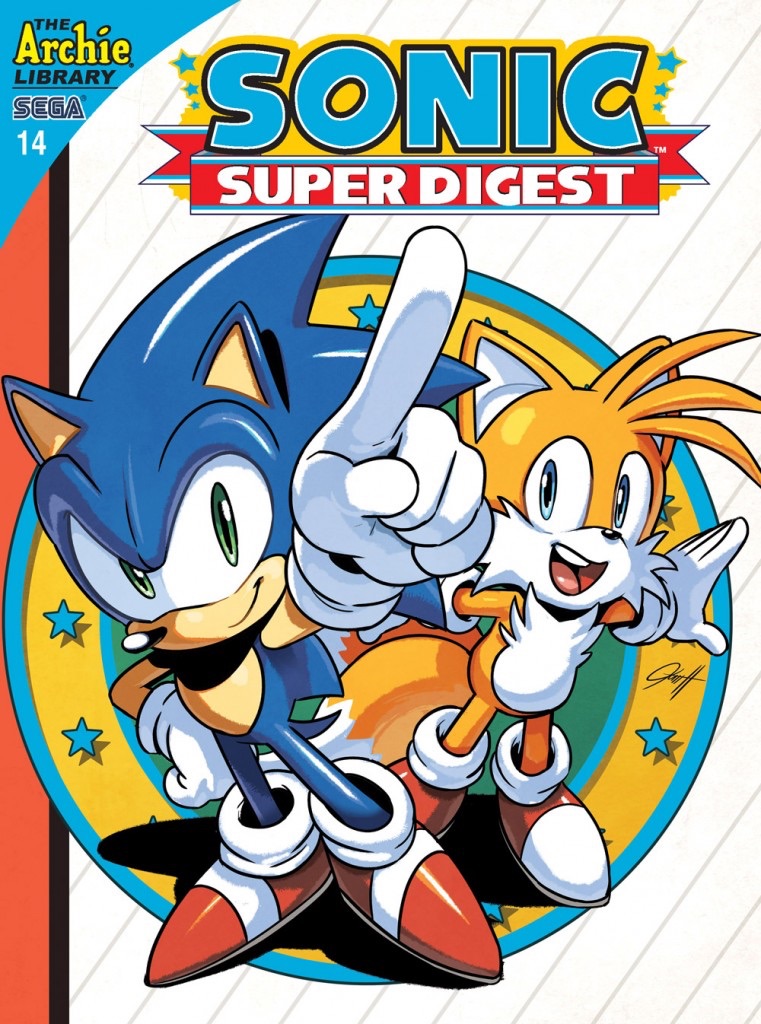 SONIC’s planet-wide chase CONTINUES! “Face of the Enemy” Part One: Sonic, Antoine and Big head to Shamar to rescue another Gaia Key Guardian! They’re calling in the reinforcements and getting some help from the local Freedom Fighters-but will that really be enough to get past the fearsome Egg Army? Then, in “Hidden Costs” Part Two: Get ringside seats to Bunnie vs. Cassia. It’s the can’t-miss Cyborg fight of the century! Featuring cover art by jamming Jamal Peppers and a “Maniacal” variant By CG artist Rafa Knight! 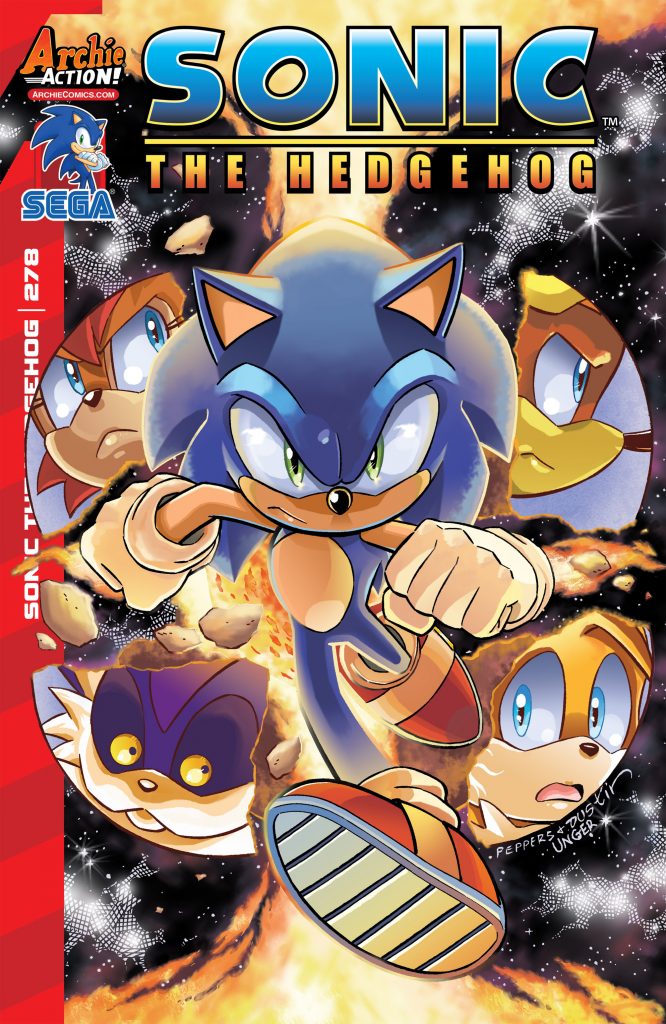 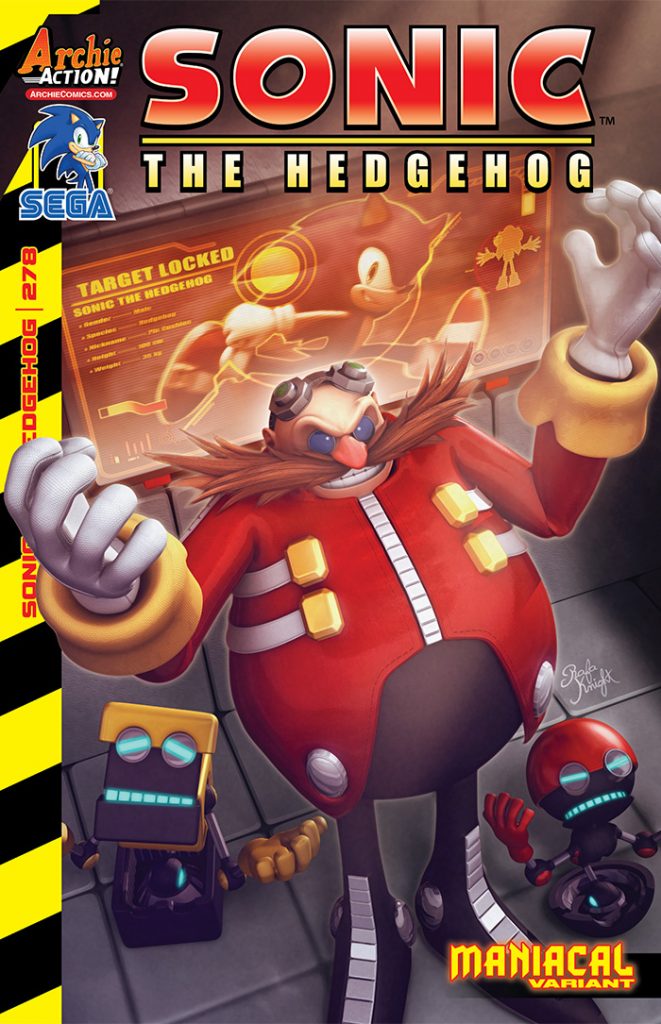 SILVER FIGHTS for his FUTURE in “The Silver Age” Part 3: Silver is at the mercy of the heartless council, but their cold nature is nothing compared to the evil then unleash! Gold’s mysterious past is now revealed, as well as how it’s tied to the current calamity. Will it be up to Silver to save his future once again? Featuring cover art by long-time Sonic Comic artist, Tracy Yardley and a “To the Future” variant by newcomer Adam Bryce Thomas! 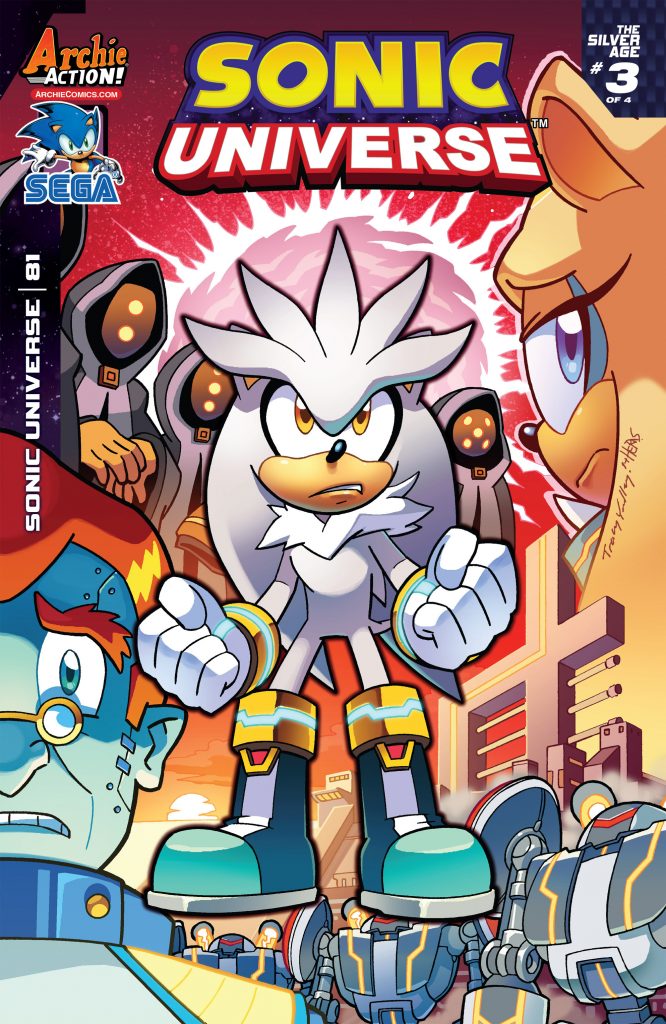 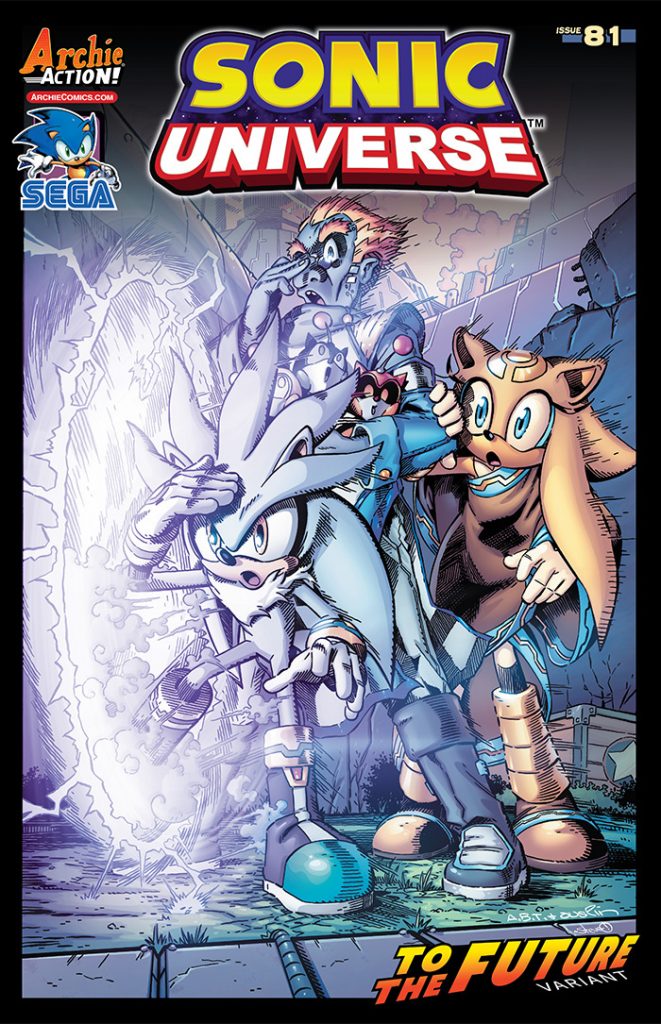 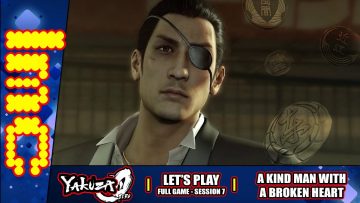 Kevin
739
The world of dreams is more powerful than you know.