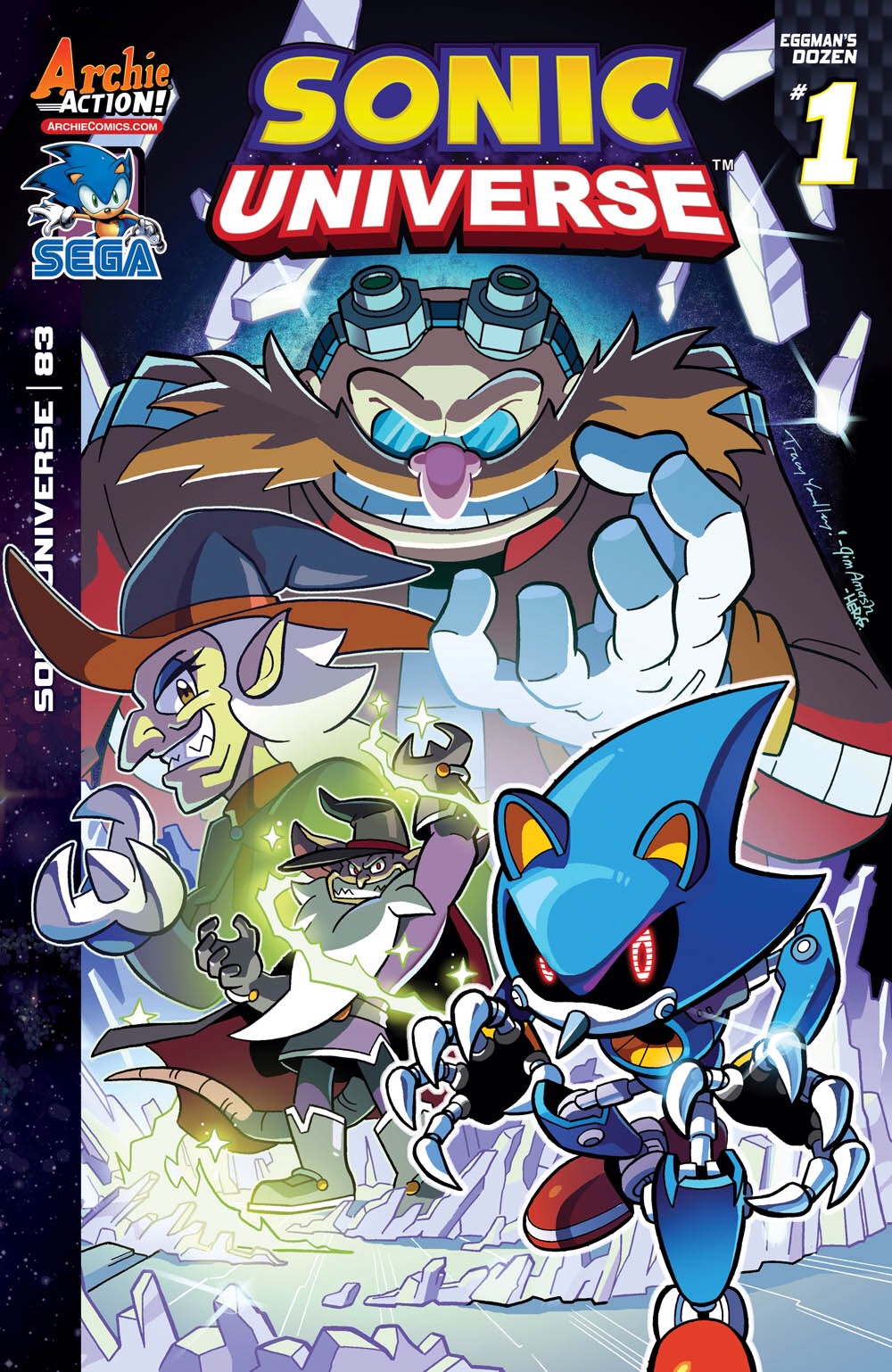 At last we know what Archie Sonic comics will end 2015 and begin 2016 thanks to Comic Book. The Unleashed story arc continues along with a new Sonic Super Digest. You can check out everything below.

SONIC SUPER DIGEST #15
Sonic Comic Origins continues this month with an ALL-NEW story featuring Razor the Shark! This never-before-seen tale showcases an EXCLUSIVE back-story to the underwater side of the new Sonic Comic universe with one of the most popular new characters to debut in the series! It’s a real splash this month in Sonic Super Digest! Plus, don’t miss all the classic fun and adventure you love in stories from the comics’ 20+ year history as Sonic and his friends embark on daring adventures, face evil villains and save the day one chili dog at a time! Race into the fun that only Archie Comics and Sonic Super Digest can bring! Featuring super-duper cover art from Tyson Hesse and story & art from the biggest names in Sonic comics history!
Script: Ian Flynn
Art: Adam Bryce Thomas, Rick Bryant, Jack Morelli, Matt Herms & Various
Cover: Tyson Hesse
On Sale Date: 1/13
128-page, full color comic
$4.99 U.S. 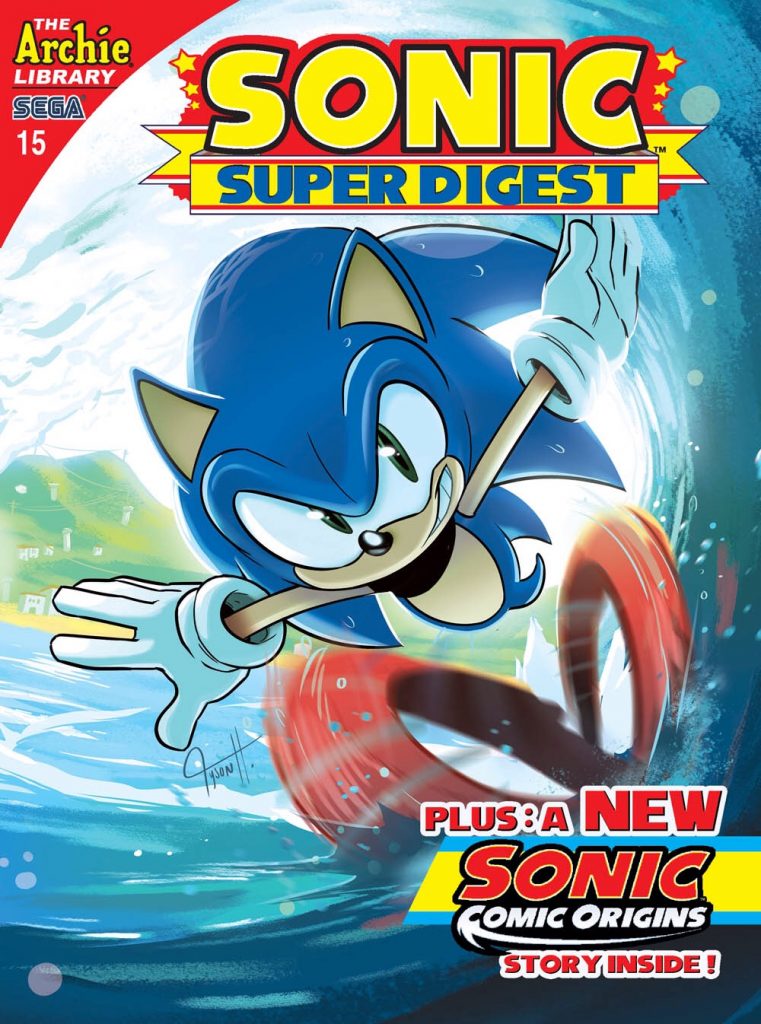 SONIC THE HEDGEHOG #280
SONIC’S WORLD TOUR CONTINUES in, “Keys to Victory”: Sonic, Tails and Chip head to the Efrikan settlement of Mazuri to find the next set of Gaia Keys—but they’ll have to go through the tough and menacing Axel, the Egg Boss of the Efrika Egg Army, to find them!  While deep in the heart of the Gaia Temple, Chip finds something incredible—but you’ll just have to wait and see what it is! Then, in “A Special Occasion,” Sally and Rotor are one girl’s only hope in a family emergency! Featuring awesome cover art by jamming Jamal Peppers and an “Altered Beast” variant by the exquisite Erik Ly!
Script: Ian Flynn
Art: Jamal Peppers, Jennifer Hernandez, Terry Austin, John Workman & Gabriel Cassata
Sonic the Hedgehog #280 CVR A Reg: Jamal Peppers, Terry Austin & Ben Hunzeker
Sonic the Hedgehog #280 CVR B Variant: Erik Ly
On Sale Date: 1/13
32-page, full color comic
$3.99 U.S. 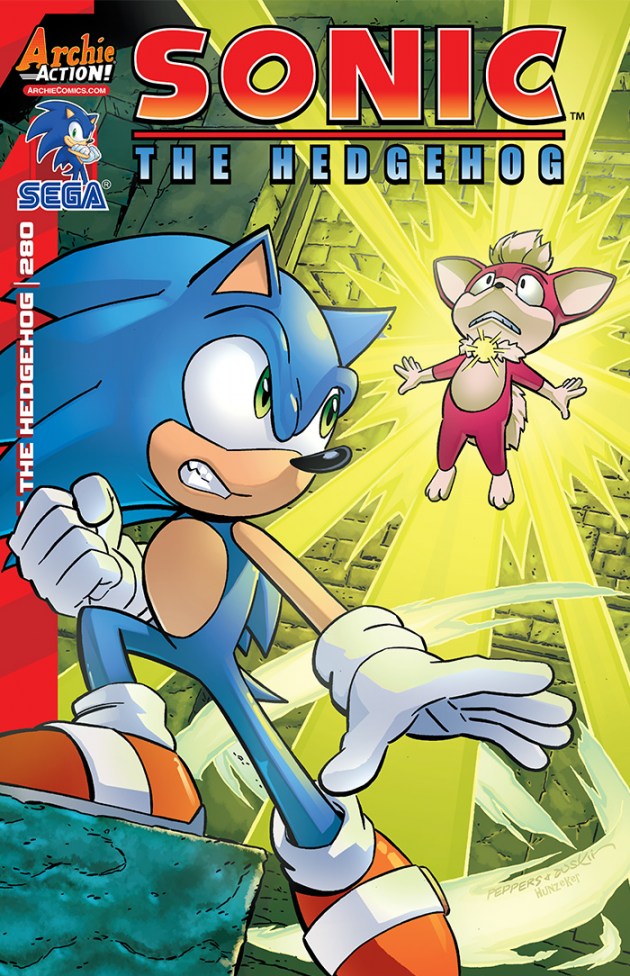 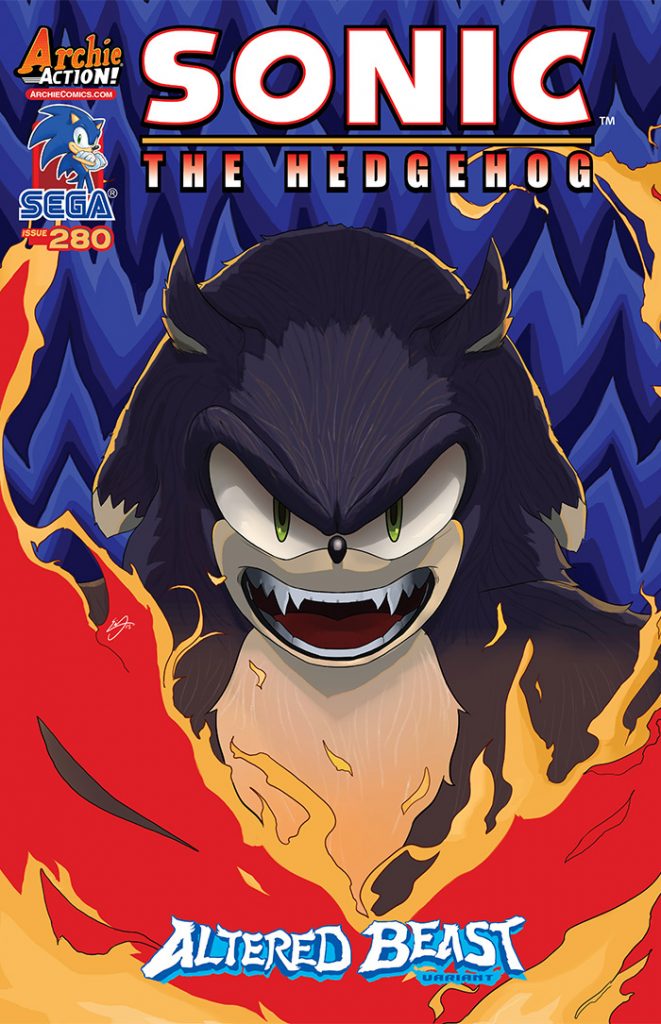 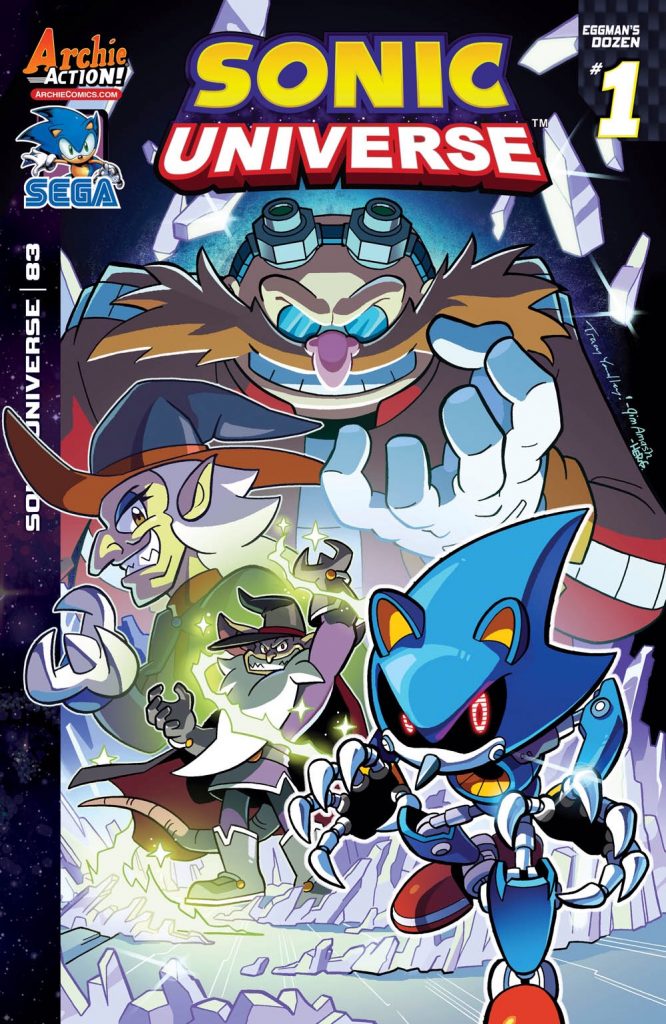 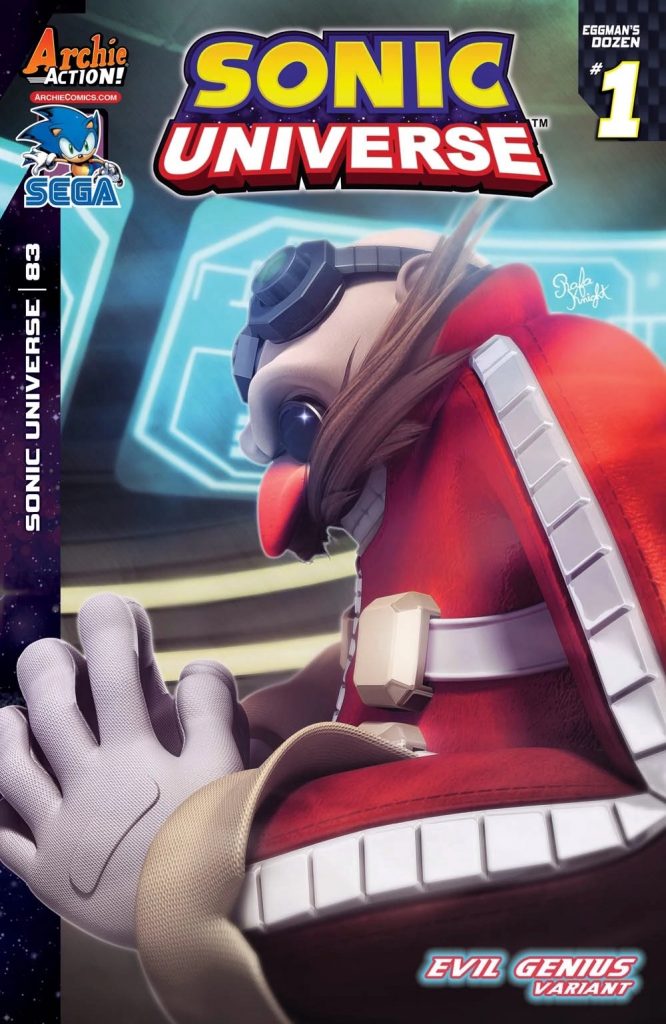