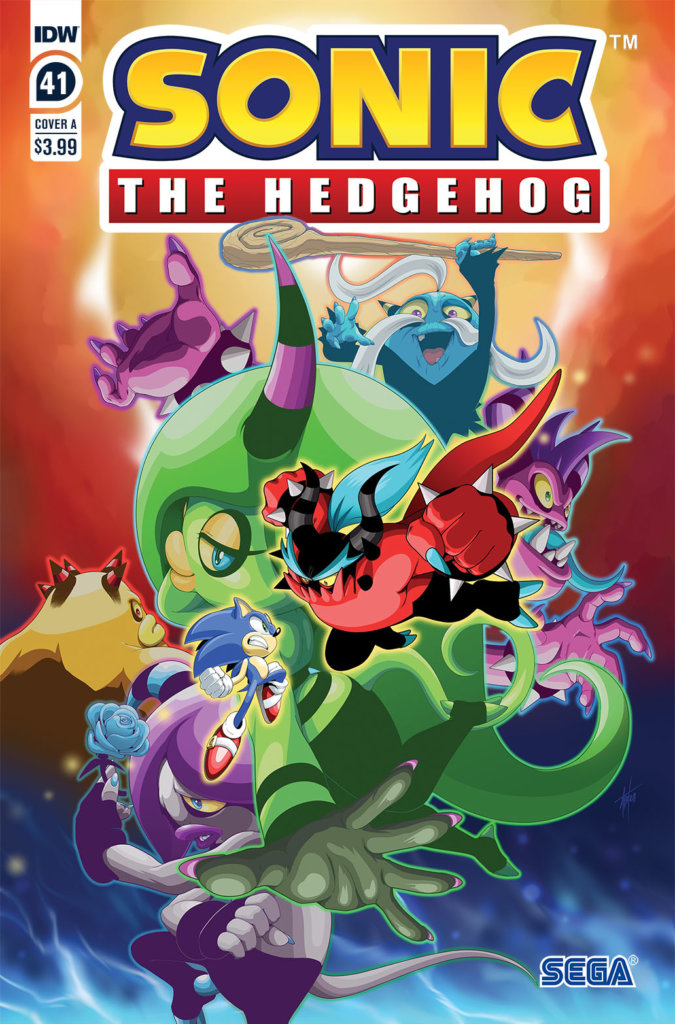 IDW Sonic’s journey continues into a brand new year, courtesy of the unveiling of a first look at Sonic the Hedgehog issue #41. The issue is going to be releasing in May for $3.99, so you’ll have to wait a few months.

Although Ian Flynn is not the head writer for the comics anymore, as that position now belongs to Evan Stanley, he’s back to do some more writing for the team in a new IDW Sonic story arc called “Zeti Hunt”. Here’s the plot text summary and the issue’s cover art:

The Deadly Six are still on the loose and attacking towns. Jewel the Beetle recruits Sonic’s friends the Chaotix to find and stop the Zeti, but Zavok of the Deadly Six is looking for his minions, too—he’s angrier than ever and wants to reunite. The Chaotix will have to act quickly to outsmart the Deadly Six!

Additionally we’ve got some clean versions of the cover art, posted by artist Adam Bryce Thomas.

Destiny Is Hunting You In New Mortal Kombat Movie Trailer

Numskull Designs Has Unveiled A Range Of Official Xbox Accessories