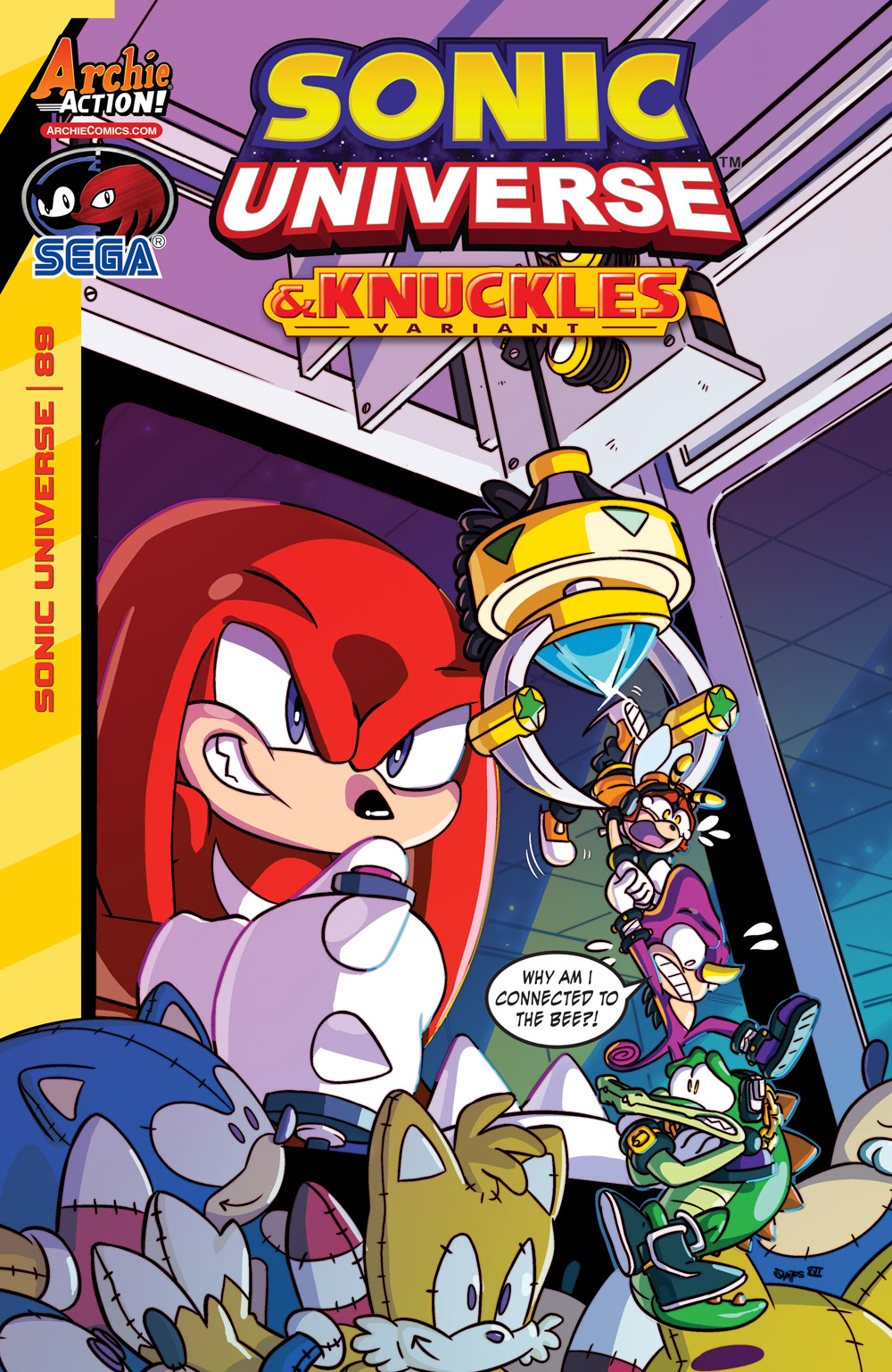 A new preview of future Archie Sonic comic releases have surfaced, courtesy of ComicAlliance. All the info, including covers, can be seen below.

Get ready for supersonic action & adventure—it’s Sonic Super Digest! Don’t miss all the fun and excitement you love in stories from the Sonic the Hedgehog, Sonic Universe and Sonic Boom™ comic series! Sonic and his friends embark on daring quests, face epic challenges and run rings around the evil Dr. Eggman! Dash into adventures that only Archie Comics and Sonic Super Digest can bring! Featuring awesome cover art by SEGA and story & art from the biggest names in Sonic comics history!
On Sale Date: 9/7
128-page, full color comic
$4.99 U.S. 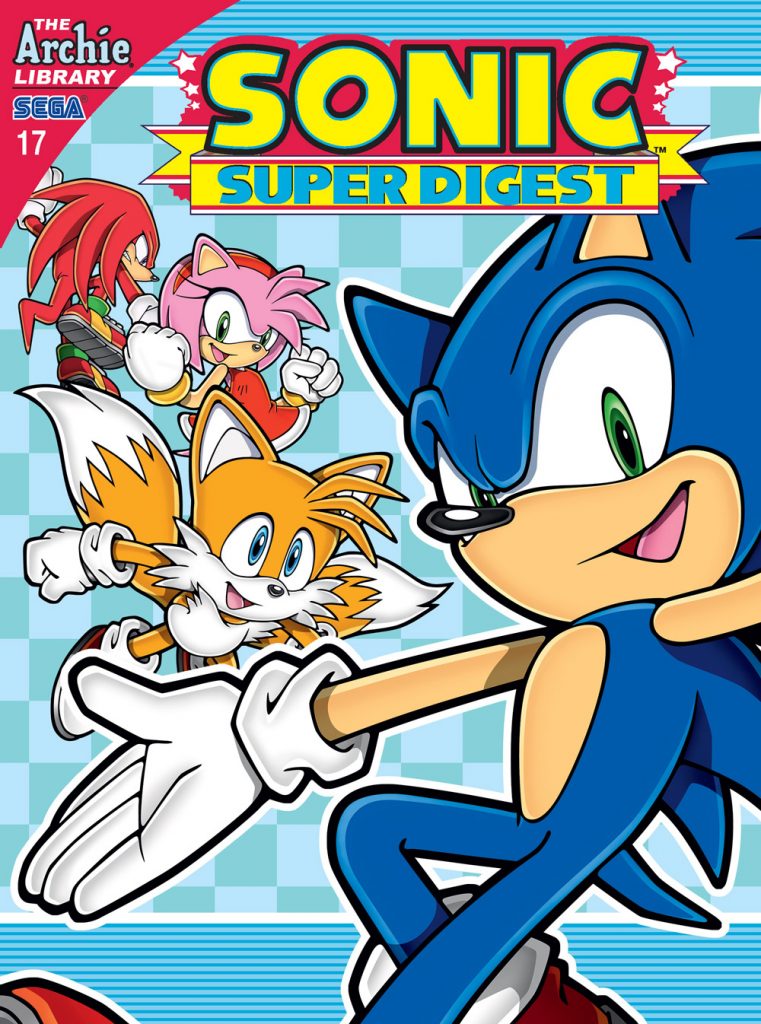 Here comes the BOOM! Sonic the Hedgehog and his friends are back and ready to do battle with the evil DR. EGGMAN! This ground-breaking new branch of the Sonic the Hedgehog franchise puts a different “spin” on all your favorite heroes and villains—plus brand new faces and hilarious stories chock-full of action. Written by bestselling Sonic comic scribe Ian Flynn, and based on the hit TV series! Sonic and his friends Tails, Amy, Knuckles and new member Sticks, must come together as a team to explore a new world full of comedy and adventure. SONIC BOOM Vol. 1 collects Sonic Boom #1-4.
978-1-62738-983-9
$12.99/$14.99CAN
6 5/8 x 10 3/16”
TR
104 pp, Full Color
Direct Market On-Sale Date: 9/7 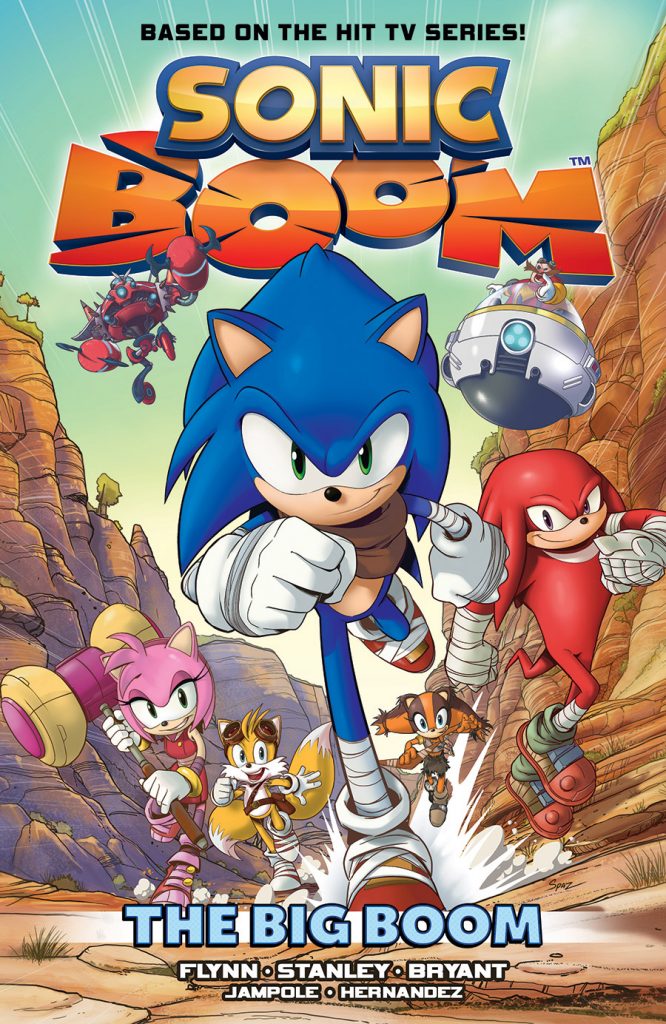 The suspense builds for Sonic in “Panic in the Sky” Part Two: Sonic and the Freedom Fighters have faced a crushing defeat at the hands of Dr. Eggman and his entire evil Eggman Empire! Now it becomes a race against time to get back in the fight and save the day! But when Dr. Eggman uses Chip and the power of the Chaos Emeralds, are our heroes already too late? Featuring the second of four connecting covers by comics pro Dan Schoening plus a “Gaia Colossus” variant by the excellent Evan Stanley! On Sale Date: 8/17 32-page, full color comic $3.99 U.S. 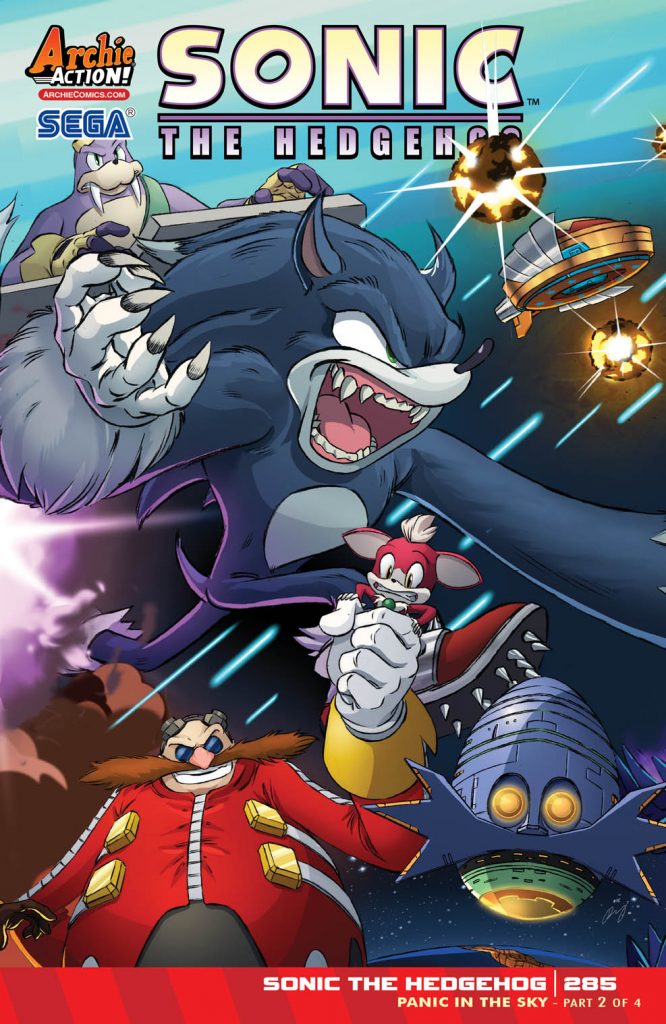 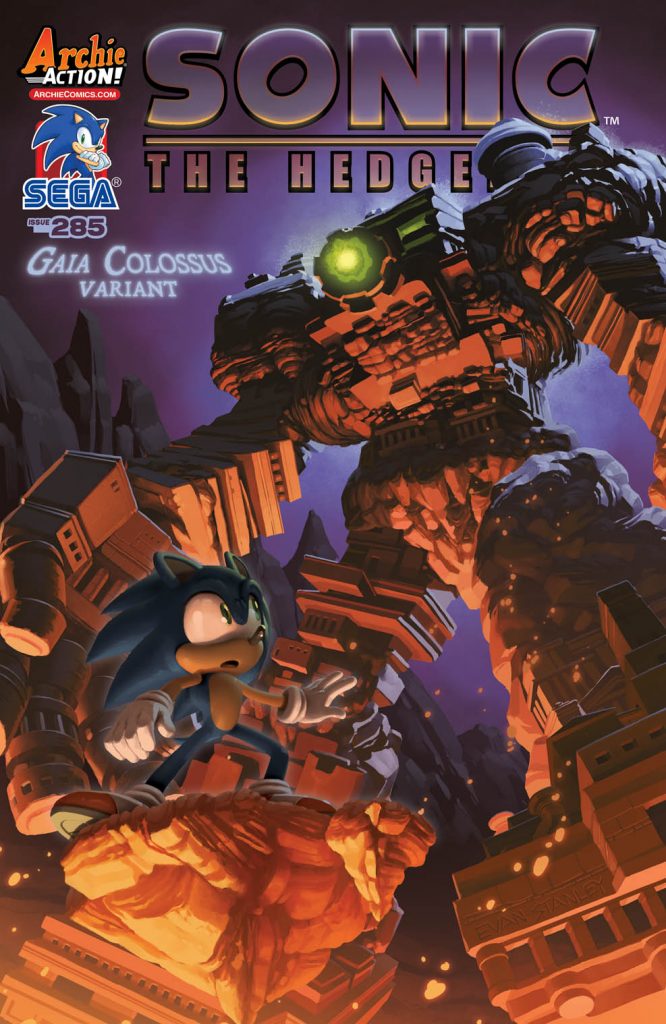 “Panic in the Sky” Part Three: The finale to the “Shattered World Saga” is reaching a fevered pitch! Sonic battles Dr. Eggman in a desperate bid to rescue Chip! The Freedom Fighters invade Eggman’s refinery against impossible odds! Rotor flies the Sky Patrol into a no-win battle with the Death Egg! And it only gets more nuts from there! Featuring the third of four connecting covers by comics pro Dan Schoening plus an “Egg Dragoon” variant by Mr. Sonic comics, Tracy Yardley!
On Sale Date: 9/14
32-page, full color comic
$3.99 U.S. 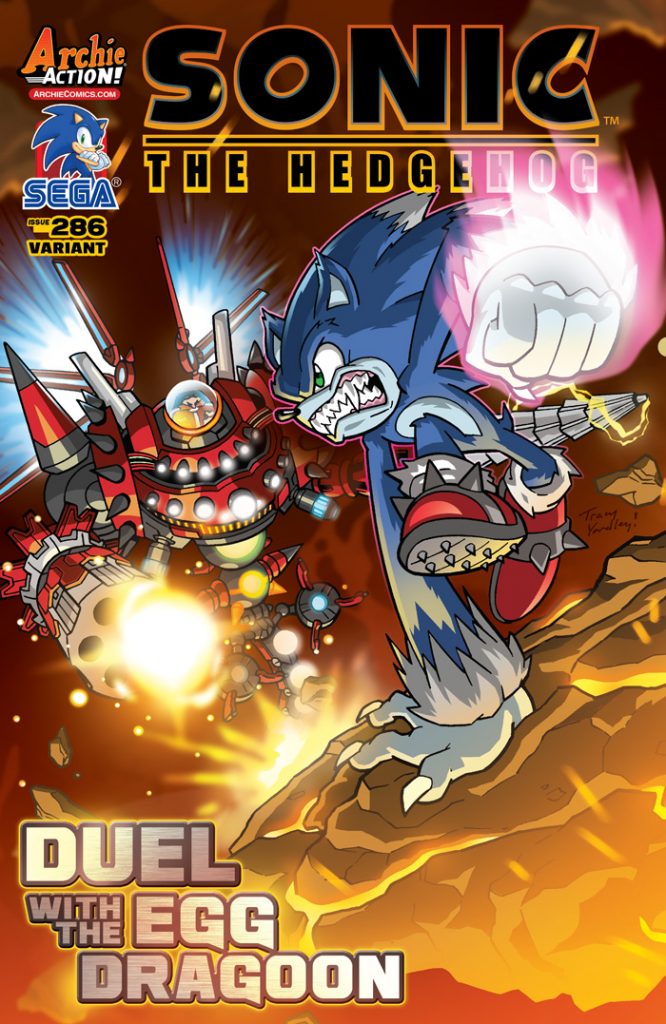 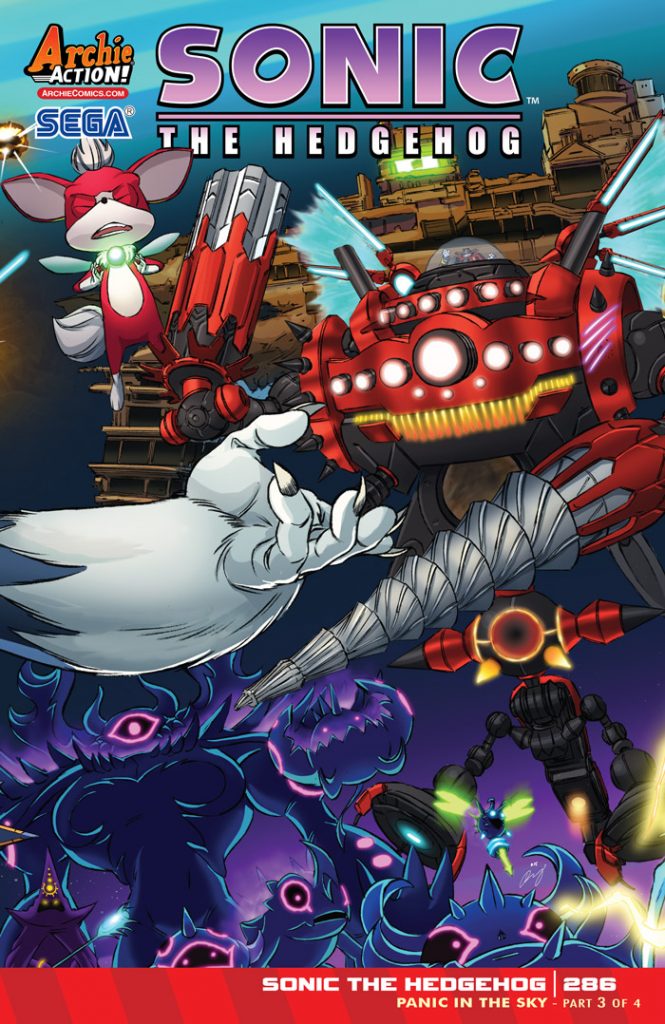 Knuckles is about to crack in “Shattered” Part Three: Time is running out for Amy, Knuckles and all of Angel Island! As our heroes fight for their lives, the evil wizard Walter Naugus inches closer to completing the Master Emerald and regaining his full power! Can the gang pull through to stop the wacky warlock? Featuring cover art by Sonic comics veteran, Tracy Yardley and an “& Knuckles” variant by jamming Ryan Jampole!
On Sale Date: 8/31
32-page, full color comic
$3.99 U.S. 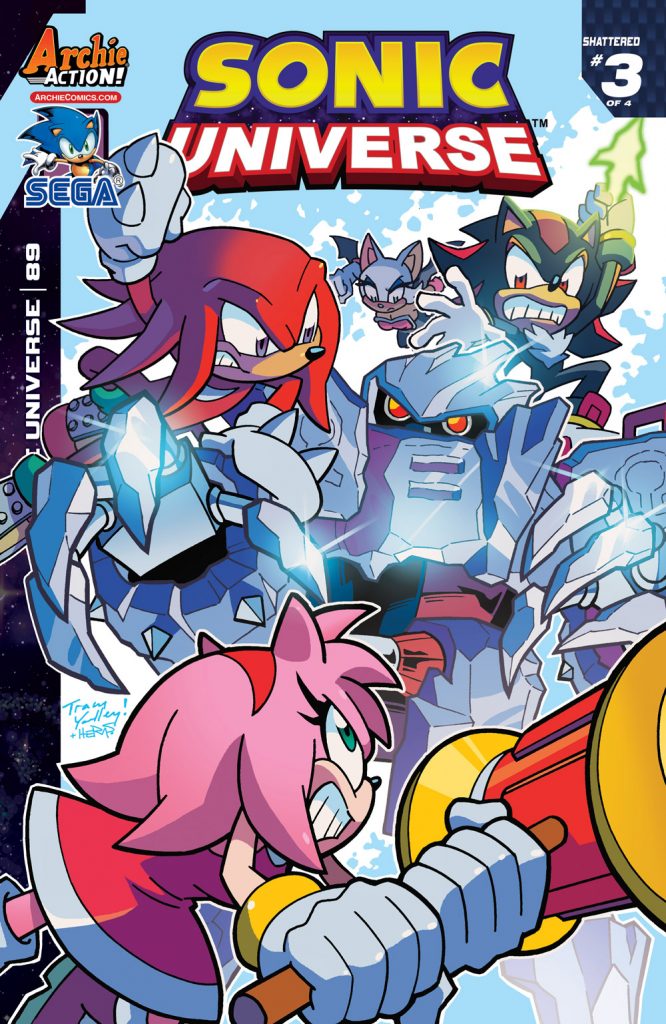 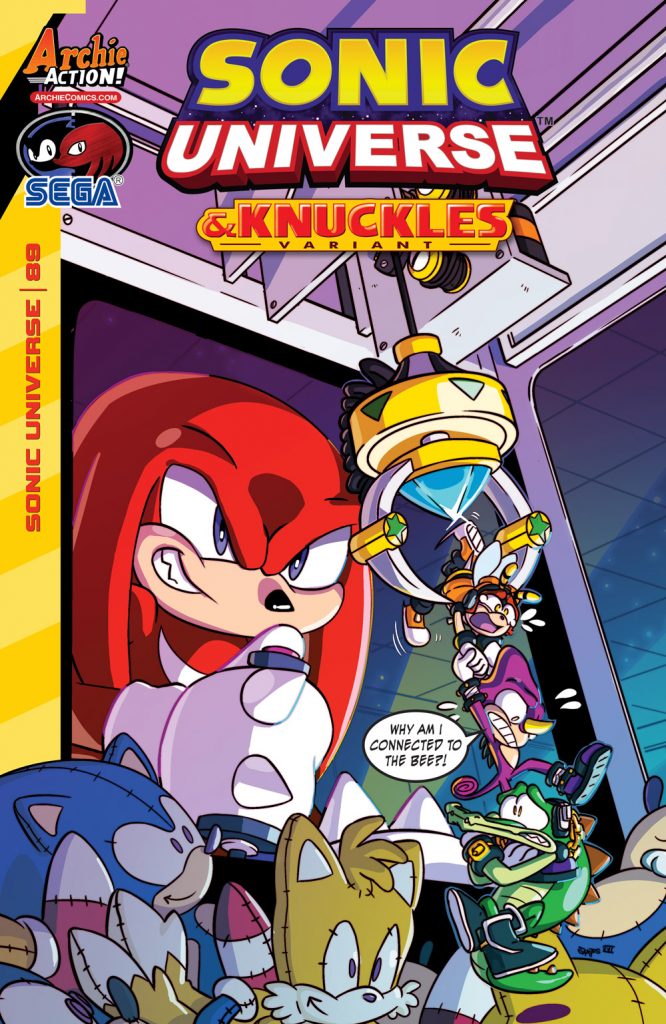