This is at least according to the open discussion currently being had on their Facebook page:

Discussion – after Metal Sonic and Orange Gunship, we 99.99% plan to remove the product image on the shipping box as our distributors are complaining that the delivery post guys are stealing items. Thoughts? Good or bad idea?

General responses to the post have been positive, although lament the need to do so. Others point out that it is worse at this time of the year for “tis the season to be stealing”.

“Please do it BEFORE Metal Sonic. You’ve made me paranoid he’s gonna get swiped!” – Romi Thirunamam

“Good idea. While it’s cool to have the image on the outside, but I think most people probably throw out the shipping box.” – Kimberly Szpunder

“I’d rather the image be removed. Most of the time the shipping box is scuffed up and whatnot to begin with, but I keep it due to it being a collectible in itself. Getting rid of it would be nice so I don’t have to worry about keeping that box as safe.” – Justin Berube

The above two points are a good ones, First 4 Figures current boxes do traditionally have an image and information on them regarding number and type of product and  (for those that have kept them) will be something that affects the re-sale price of the product in the future.

Others make mention of the other factors involved, Emma Cain writes:

“Sounds like a good idea, unfortunately can’t trust a lot of people these days…. Especially as items like yours shoot up in value once sold out. It’s not just during delivery, what if you’re not in and the parcel is left with a neighbour, taken to a post office or left in a so called ‘safe place’, people see it, know what it is and decide to take it? Neighbour pretends they never took it in… Post office worker thinks they can make a quick buck off it. I’m not saying delivery people and neighbours can’t be trusted, they’re just examples. If it helps reduce things being stolen, images should be removed from outside boxes. :)”

Whatever happens with this particular choice in the future, it is at least a good thing that the company is suffering thefts –  but is positive that they’ve recognised the problem and are considering taking action regarding it.

We’ll let you know if anything else occurs.

Dr. Eggman Has Something To Say To You… 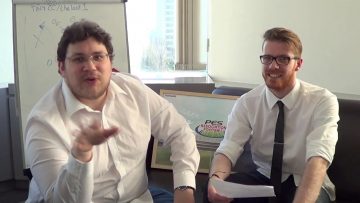