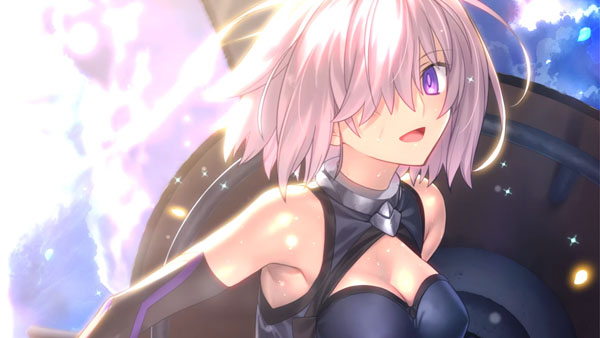 It has been some time since we last heard about PlayStation VR title Fate/Grand Order VR feat. Mash Kyrielight. Developed by Japanese developer Type-Moon and made based on its traditionally smartphone-based game series Fate/Grand Order (which debuted in 2015) the title was initially announced at the developer’s Fate/Grand Order Winter Festival back in January. Since that time, and its initial trailer, which was little more than the announcement itself, there has been no word of the game which is also being made in conjunction with Aniplex and Delight Works, Inc.

This changed as of Friday night however, with the reveal of a new trailer featuring title character Mash Kyrielight, also known as Shielder in the series. A genetically engineered being with, initially, a relatively short lifespan until events near the end of Fate/Grand Order, as with her initial appearance she will refer to the player-protagonist as her senior or senpai.

The trailer does not show much by way of gameplay but features Mash effectively stepping back into her identity of Shielder by changing back into her more regular battle costume behind a screen. Hints of what the game will truly entail are also given at the end.

There’s still no definite date as to when the game will be released, however the trailer description does indicate that it will be in Winter this year.