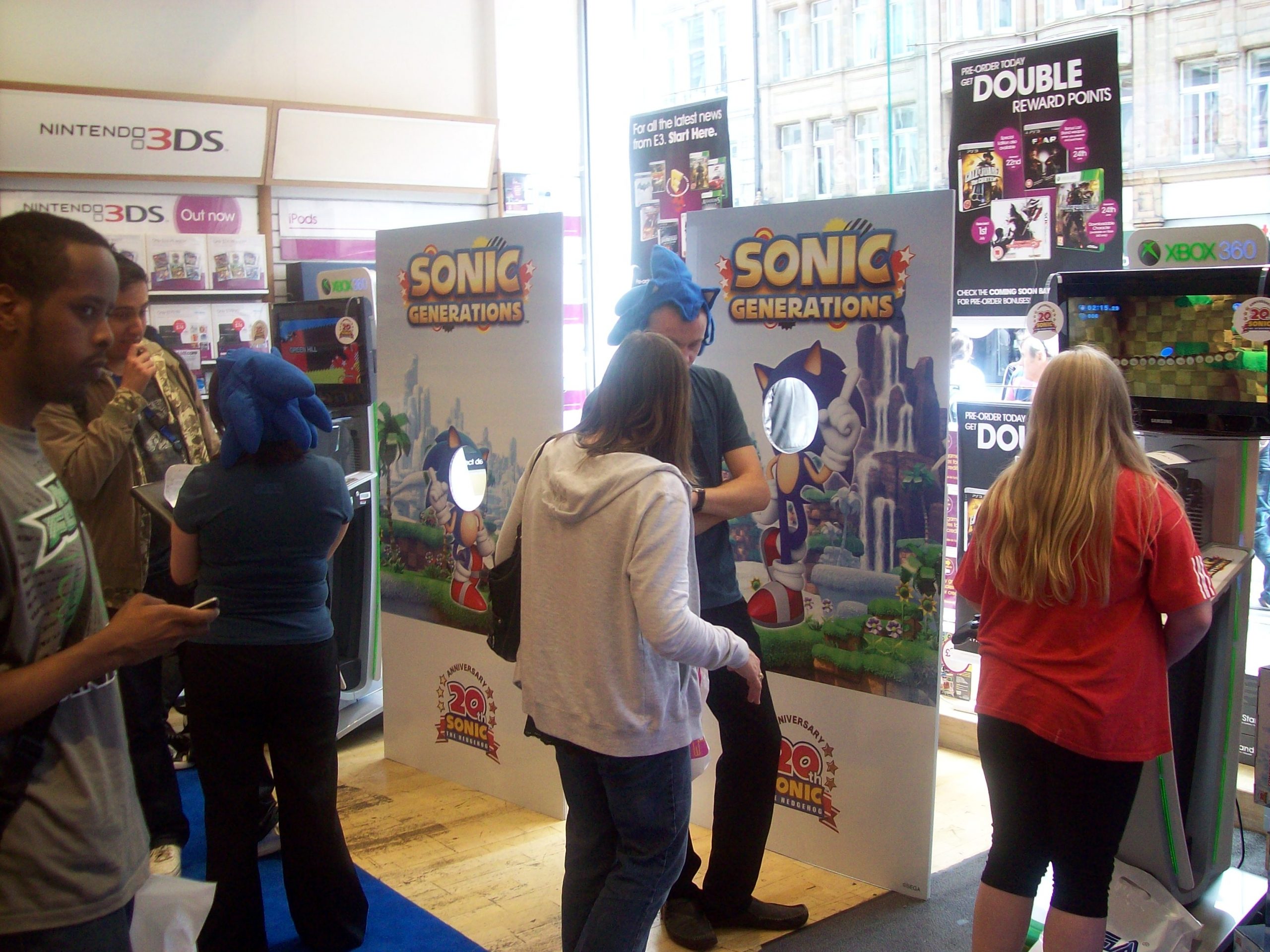 Earlier today I went down to London to see what the three-day takeover event of the GAME store in Oxford Street, London was like. From a Summer Of Sonic standpoint I was also curious as SEGA hadn’t actually informed us of the event in advance, which considering they are in effect running this event against SOS on the Saturday is a bit eyebrow raising.  So a snoop was in order!

The Game store itself was bedecked in a balloon archway,  primarily Sonic blue coloured round ones with the odd stray long blue. Some Sonic X balloons also somehow snuck in.  The 20th anniversary artwork, with the monitor also took up the entire left window.

Inside you can try out the Sonic Generations demo across a couple of pods (it is no different to today’s released demo) and get your name entered into a prize draw – it was going to be a speedrun contest but apparently people kept getting distracted by merchandise bags and forgetting their times.  Upon completion of the demo you can get a goodie bag (whilst stocks last I’d imagine) with some Sonic branded goodies.  Also inside was the same “seaside photo opportunity” boards from the Sonic Boom event where you can put your face into a hole and it appears to be on Sonic’s body – Classic or Modern.

Saturday will also have face painting at GAME – but then Summer Of Sonic has Yuji Naka. Hmm…

I met up with Syaming-Li (complete with blue streaked hair), was then kindly complimented on my Crush 40 t-shirt… I felt like saying “thank you, I paid for all of them to get in the damn country in the first place!” and eventually T-Bird sidled up with SonicMark in tow.

After setting times, we chatted for a while before I took my leave to get back home for Summer Of Sonic related duties.  Of course as soon as I did who should turn up but a certain gent from Julien-K. Damn you T-Bird. Damn you.

Best moment of the day: Two drunken elderly gentlemen confronted by Sonic prancing around outside. They look confused at their beverage and decide that perhaps they should go home after all… 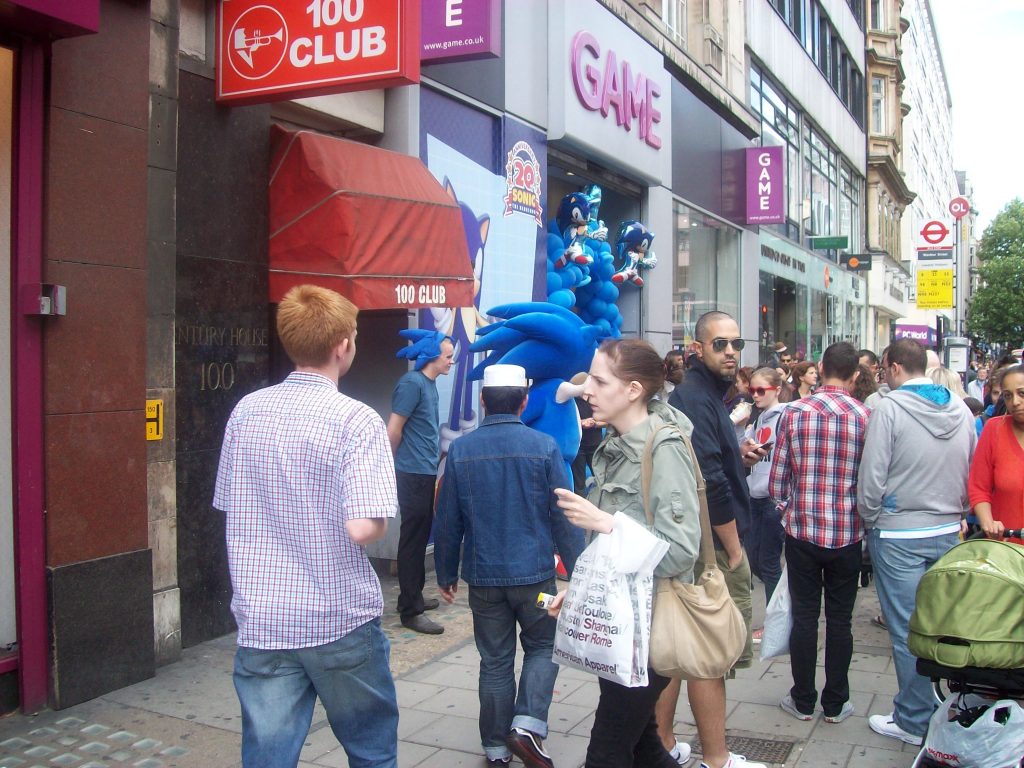 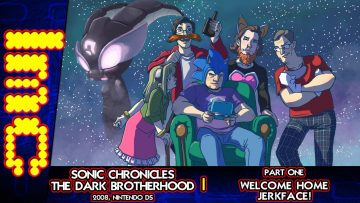