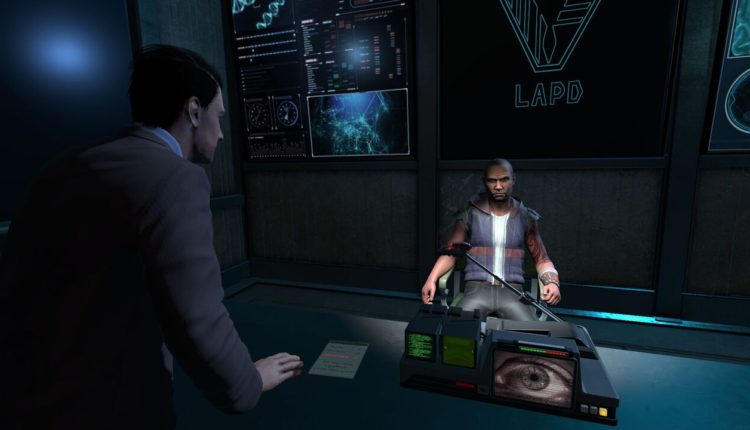 As much as we try, we can’t tell what’ll happen in the future. Will things work out for the best? Will there be a glorious utopia we can be proud of? Or will things decay. Become dark, dingy, twisted, or fall foul of some great cataclysm? Who can say. Time will tell. That doesn’t stop the great fiction writers from crafting their own visions of what that future might be.

One world that received a recent resurgence was that of the Blade Runner series. Beginning life in the story Do Androids Dream of Electric Sheep? by Philip K. Dick and receiving worldwide acclaim in Ridley Scott’s 1982 neo-noir science fiction film.

Blade Runner: Revelations is the latest virtual reality (VR) experience that enters Scott’s cinematic universe and one that looks to partly bridge the events of the original film and sequel Blade Runner 2049, taking place in a perilous Los Angeles in 2023. Los Angeles in 2023. The Nexus Six Replicants are dying, the Replicant Underground Resistance are on the offense, and L.A. is in a state of unrest. Players take on the role of veteran blade runner Harper, who unravels a twisted replicant plot.  Taking the investigation from Chinatown to the High Rise Offices you’ll need to be on the ball, and quick with both your mind and your gun if you’re going to find the needed clues to unravel the mystery. Not to mention see tomorrow.

The title is now out on the Daydream platform, timing in to launch with the Lenovo Mirage Solo but equally available to Daydream View owners. The app by Seismic Games is out now on the Google Play Store for $8.99.

In line with the launch, the developers Seismic Games have released a brand new trailer, featuring a much longer look at the title than seen previously. Y