If you have a Best Buy in your area be warned the next time you head to one and stumble across what initially seems to be a cool looking game but is anything but.

A user on Reddit reported that Best Buy has begun to sell fake game boxes in effort to allow parents to prank their kids. They provided an image showing it: 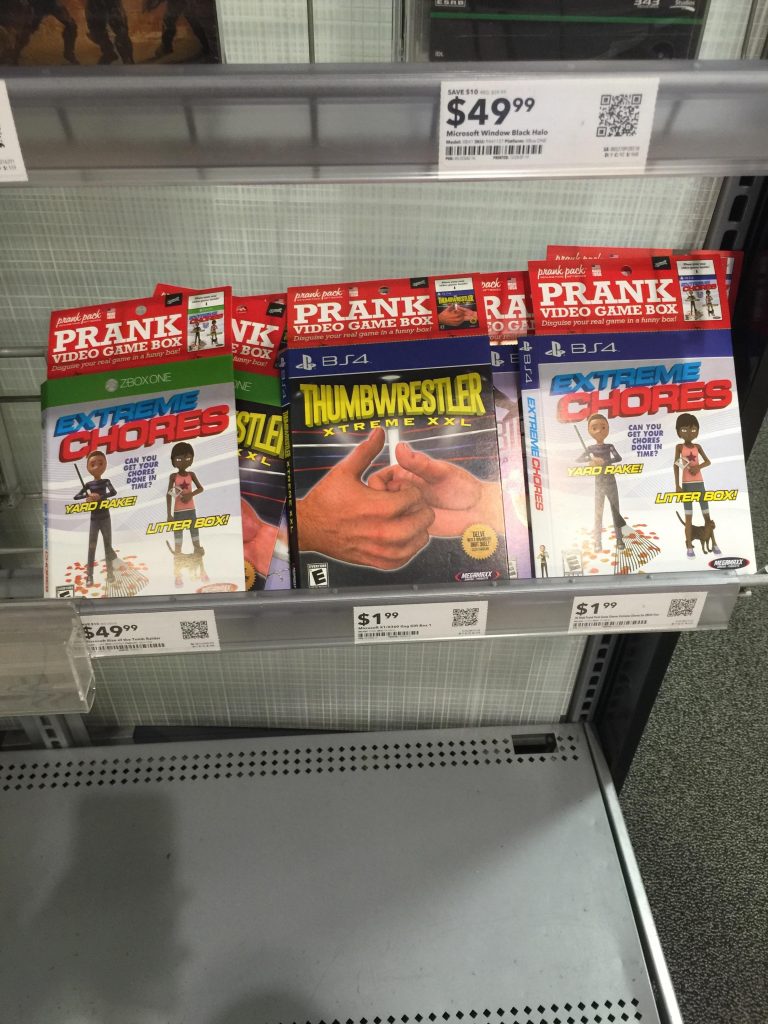 In that same thread on Reddit it seems other users are reporting similar sightings at their local Best Buys so this is not an isolated thing. Whatever the case it’s there if you wish to have a little fun with someone. But don’t expect them to have actual games in them!