Well folks, here we are yet again. Once more we brave the videogame news minefield that is the Electronic Entertainment Expo – E3 to you and me – in Los Angeles. As is tradition, I have once again crafted our annual tie-in bingo card for you to follow along with so here it is, just in the nick of time.

Seriously, there was a danger of the entirety of the board being filled before E3 even started this year.

As with every year it is a mix of new squares, old favourites (like “There Is A Dog!”), evolutions of previous appearances and the odd rolling of the eyes square of inevitability. A good example of ‘evolution’ is the longstanding Half Life 3 related square which has been now been replaced by a square that is essentially ‘Valve Does Anything At All’. Because let’s face it at this point we just want them to actually give a shit about something other than Steam money. Likewise “It’s A Bug, Not A Feature” is a combination of previous squares relating to the game having issues.

Feel free to mark off the “Retailer Blows The Embargo” square immediately. Because Walmart. 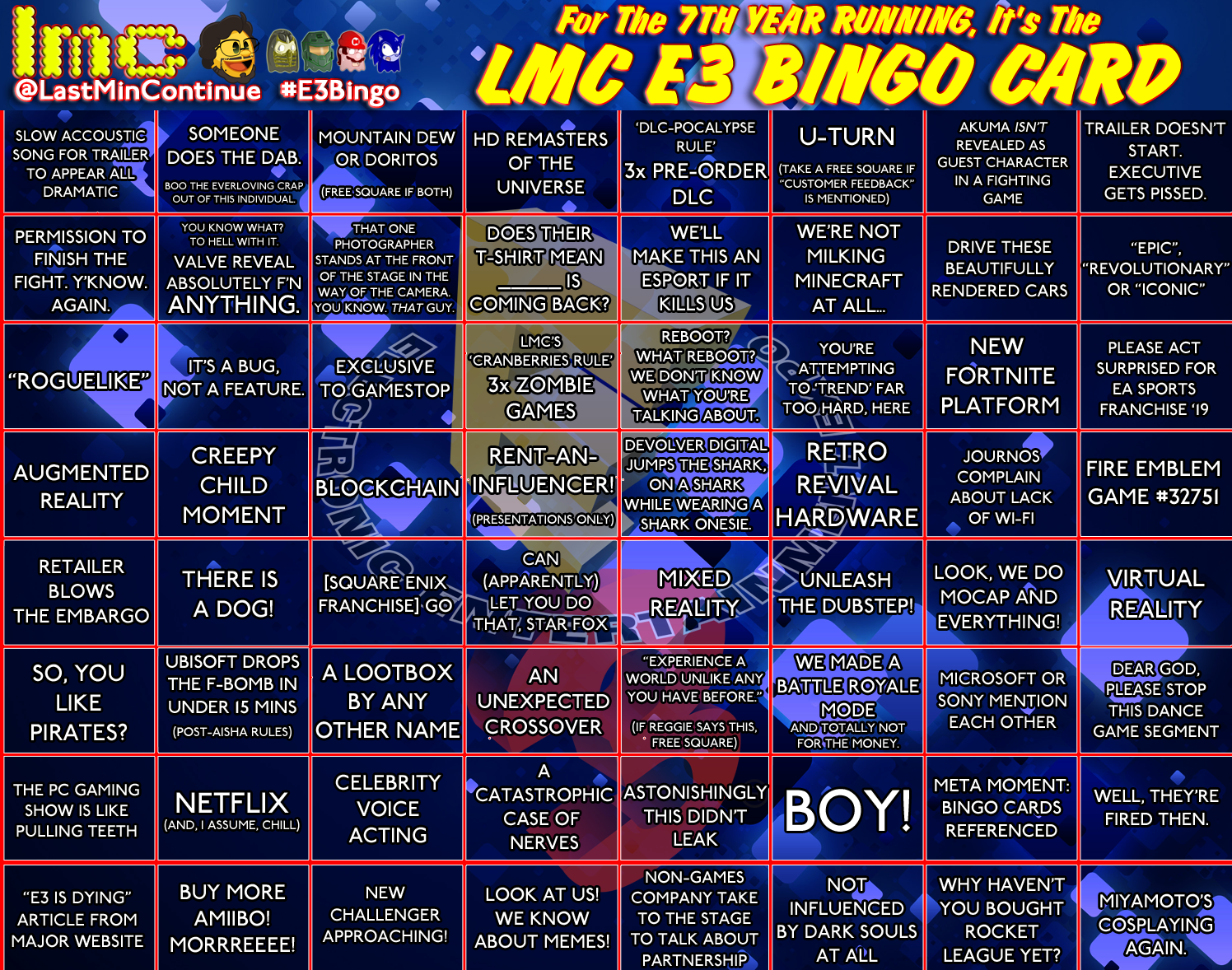