At the Tokyo Game Show, Japan based correspondent Danny Russell interviewed Jun Tokuhara, who is behind the upcoming Super Monkey Ball title for the PlayStation Vita.

How many characters will be playable in this iteration of Super Monkey Ball?
There are eight characters this time. In the main game there are four playable characters, the usual suspects, AiAi, MeeMee, Baby and GonGon. In the variety games – the minigames – there are four more characters. Two of them are from Banana Blitz (YanYan and Doctor), one from Step & Roll (Jam) and 3D (Jet).

There is a feature in the new game to make stages instantly using the Vita’s camera. Can you trade these stages with other players? Is making your own stages possible without using the camera?
You can share stages with friends and compete against them, but you have to use the camera to create stages. However, you can use the camera to take photos of landscapes, people or even drawings that you’ve done. If you want to make a really intricate stage you could draw it and go to town then take a photo of that to create the stage you’re after. You can make adjustments to the level, but if we had made it too intricate with how you tune the level it would have become a proper 3D tool and we didn’t think that would really be a fun experience for the user – we thought it would be a bit too much. What we wanted to do was create the tool to be as simple and accessible as possible. So now what you do is take the photo and shake the unit. If you don’t want it to be too difficult you shake it a little bit. If you want to make it really difficult you shake it aggressively and you’ll end up with this game that’s really, really difficult, like “Oh my God, what is this!?”

How many minigames will there be in total?
I can’t go into the specifics of how many minigames will be in there but we have many minigames in store, and they will all have 4-player modes. What I can say is that there will be more new games than older ones, and the older ones that are still about are played slightly differently than before. With the newer games we’ll be utilising the features of the Vita. We have plenty of volume in there content wise, so there’ll be more than enough to keep players on their toes.

Will they all be playable over ad-hoc, Wi-Fi and 3G?
All the minigames will be multiplayer and playable over ad-hoc and WiFi. They are the most viable options. For 3G, there may be some load stress issues. We don’t want users to feel stressed or frustrated because of any slowness they could experience with 3G. We are in discussions with SCE at the moment about this to see how best to implement 3G compatibility. We are considering having the games that require a constant live stream of data to be ad-hoc or Wi-Fi and the ones that only reference and dump data periodically (games where you take turns or just make a few inputs) to support 3G. Even if we reduce the number of players there will still be issues with speed.

How will the difficulty of the game compare to the rest of the series?
In recent years people may have noticed that the difficulty level may have been toned down a little bit so it was more accessible for the younger audience. This time as it’s for the Vita our target audience is really the young man, so we have made the game quite a bit more challenging so it’s much closer to what it was like in the GameCube days so those Monkey Ballers out there can really look forward to this as a challenge to take on!

How many worlds or stages will there be in total?
I’m sorry I can’t go into specifics on how many there are, but as usual we have a variety of worlds in there. We’ve already announced a toy jungle world, but the next one will be totally different. You should be pleasantly surprised.

In the main story or challenge mode, will old stages be reappearing in game or DLC form at a later date?
There are already some in the main game. When you’re playing it you’ll probably recognise some of them, but there aren’t many of them. What we’ve done is really build the game from the ground up for the Vita. There may be some that are recognisable to many people. We’re not really sure about DLC at the moment.

What’s the story this time?
When you see the stage floor demo we have at TGS this year it’s got a toy jungle thing going on. You’re probably wondering why. When you see the other worlds that we’ll be announcing further down the line you’ll probably be wondering what’s going on there as well. There is a story that ties it all together. I’d really like to tell you more about it, but I’m afraid you’ll have to wait and see. The story isn’t an extensive, epic long story, it’s just a small story to tie it all together and set the scene! 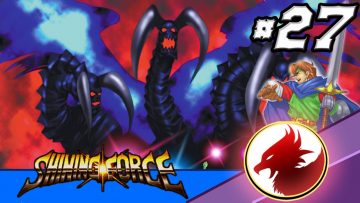