Home Articles VR vs. VR vs. What’s In A Name? 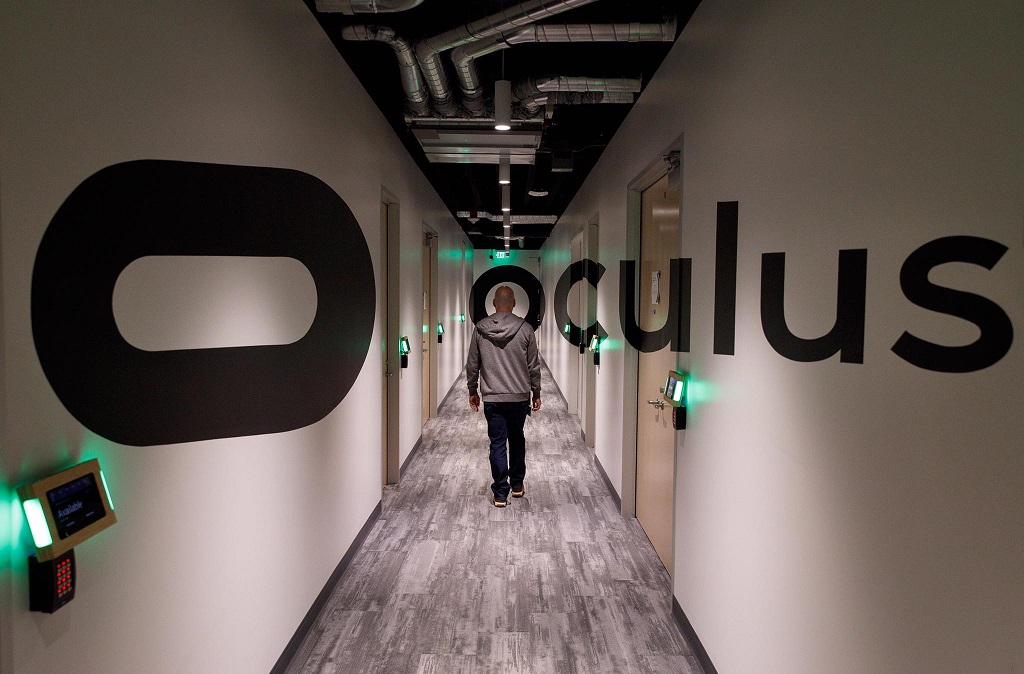 What does it take to become memorable? Considering this comes from me, who is quite possibly the most forgettable person in the whole of virtual reality (VR) this might be somewhat of a pointed question. But it’s an important one for today’s column; because today I want to discuss a theory that myself and Peter have discussed on several occasions over the last six months or so.

Namely that Oculus as a brand, is (to a degree) a failure – and one destined at some point to die. Now-ah, ah, ah! Pitchforks and burning torches down. Let me explain where I’m coming from here. 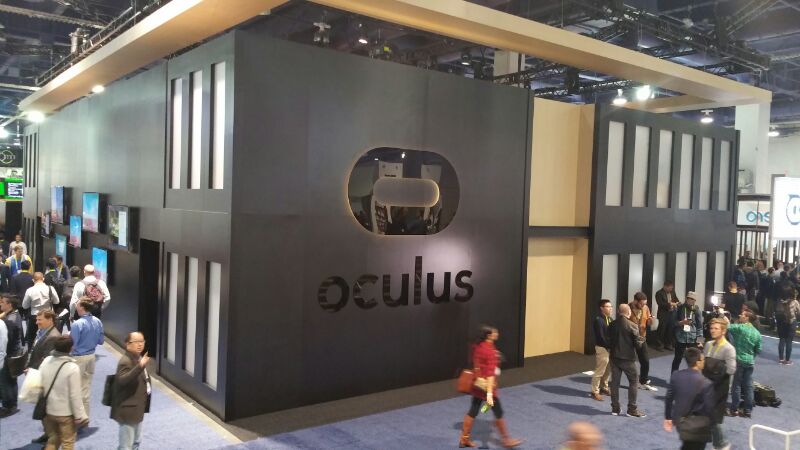 We’d best start with what a brand is. Dictionary.com refers to a ‘brand name’ as: “a word, name, symbol, etc., especially one legally registered as a trademark, used by a manufacturer or merchant to identify its products distinctively from others of the same type and usually prominently displayed on its goods, in advertising, etc.” It is that by which a product or service is known to the wider world. It might be a slogan, something that catches the imagination – but in the majority of cases, and indeed here, we’re specifically referring to the brand name as opposed to that, or any other iconography (Nike’s tick/swoosh, McDonald’s M, the Olympic Rings, etc).

The strength of your brand name affects the sales and marketability of your product. Yet the most successful brand names are not necessarily tied to market share but are those have made the most impact culturally. In these senses a product has the ability to take on the role not just as the brand for said product or service but become synonymous with the product. A by-word for whatever it is the brand relates to, replacing the general classification. It becomes a generic trademark – or if you want to get really fancy, it becomes a proprietary eponym.

You could even say it becomes iconic. Though not in a modern video game marketing sense, thank goodness.

So, what are good examples of this? Well, there are some obvious ones. First, I’d like to ask you all what this is: 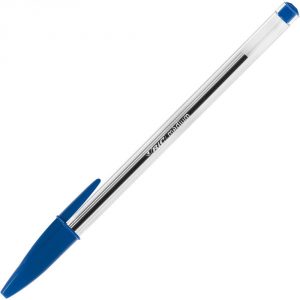 Yes, it’s a ballpoint pen. But you’re also likely to have called it a biro. Biro is a brand. It’s a make of pens named after creator László Bíró, who subsequently sold his patent to BIC in 1945. BIC, incidentally, is also an example of this generic trademark. You may well have found yourself responding that the pen was ‘a BIC’.

Vacuum cleaners are often known as ‘hoovers’ after the Hoover brand. For a brief period in the 2000’s they also began to be known as ‘Dysons’ too, after the Dyson brand changed things around with its dual cyclone technology.

More personal gadgets often achieved this branding nirvana. Personal cassette players are often referred to as a ‘Walkman’ after the Sony brand, and the MP3 music player is more likely to be called an iPod regardless of whether or not it actually is one.

For VR there has been only one contender for this type of brand name usage. One brand that could become synonymous with the technology as a whole. It was the one that led the charge. Garnered the most press. Even the name of the brand leant itself by definition to VR.  That brand was Oculus.

And it hasn’t done it.

Were VR more of an immediately huge success than it has been, it’s a possibility that we could be referring to VR headsets as Oculuses or Oculi or possibly Rifts. Neither the PSVR nor the Vive really had that positioning. But it hasn’t been – and it isn’t – but it should have been.

For whatever reason, the Oculus name doesn’t seem to have made that leap. So, by that marker at least it has failed. It is identifiable and recognisable yes. People do know what it is. Yet the indications are time could be running out for it in general – and who are responsible for this? Facebook.

When Facebook took over the Oculus company the Oculus brand stood alone. Proud. It didn’t need the Facebook name and needed no explanation of what it presented. Prior to Oculus Connect 3 we’d seen signs of the Facebook name coming in more and more. It was appearing at the end of Oculus trailers. Was more visible in marketing and press releases. Roll forward to Oculus Connect 3 and we saw that the Oculus name now wasn’t alone. It was Oculus from Facebook. 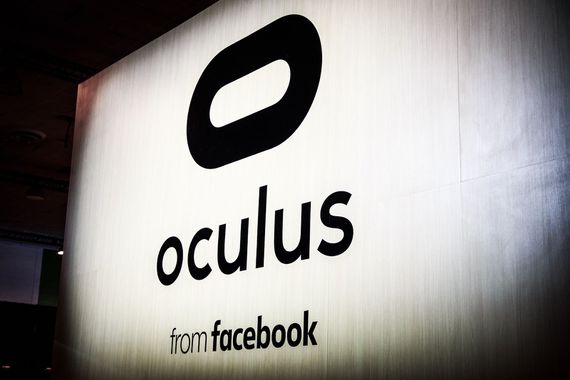 Oculus from Facebook looked… odd. At the time I referred to it as making it sounding more like a perfume or an aftershave. Yet the similar name “Oculus by Facebook” had been used during the initial purchase in 2014. We and other tech websites though never called it that, because Oculus was never presented as that. The company was Oculus, Oculus is what it was called. But there are stories about from 2014 and 2015 that use that specific name. As of Oculus Connect 3 though, “Oculus from Facebook” became very visible – mainly due to the fact it was plastered everywhere. Oculus was still the main part of the logo however.

Roll on once more to this year’s E3. 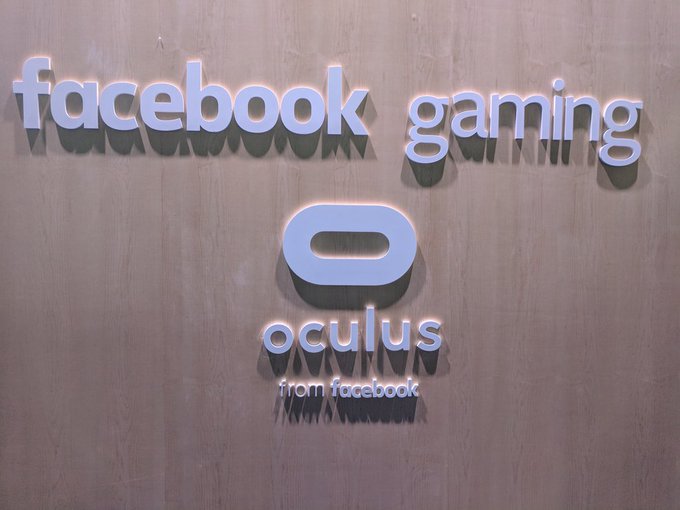 Here Oculus and Facebook have equal billing. Oculus no longer stands on its own, feeling more like a division than ever. With its inclusion more and more into the ‘Facebook family’ its identity as an individual company appears to be going by the wayside. Could we see a day when we, as Kevin J mentioned above, see the ‘Facebook Rift’? If the trend continues how long before Oculus by Facebook becomes Facebook presents Oculus? And if you sitting there shaking your head just remember that just last month it was announced that Oculus’ research and development division was no longer to be called ‘Oculus Research’. Michael Abrash revealing it was now to be called ‘Facebook Reality Labs’.

Renamed. Or rather rebranded. How long will it be before the rest, I wonder.