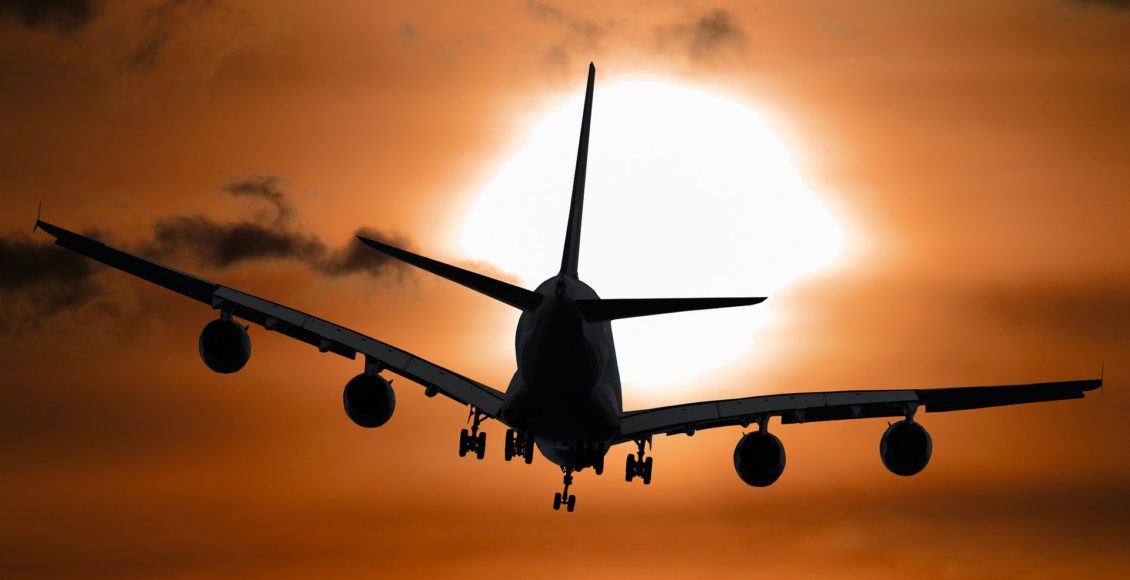 “Oh yeah, I was drunk on vodka and cranberry and then somebody stole my cheese.” Said a clearly outraged Nina.

It was, frankly, too early for my mind to properly process the discussion going on. Either that or it had already thrown in the towel for the day at 5:30am. Which would be something of a record. I rubbed my eyes and stared at the four people hovering around me. Quite the collection of individuals, me included, that shuffled and shivered their way through the airport terminal. 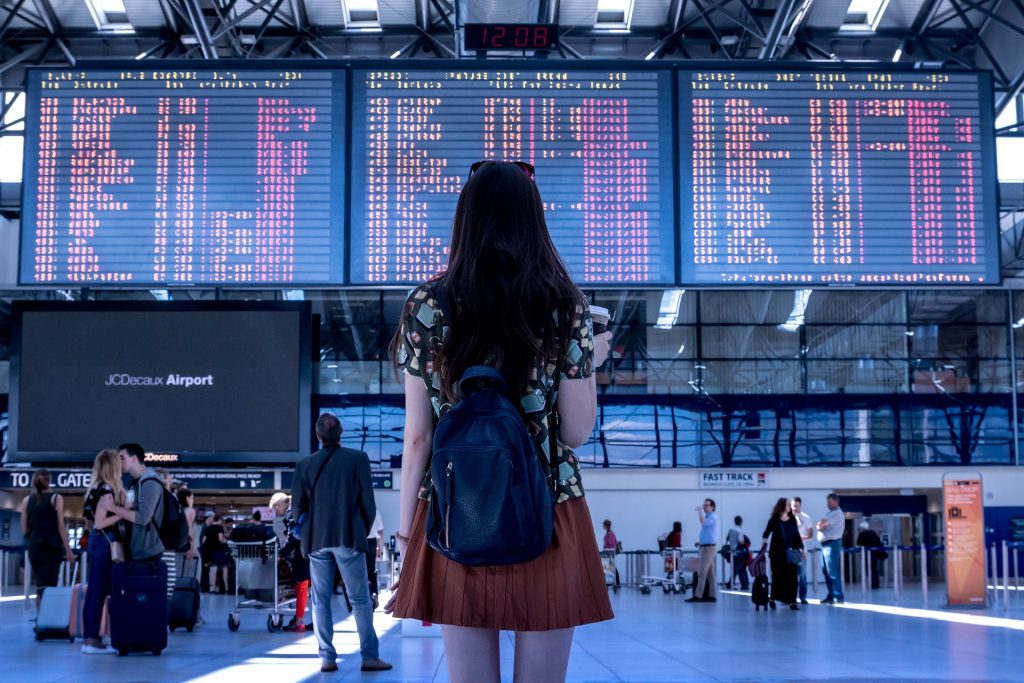 It’s nice to get away from it all. Well, for some reason it had been decided that the entire VRFocus team – yes, all five of us – would be heading to Malta for a couple of days of… Actually, I mused, I wasn’t exactly sure. It wasn’t exactly rest and relaxation since we were still working and would need to work remotely meaning we were all going off laptops and it wouldn’t be until day three we’d be able to really go out and see the place. Plus, two of the five were actually quite ill. Poor Rebecca, who presently needs surgery as part of her internal workings are quite literally failing, was being powered along purely by willpower and painkillers. Peter, who would later be strapped into a virtual reality (VR) headset to review Fallout 4 VR was a coughing and spluttering walking plague factory. I was surprised no one from the airport had come up and painted a big cross on the front of his t-shirt.

A warmer climate? A change of scene? Whatever it was we were going and leaving behind us the blizzard that had descended on the UK behind. All of us.

For once myself and Rebecca, or as I’d dubbed us #TeamLeftBehind, were also featuring in the travel plans. We were quickly learning that it was probably for the best we didn’t know all the nonsense that went on during a regular trip.  For a start we were heading to the wrong island. Which was something of a faux pas. We’d need to make an additional trip via a ferry when we got there. Meaning that in a twenty-four hour period I would have travelled by train, underground, bus, taxi, aeroplane and ferry. I think I just got a transport bingo.

Kevin and Nina, so often travelling companions to events bickered like an old married couple. Who was looking after the Vive we were taking with us. Who had the best seat. Who was the best organised. Where they could actually get some goddamn cheese right now. The dealing with airports thing was pretty old news for them at this point. Kevin had the philosophy throughout the trip that the plane would, somehow, just wait for us. Me and Rebecca, mortified, wanted to get on it as soon as possible.

Eventually after we got on the plane and it was at this point I remembered something very important about plane travel. 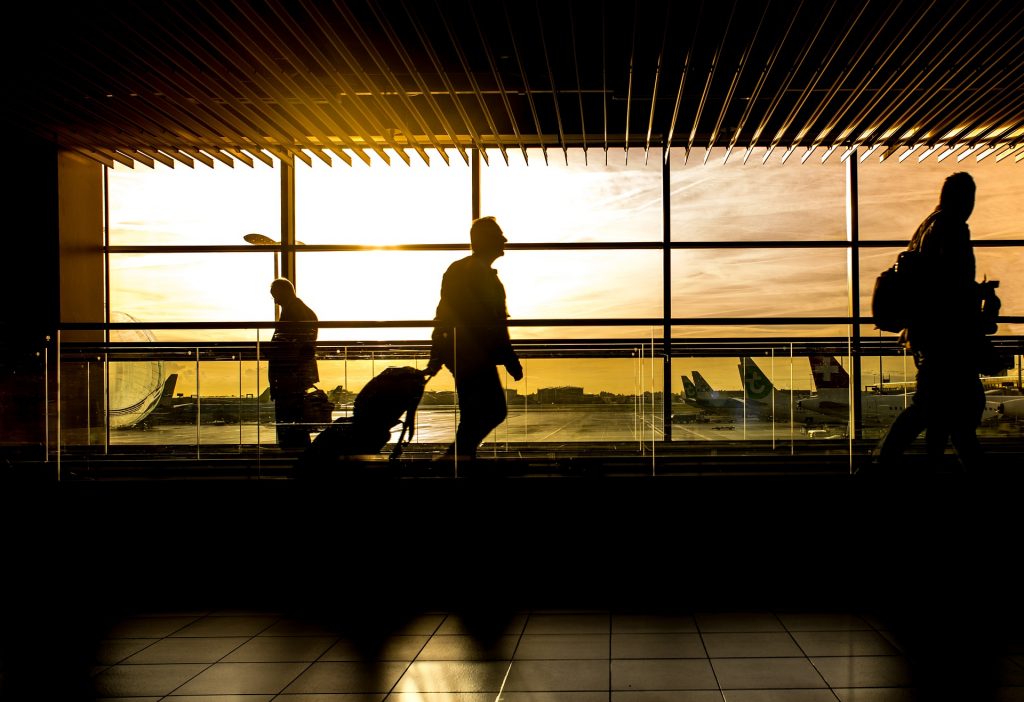 Think about it. You’re sealed inside a pressurised metal tube for hours at a time. There’s only so much you can do if there’s no in-flight entertainment. For me, smack bang in the middle of three seats it was an impossible situation. There was no room in the overhead compartment thanks to a guy in row 3 apparently taking every piece of clothing in his possession with him in a blue plastic tarp and filling up our bin with it. Meaning my carry-on only bag had to be jammed between my legs, pinning them to the side at an awkward angle. It was too uncomfortable to sleep. No room to use my laptop. Not to mention too awkward to read and get into the book I’d bought with me. In that situation all you have to look forward to is a battle of wits over the armrest against whichever person next to you turns out to be Elbows McGee.

With all of that is it that much of a surprise that we see hotels and airliners investing in VR so much? For the first time in a very long time indeed I was clamouring to have my Gear VR with me and be ensconced on a beach somewhere. Or taking in a film via it, going to the moon – or literally anywhere else.  After all, no one wants to be on the plane, you want to get to your destination. It’s more a necessary inconvenience. So having something that transports you to somewhere else other than, well, where you are, suddenly becomes a great idea.  We’ve all seen photos or even videos from phones of people wearing a VR headset on a plane or a bus or on the underground and they’re usually accompanied by much sniggering and pointing of fingers at the ‘silly looking’ man or woman in VR.

You know what? Point and laugh all you want. They’re smart. They’re enjoying themselves and are unconcerned about what you think of them. In fact, let me ask a question in return. You’re on the bus, plane, train, whatever with them, right? How’s your journey going so far?  Because unless you’ve spent a small fortune I’m willing to bet the answer is it’s awful and you’re kind of stressed.  They on the other hand look pretty relaxed.