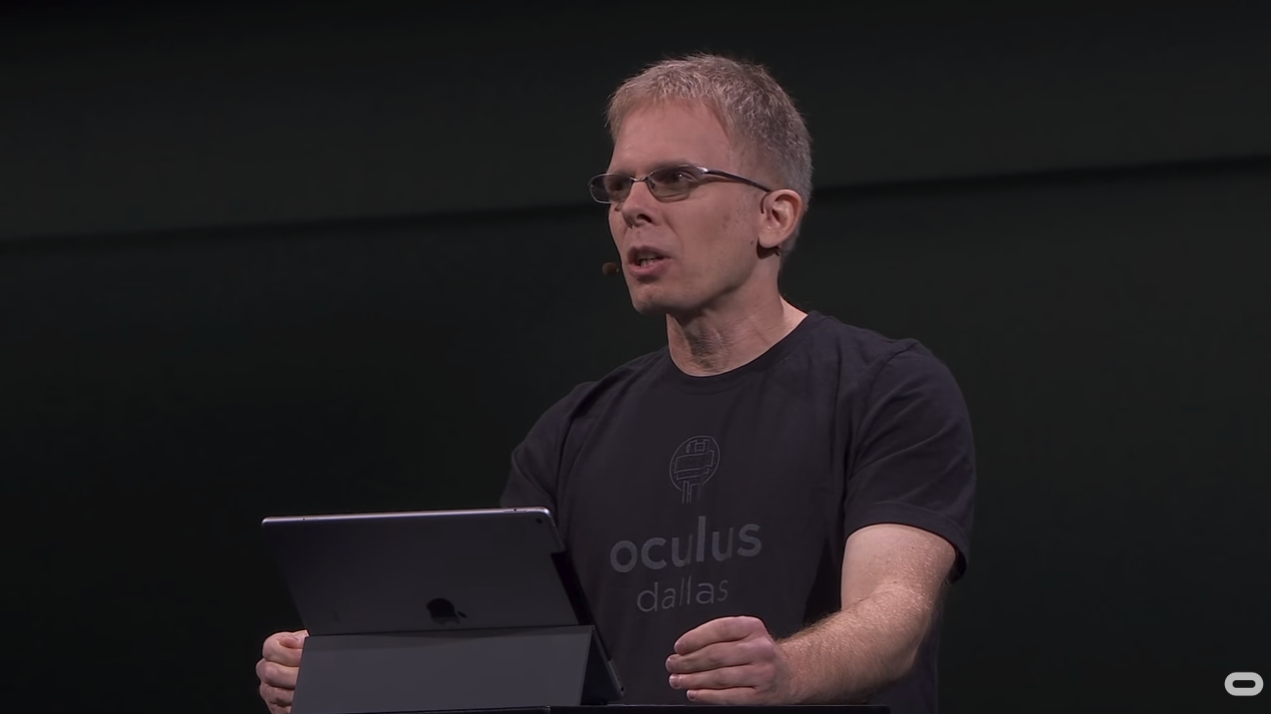 You can always count on the post-Oculus Connect VR vs. to draw Oculus defenders out of the woodwork. Last year it was people having a go at my ‘anti-Oculus bias’ because I mentioned how Oculus didn’t achieve some targets and how I was saying how well Samsung did. This year it’s that I’ve never heard of people ‘evolving’ original ideas and I’m an unoriginal biased hack.

Well, no one said I was original. Then again, I do have the benefit of at least being able to read it seems. John Carmack’s white knight for OC5 took umbridge at me pointing out that Oculus admitting they’d taken design and feature cues direct from Google Daydream was perhaps not wise. This sort of thing happens all the time, I was told. Really? No shit. But most companies who have been embroiled in a copyright-related lawsuits are savvy enough to not say so, publicly and straight-forwardly, with their representative who is still involved in a copyright-related lawsuit. Incidentally, the OC4 article had people angry at me over the pro-Samsung, Oculus bashing words of…err.. John Carmack.

But hey, what do I know? I just wrote the thing. 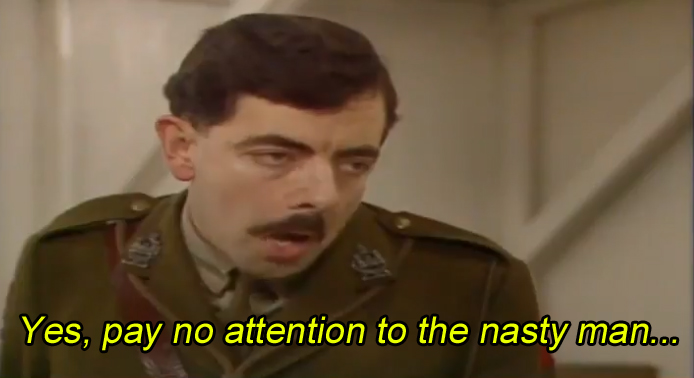 An additional note, while we don’t talk about each other that much (and I’m sure they couldn’t care less what I think), I did want to personally acknowledge the good news coming out of Upload VR just before the weekend just gone. It’s not that they have a new Editor-in-Chief, nor is it the confirmation that they have split with the people at the top. Moreover, it was that with whatever has gone on behind-the-scenes the writing team there now at least seems to have some sort of stability on their immediate futures. Which includes my friend and erstwhile VRFocus member Jamie. While I’m personally still very much in Elizabeth Scott’s camp in terms of Upload management bringing their woes on themselves (who’d have thought that being, you know, awful, might result in issues?) the general writing team over there rather got dragged into the mess by association.

I know from experience here that it’s damn hard to keep working and to keep the lights on of a website when there’s all sorts of calamity and drama going on over your heads. It’s a story for another day, but needless to say for a large number of months after the decision was made to split from our original founders it was pretty much just me and Peter keeping the whole shebang here going while everyone else looked to finalise the site’s future. Being in limbo isn’t fun folks. Now at least their team can move on, and I hear that following feedback they are looking to rebrand and dispense with the Upload name and make as clean a break as possible.  Which is a good move and one VR itself will, no doubt, be grateful for. They are looking to the VR community for suggestions on their new branding.

So, where were we? Halfway through matters I think it was.

From here things do start to get a bit technical and so there’s not as many entries in number as part one.  That said some of them are of particular interest. So, in no particular order…

VR is still tied to PC so it was good to hear that Carmack thought that it was indeed a great time to be a smaller developer with all the tools people have available nowadays. Meaning you can still make a great quality video game regardless of the size of your team. While specific tools weren’t namechecked, I think it was obvious that the likes of Unreal Engine and Unity were what were being referenced here. It was nice to see Carmack so enthused about the ways developer’s now have to bring their vision to life. A reminder that while his job title is Oculus VR’s Chief Technical Officer he is still, always at heart, a video game developer.

At one point in proceedings John Carmack spoke about how while there’s a lot of high-activity video games out there – the likes of Sprint Vector and Beat Saber come to mind, as well as Creed: Rise To Glory which we reviewed at the start of this month – and while there are gym-focused VR experiences and service available developers should not expect high-activity experiences to change the way people actually play games.

VR is not the way people are going to change their lives around and get fitter.  With Cormack lamenting of the time he just tried to get players to utilise a swivel chair in order to play a title, but even this use of activity and motion fell by the wayside. Essentially suggesting that people would be happier playing a video game sitting down, and if you give people that option they’ll nearly always take it. So, physical activity and fitness isn’t the hill for VR developers to die on.

While Facebook is all about socially bringing people together Carmack acknowledged that he is actually the reverse in a lot of instances. Having previously argued about VR helping the purity of watching media and being able taking you away from everyone and everything else to effectively get some peace and quiet.  It was interesting that the experience for the individual has to have a champion in the first place, but could you ask for a better one to give a dose of reality to the situation than Carmack?

“We’re not making any great strides in Education.”

I’d certainly argue that whilst maybe Oculus isn’t doing as much in education as it should be, there are forces out there making a lot of effort. Especially the likes of Google, etc. Truth be told I’m not overly sure what Carmack meant by this comment, but for the sake of counterpoint I’d recommend taking note of our new Virtually Learning series of guest features which focus on how VR is being used in the classroom all over the world.  More from that series in the next two weeks by the way with guest posts from two writers.  Perhaps one of the writers will address this directly at a later date.

VR Can Still Be Magical, Regardless Of The Situation

Carmack at one point, after touching on isolation, told the story of how he used VR on a plane to escape from all the noise (“I was annoyed”) which of course still looks odd in a social setting.  He ended up explaining to a curious passenger about VR, demoed some things like for them like Henry and some 180 degree basketball footage they proceeded to order an Oculus Go there and then using the plane wi-fi. A pretty cool story.

Quest is ‘in the neighbourhood’ of a PS3/X360 in terms of power.

There’s so many upgrades to consoles during their lifetimes now it’s a lot more difficult to define the beginning and ending of a console generation. However, that the Quest is there or thereabouts in terms of power with the previous generation of hardware is a pretty big deal.

Yes, there are some caveats that were went into since that power isn’t exactly used in the same way. Normally if you said to the percentage of specs-focused games out there that something was equal to the power of the previous generation the majority of those people would likely turn their nose up it. I never have understood why people automatically equate the ‘most powerful’ with ‘the best’ or the one you’ll enjoy the most – but my thoughts on that aside, Carmack was at pains to point out this is for what is essentially a mobile gaming device. Framed in that way it becomes far more impressive, although you also have to realise when you say that that mobile phones themselves are becoming more powerful in their rendering of video games all the time so it’s a statement that has a shelf life.

This leads us on nicely to this…

Oculus Think The Quest Is Competing Against The Switch

“Realistically we are going to wind up competing with the Nintendo Switch as a device where- I don’t think there’s going to be that many people that say ‘I’m not going to buy a PS4 I’m going to buy a Quest instead’.  I think that we’re going to have people that- like, I’m a gamer, I’ve got you know, my brand of choice for the main console and maybe I’ve got a PC that I play games on. I’m going to pick up a Switch for my mobile device, very much like the Switch is right now.”

The idea of Nintendo’s console being your second console is an idea that has stuck around since the Nintendo Wii, but in this instance while it is indeed within the same business area as the Switch it is only so tangentially. I honestly don’t believe that VR is in a place right now where it can compete directly with the Switch, and if they think they are they are going to have to take a big step up. The Switch is a monster success, one with a rumoured upgrade on the way. It’s a multiplayer, go anywhere, play anywhere hardware with big name franchises up the wazoo (“landmark games that people have loved for decades” to use Carmack’s later words when describing mobile titles) that can become the focus of a party for a large group. And Oculus Quest… isn’t.

I’m not sure why Oculus, or at least John Carmack, thinks ‘I’m not going to buy a Switch I’m going to buy a Quest’ is more likely than the same with a PS4, at least when the company is openly admitting within the first minutes of Day One how they whiffed on their initial goal (1 Billion in VR) big time.  If the marketing bods think that convincing people who might buy a Switch is the way to go they’ve got a hard sell ahead of them; and they’d best start with me because I’d take Switch over Quest any day of the week as things stand.

That’s all I’m going to cover for now, as always there’s a tonne of stuff to cover and not enough time for Carmack to say all he wants. One wonders why Oculus don’t have Carmack do a monthly livestream series on a number of topics then get into the really big points at Oculus Connect – or at the end of the day just let him go for as long as he wants on Day 2. He’s clearly enjoying himself talking about the things that both irk him and excite him. If you’ve not yet seen the talk in full I’d recommend it. You can do so below.

Next week, we’re back to the topic of Eurogamer and I’m going to disagree with one of our own previews.