Growing up in England in 1991 you were either a Sonic fan or a Mario fan. Playgrounds over the nation were divided over the issue and children would literally fight over which character was better. As I got older Sony entered the gaming business and Sega lost their footing in the hardware industry leaving their blue mascot to dwindle into obscurity over the course of the Saturn era finally mounting a comeback with Sonic Adventure for the Dreamcast.

Since then it’s been a turbulent time to be a Sonic fan as the hedgehog doesn’t quite command the status he once had but as is evident by the Sonic Community the blue hedgehog and his friends still have a legion of passionate fans.
Back in 2006 the Sonic Community collaborated to celebrate Sonic’s 15th birthday. Dubbed ‘Summer of Sonic’ a number of websites created a huge amount of content to commemorate the event. Two years later and the event would take on a brave new direction.

Webmaster of The Sonic Stadium, Svend Joscelyne (AKA Dreadknux) teamed up with the webmaster of Sonic Wrecks as well as Sega Community Manager ArchangelUK to deliver a Sonic experience like no other. Summer of Sonic was turned into a full on Sonic convention based in London and attracted literally hundreds of Sonic fans from the UK and abroad.

Even more impressive is that the entire event started out life as purely a project by the fans for the fans. Only later did it catch the eye of Sega who offered a helping hand. It must be stressed though that most of the work was undertaken by members of TSS and a few other fan sites.

Summer of Sonic took place in August 9th 2008 in Dragon Hall, located near Holborn tube station in London. Aptly for a British summer I remember it rained almost all day but a bit of the wet stuff couldn’t damper the spirits. Around 300 people were estimated to have attended the event making it more popular than the organizers could have ever expected. Dragon Hall only had a capacity of 200 so visitor numbers were carefully monitored.
The event featured a many number of things for fans to look at, take part in or play. Sega’s support for the event meant they’d brought along some posters advertising Sonic Unleashed, a Wii demo pod playing Sonic & The Secret Rings and an exclusive playable version of the then month away from being released Sonic Chronicles. The Guinness Book of World Records team was on hand to take times for the fastest runs through the first act of Sonic 2’s Emerald Hill Zone.

Other than games the event included a merchandise corner featuring some rare and exciting Sonic based trinkets, an art corner where more creative types were given a chance to show their talents with the artist of the winner judged to be the best winning a Nintendo DS.

As if that wasn’t enough the Summer of Sonic crew had managed to round up some special guests including Richard Jacques, Lee Brotherton and TJ Davis who all performed a fantastic musical set featuring a range of Sonic songs throughout the life of the series. My personal favourite guest though was Nigel Kitching of UK Sonic bi-weekly magazine ‘Sonic The Comic’ or STC for short. In fact I even managed to score a bit of an interview with him.
Overall the event was a huge success. As I summarized at the very start of my SoS report:

“Summer of Sonic 2008 was a fantastic event and one I’ll remember for a long time to come. A huge thanks go out to Sega, Sonic Stadium and anyone else who was involved with organizing it. I don’t know of a single person having a bad time and I know I had huge amounts of fun. Thank you very much.”

As well as the exhibits and music from some of the guests TSS regulars had the opportunity to get some stage time to entertain the masses. Once such of these events was T-Birds T-Time competition. The man himself summed up the entire affair perfectly in a post of his own on TSS

“It’s kind of hard to describe the atmosphere to someone who did not attend the event; the only word that comes to mind is electric. All those in-jokes that have no chance of getting a snigger in “real life” were getting massive responses, in particular whenever Dreadknux or AAUK hit the stage to introduce the day to make an announcement. My nerves shortly dissipated when it was my turn to take up the mike and host the T-Time competition; the contestants were so enthusiastic and up for the laugh, and the audience went absolutely wild – I was drowned out several times by laughter, and a rather unique spontaneous rendition of the Sonic Underground theme. I had been worried about the difficulty of the questions, but that worry dissolved with the conclusion of the contest and Helenbaby giving up her prize, resulting in an overjoyed peteb, and lots of on stage hugs. That feel-good feeling continued for the rest of the day, and it was one of the best feelings I have ever experienced…”

The biggest feel good moment of the event occurred right at it’s very climax as Dreadknux and Svend endeavoured to hand out all of the goddie bags brought along by Sega, many featuring games and Nintendo DS’. Helenbaby won the star prize in a raffle in a moment that defiantly was not fixed. T-Bird described it as pure Karma in effect.

All 300 fans left the event that day with a smile on their faces; all apart from the organizers who were left thoroughly exhausted.
Dreadknux lamented on the events success a few days later when he’d gotten his breath back.

“We’ve seen some bitching in the SSMB Forums – “screw you” if you thought Sonic 06 was a good game, “you’re retarded” if you think Classic Sonic is the only way to go. Everyone’s so damn serious on the Internet. What the hell’s going on, it’s like a warzone out here. I’ve considered quitting the Sonic community on various occasions because I feel that one should feel comfortable liking what they like, or disliking what they don’t.”

…All of which seams eerily familiar at the moment. He continues though;

“In that hall on Saturday, I made several cracks on stage. I asked if there were any Shadow fans in the audience – cue massive response, and I pull a disappointed, almost disgusted face. In another instance, I ask Sonic whether he was enjoying the show – to which we all heard a bloke’s voice shout “Yeah!” and my instant response was “Oh no, Sonic’s talking now, he’s ruined the whole series for me!”
I didn’t see anyone after my intestines holding a blunt spoon, much the contrary. People knew I was having a laugh and didn’t really mean it. Even if I believed all that crap I was spouting, the intention is never to hurt anyone’s feelings that would think differently to me. And everyone in that audience understood this.

I came away learning that there could well be a way to save the online side of the Sonic community – if we all just kicked back, took things less seriously and were just cool with people believing or feeling how they do… if everyone online took the attitudes of the guys in that hall as gospel, we would probably be on to a real winner here.”

So with one successful event over everybody turned to Dreadknux and AAUK with baited breath hoping for them to announce something for 2009. There had been some talk on the SSMB about making it a bi-yearly event due to the amount of work it took to organize but come February 2009 they broke their silence and announced to the world that Summer of Sonic 2009 would be going ahead. Dreadknux has still yet to reveal any specifics other than the date of the event leaving us with only this for now:

“…here’s some information that will whet your appetite – Jun Senoue knows of Summer of Sonic. Richard Jacques said he would happily attend another SoS. You couldn’t stop Lee Brotherton from getting involved again. Sonic Team’s reaction to SoS 2008 was also reported to be very positive, and SEGA Europe as a whole are both very keen to be more involved yet very respectful as to this being about a fan gathering rather than a buck generator.”

Summer of Sonic was defiantly one of the defining moments for Sonic fandom in the UK and as the next event draws near one can only hope that things only get better from here.
—–
The Ten is a multi-part series examining the 10 events of the past decade that have shaped Sonic fandom and community affairs today.  It is part of a series meant to complement the 10th anniversary of TSSZ News. 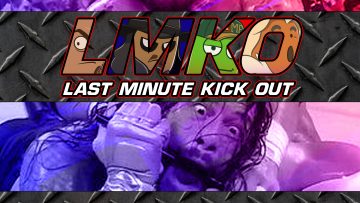 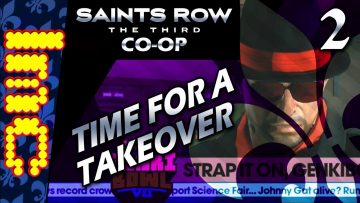