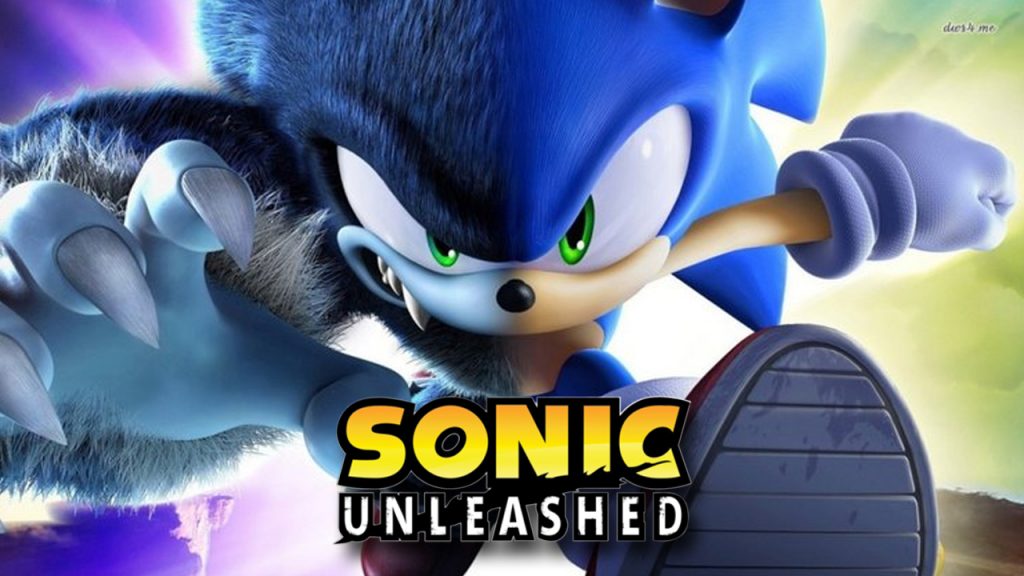 Look at that. Look at that thing to the left. You can read it on his face. He knows we’re unhappy to see him.

Let’s start out with a full disclosure. As of the writing of this editorial, we know nothing about this alternative form of Sonic. Call him Were-Sonic, Hulk Sonic, Mr. Hyde Sonic, or even Fuzzy the Wonder Rat. We’ve seen stills from a pre-rendered cutscene detailing what looks like his creation. Yet without seeing a second of gameplay, people glance at that promotional art and hesitate. It’s like a lingering threat, set to ruin things before they can even get off the ground. And so needlessly.

The trouble is that even if they’ve come up with an excellent gameplay system for our sharp-toothed friend, nobody wants it shoehorned into another Sonic title. Sega seems focused on the concept that they won’t be able to sell a new Sonic game as purely a platformer on anything but a Nintendo handheld. Sonic Rivals started life as a simple run-and-hop from A to Z; it was at Sega’s demand that the racing element be introduced. Even Sonic and the Secret Rings, a fresh approach to presenting Sonic in a simplistic 3D manner, had to share its very limited development time with an unnecessary multiplayer party mode. Sega is convinced that they always need something more, some gimmick to capture people’s attentions. It’s all the fans can do to scream that yes, this is good enough. There is no widespread demand for a new play type or mechanics twist. Before Sega takes another go at psionic future hedgehogs and fishing cats, people want them to focus on getting a single, focused console Sonic right. To put it simply, walk before you run.

It’s not only those who’ve sworn their life to the 16-Bit games in some cultish blood pact. People who can only visualize the Shadow game whenever the series is mentioned nowaways have openly stated their shock and surprise at the early reel and the striking stills. It doesn’t have to be a pixel per pixel remake of Green Hill Zone, you’ll still find the simple side-on view of a circular loop is enough to bring back fond memories and hope within the jaded and angry. The gameplay is clearly not identical to the old games, with a Secret Rings-like emphasis on constantly running, but if they focus on this single mechanic and polish it madly, they could have a winner.

And then one is left to stare back at the threat of the promotional artwork. That artwork is intended for two different magazine covers. The image is to represent the world’s introduction of the game, and so you simply can’t disregard it. Nothing screams swift about Blue’s new hairy alter-ego. In a full view of the image, a clear emphasis of weight is on his arms and a hunched stance. We’re left to assume he’ll be trudging through levels at a slower pace, smashing through barricades Sonic can’t pass through, a concept the series has been needlessly obsessing over since an echidna needed justification for unique routes on the Genesis. No doubt he’ll be picking up hefty objects and hurling them around at assorted enemies as he wanders night-lit versions of the levels, frustrating the player with his weak mobility and aiming as hovering robots chew at him with turrets. If you’ve played any of the free-roaming console Sonic games lately, or even something of the Jak series, you’re gripping your head in pain at the familiar images I’ve conjured. The damning thing of it all is that I have no justification for describing this gameplay style: all we truly know is that he’s bulky and some of the dark level images are labelled evil in the filename. It bothers you still, doesn’t it? This looming figure threatening to destroy what could possibly be a high-class return to form, all because of one piece of bad character artwork. And the name Fuzzy the Wonder Rat.

The Sonic series has had a long history of sabotaging itself in recent years. I’m forced to admit, this appears to be the fastest case of Do Not Want in the trademark’s history.