World of Warcraft. Just by saying that name I’ve conjured up images in your head of those who take it “too seriously” on roleplay servers, message boards, LARPventures, the list goes on. But to each their own; it’s what they enjoy doing in their spare time, and in most respects it’s hard to see it as anything but harmless, provided they understand the trade-off they’re making with their personal time. And even if you have no taste for that tier of roleplay, you still enjoy seeing it more casually practiced in the game itself, helping to flesh it out as a functional fantasy universe, with Night Elves stalking through the forest, Trolls hunting amidst ancient ruins, and Draenei dancing on tables for spare coins. While there’s always the players wandering past your view with names like xxxMasterKrewWEED4EVRxxx floating over their head, you probably gave one, or maybe even a few characters a vaguely fitting, fantasy-styled name to match the world. You didn’t want to walk the expanses of Azeroth or the fly through the Outlands as Billy Dwaynehold, Accountant of Pittsburgh, PA. But that may not be your decision to make in the future, if prior hints are an indication.

As spoken of in the Lore, legend has it there exists on the Blizzard website World of Warcraft Forums, where trolls (without the Jamaican accent, well, most of them anyway) lurk and spam viciously, some using various Level 1 alts spawned from their WoW account to hide his or her identity from the general public. According to the staff that handles this forum, it’s apparently really, really hard to perform basic administration tasks such as moderate negative posting, resolve arguments, and ban users who repeatedly cause hassles. So to solve this issue that absolutely every other forum in the world deals on a regular basis in a reasonable manner, there was a mandate that all posts, that’s every single one ever posted to the Blizzard WoW forums starting from half a decade ago, would be tagged with the poster’s real name, pulled from the account information they signed up with.

If you didn’t facepalm at this, if you thought, “This is a great idea! That will scare off the trolls (tusks not included) for sure!”, please switch off your internet and never turn it on again. It’s for your own good if you think this would accomplish anything remotely positive.

Possibly in your fantasy world, trolls (who always roll Need) only exist to post angry things on internet forums under anonymous usernames, and will run like roaches from light at the sudden exposure of their real names. And in some respects that’s true, some of the kiddies and a few internet tough guys will be silenced, but only now because their targets can easily look them up and threaten that 12-year-old that lives a cheap bus ride away. The rest? The trolls (very few of them Shamans) too bitter to care, and the seriously messed up. People attack others in very real and damaging ways over the most petty things, especially when it comes to internet feuds. Access to a real name, in conjunction with some information lifted from standard, otherwise anonymous forum posts, can be enough to identify you in other places, which lead to more places with more identifying factors, as details about you accumulate and your privacy tumbles like a line of dominoes. It’s true, that information is probably available with enough searching by a dedicated individual, but this takes it from being technically possible, to making everyone who’s ever posted there, even years before this change was announced, into an easy target for anything they’ve ever said, or even for just posting at all.

Does your name sound female? Potential for harassment by hordes of desperate, stalk-because-they-love-you creeps, and the usual “post your tits or you’re a bitch” crowd. Have a vaguely foreign-sounding name? Enjoy the racism, as people share whatever slurs and stereotypes they can think of, blame you for tragic world events, and even just threaten you because you’re not “Real (Country/Race).” The hate parade rolls on, and beside all of that, there’s the simple fact that a little knowledge and a lot of assumptions by outside crowds can be dangerous. For example, some employers assume that if you play World of Warcraft at all, then you’ll do so on company time instead of working, you’ll be unreliable, turn in sub-par work, et cetera. All they have to do is Google your name and “warcraft,” find your Level 80 Paladin complaining about changes to the talent tree, and suddenly no matter how much work you do, you’re never doing quite enough. It sounds ridiculous, but WoW has been typified as the “hardcore addicted” game to the general populace in recent years; people do tend to make some awful assumptions about those who play it, no matter how responsible those players really are.

So to put their money where their mouth was, and demonstrate what a safe process they had planned, several Blizzard community leads were prompted to post their names in a show of faith. They did so, in some cases proudly. They soon found themselves deleting Facebook pages, getting strange calls at odd times, and while they kept a strong public face, in one or two examples I’m sure they were quietly frightened for the safety of their children, as people rattled off their school locations and schedules, what routes they most likely take home, and other disturbing details. An average person wouldn’t normally be subject to the dedication and focus of these people who were ardently against the policy change and demonstrating exactly why, that is true, but you can be unremarkable and still be the subject of a similar “warning.” And worse, we mustn’t forget. There are some truly disturbed and terrible people looking for any excuse to “justify” their baneful whims. Making your personal information harder to access is one of the best defenses you have against that. Having that presumed privacy of prior postings stripped away without warning and without recourse was a worrisome move to many.

On a positive note, Blizzard relented on the move, but it was very telling that this came shortly after the inclusion of Real ID ties to Battle.net accounts, which were subsequently exploited to let people glean unauthorized personal information through the system anyway. The bottom line is that Blizzard wants to publicly tie World of Warcraft, and one can only assume their other popular titles, directly to your name, regardless of your opinion on the matter. Many think this is a direct result of their plans to launch a more prominent social platform within Battle.net, and this same push will ultimately return in more subtle ways, adding up to the same result, but using methods that won’t garner as severe a reaction. After all, they were happy to retroactively reveal people’s personal information from half a decade before without express approval; if you’ve ever interacted with the game in its long, popular history, they feel they have every right to tie you to your escape, whether it was a thuggish tank of a Dwarf, or a questionably-dressed Blood Elf. In some ways this is almost a twisted mirror of my previous article, but instead of games forcing your real life persona into their fiction, this is the game’s fiction forcing itself to be a public detail of your life, even if you gave up the game years ago. The justification behind their original attempt was contrived and easily disproven, and it’s become clear other motives were probably the primary influence.

Some people want to tie their gaming and their public life together, as a description of themselves as a whole; I understand that, and the choice should be up to that person. While I can appreciate that viewpoint, in no way do I want it to become the forced standard for the future. This is simply not an appropriate move for everyone, especially not a retroactive one. Yet we’re being dragged down that path, slowly but surely, and every time we don’t fight it, we lose ground. But fight it we must! Damn it, Blizzard, let us dance on tables for spare coins without shame! …I mean kill dragons without shame. That’s what I said. Dragons. 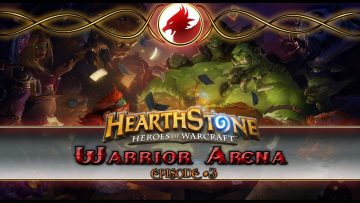