I work for a small indie mobile games company. This means I play, test and design a lot of mobile games so I’m always thinking up daft new ideas for mobile games. Being the SEGA nut that I am, I come up with new ideas for SEGA mobile games all the time and think of how older SEGA IP’s could be resurrected for this new era of mobile gaming. Whether you like it or not, mobile games are becoming a dominant force within the games industry, especially “freemium” games which are free at entry but offer in-app-purchases (IAP). Everyone carries a phone in their pocket and everyone has played a game on said phone at one point or another. All the major game companies have started to pay attention and grab a slice of that pie.

SEGA have jumped in with their strategy to focus more on digital distribution and focus on particular core titles such as Sonic, Football Manager and the Total War series, all of which have a successful mobile gaming app on the store or in development. Hardlight Studios have been SEGA’s pioneer into the murky depths of freemium mobile gaming and have done a fantastic job with games like Sonic Dash. Of course, there are many ports of classic SEGA games on the app store you can find, but the future with new mobile games like Crazy Taxi: City Rush, Sonic Jump, Sonic Dash and the new unknown Sonic Runners that is peeking over the horizon.

But why stop with Sonic and Crazy Taxi? The great thing about mobile gaming is that it’s much cheaper than console development so studios can afford to be a bit more creative and take risks whilst breathing life into older IP’s. Us sexy SEGA retro fans are crying out for some fan service, and mobile gaming is the perfect platform to make some fun games whilst testing the water.

Without further ado, I present you Part One of my favourite ideas for SEGA mobile games that I would love to see in development. These ideas are based on popular trending mobile games. Feel free to steal my ideas SEGA! Or use them for April Fools material…

The NIGHTS community have done a great job in bringing more NiGHTS love into the world… But there can always be more! The original NiGHTS into Dreams was a fantastic flying experience which could easily be recreated on mobile. I’m not talking about a port, but a new flying adventure within the NiGHTS universe. The app store is full of running games right now, and the running game genre has evolved to include 3D ‘flying’ games where you don’t just switch lanes, but can move up or down to duck obstacles within an on-rails infinite runner. Crazy Taxi: City Rush is a good example of an evolved ‘running’ game. Games like Cloud Spin are an amazing 3D effort which even features NiGHTS-like rings to fly through and tricks to perform.

However, I’m proposing a more 2D gaming experience, closer to the likes of Tiny Wings, or even closer, Whale Trail.

Whale Trail is an older mobile game where you use your finger to guide a flying whale along a path of bubbles to collect. Holding your finger down makes your whale do a loop and you can fly quite high whilst dodging obstacles. I have always thought that similar gameplay would work really well with NiGHTS flying along, going through rings, collecting orbs and releasing Idea. You could have a relaxing endless mode or even levels with goals and time limits and a large world to fly around similar to Rovio’s Retry.

With a NiGHTS flying game you could have many different levels or worlds to unlock based on the older games with an in-built Christmas NiGHTS world, or any holiday-based world ready to go for seasonal game updates. My favourite part of Christmas NiGHTS was the memory match mini-game to unlock new game content and collectibles after each play which was a clever way of extending the game replayability, and that too could be included for an extra level of fan service.

In fact, you could take this and re-skin it with Ecco the Dolphin. Suddenly it’s underwater and everything is awesome!

I spoke about evolved 3D running games above with flying games. We’ve had many SEGA on-rail games already with the likes of Virtua Cop and Panzer Dragoon series and both series have been neglected within modern SEGA times. Virtua Cop more so, since there was a Panzer Dragoon themed level within Sonic All Stars Racing Transformed at least. I can’t think of many on-rails games on console these days, but the genre is still alive on mobile platforms. The limitations on mobile gaming touch screen controls means that many shooting games feel more intuitive with an on-rails gameplay experience where all you need to do is tap to shoot. Such a mechanic would be well at home with either Panzer Dragoon or Virtua Cop. In fact, a mobile version of Panzer Dragoon’s spiritual successor Crimson Dragon, named Side Story, already exists on the Windows 7 Phone.

With Panzer Dragoon you can open up the playing field to include both a 3D runner as well as shooting. Swipe to move across a 3D plane to dodge enemies and obstacles and tap to shoot enemies. Use special moves in battle to chain enemies, shield yourself or take them all out in one with a smart bomb. Such special moves could be upgraded with coins (dynes) earned for defeating enemies or purchased as a one off.

Your dragon could be customised into different dragon types for offence, defence and more similar to the dragon evolutions of Saga, Orta and even Crimson Dragon. Create your own custom avatar rider and use dynes to buy outfits and accessories. Or go down the Subway Surfers route and have many different types of dragons and riders to unlock, each with their own abilities or special powers that can be upgraded.

The world of Panzer Dragoon is both beautiful and mysterious. A 3D ‘runner’ in the Panzer Dragoon universe could feature either an infinite flying/shooting mode or levels set across different areas… Or both! With an infinite runner you could have multiple stages to transition or choose between. New levels could be introduced with updates to keep the file size small. And like old Panzer Dragoon games, each level could feature multiple branching pathways to explore and a boss to take down.

Panzer Dragoon would be well at home on your mobile phone, as Crimson Dragon: Side Story has already proven. Plus everyone loves dragons!

In fact, as I think about flying battles in the sky, you know what also comes to mind? Skies of Arcadia. Another series which could do with some more love! And whilst Skies of Arcadia was a RPG, imagine taking the airship battles and turning that into a on-rails action shooter in the same vein…

Have a look for card games or card based role-playing games on the app store. There are SO MANY! Card based RPG’s used to be all the rage a couple of years ago and they’re still proving to be incredibly popular. Since the launch of Blizzard’s Hearthstone Heroes of Warcraft and games like Mistwalker’s Terra Battle, I imagine we may be seeing a revival within the card game genre on mobile. In fact, SEGA have already made their own new card game called Chain Chronicle.

But you know what? SEGA already had their own card game IP back in the day. No, I’m not talking about Sonic Shuffle; I’m talking about Phantasy Star Online Episode 3: C.A.R.D Revolution on the Gamecube. Episode 3 was a rather odd addition to the world of Phantasy Star Online as instead of the action based combat we adored, players used cards to battle enemies and each other. These cards consisted of weapons and items which could be equipped or used to summon monsters such as Rappies and Boomas to command. Gameplay took place on a 3D grid with turn based attack and defence and a mobile version could use an updated 2D version of a grid with the same card mechanics.

A fully story mode within a world map across space and planets could be created with multiple levels to progress through and new card decks and packs could be levelled up and evolved with experience points and Meseta or even bought with real world money.

All proceeds from IAP could then be pumped into the western release of Phantasy Star Online 2. Right SEGA?

Come Back for Part Two!

Here are just three of my mobile gaming ideas… Come back for Part Two for even more brilliant/crappy concepts and leave your own game ideas in the comments below! 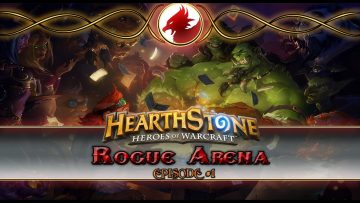