When Atlus announced a sequel to the massively popular Persona 4, the fandom pretty much exploded in excitement. Combined with the announcement that some characters from Persona 3 were returning, this caused a lot of anticipation. The only potential downside with it is that it wasn’t an RPG – instead, it was to be a fighter co-developed by ARC Systems, the creators of the BlazBlue series. Luckily, fans didn’t need to worry about it. Although it is a very different experience, it is without a doubt a Persona game, and a cracking one at that.

The story starts 2 months after the “True” ending of Persona 4. The MC (now known as Yu) is visiting Inaba during Golden Week to reconnect with the many friends that he left at the end of the game. However; Teddie, Rise and Kanji have disappeared, Naoto is busy with an important case, the Midnight Channel is back once more and a new show called the “P-1 Grand Prix” has started on it. So, Yu and company (i.e Yosuke, Chie and Yukiko) go back in to solve this puzzle. But mysterious people appearing in the form of the Shadow Operatives; a group of Persona users led by Mitsuru Kirijo (from Persona 3), is all as it seems? And why is the school president running around inside the TV world?

The game is split into two core modes – Story and Arcade. Story mode is for the players of Persona 3 and 4, focusing more on the tale than the fighting. Arcade mode is for the brawler in you – a condensed story, but in a traditional best-of-three format. The game also offers a Tutorial mode, local and online multiplayer, a Challenge mode, the insanely hard Score Attack mode and a gallery of photos and music you can unlock.

The Story mode is the central part of the game, telling the tale of the TV world. Although you start with Yu, Yukiko, Yosuke and Chie, you eventually unlock the other Persona 4 party members (sans Rise), as well as newcomer Labrys and Persona 3’s Mitsuru, Akihiko, Aigis and Elizabeth. The story builds on and on, with each story interweaving with each other, but unique in their interactions with “General” Teddie and each other. This means that, although all stories begin and end the same, they go in their own way and it caters for fans of near enough every character in the game*.

In true Persona fashion, there are multiple endings you can find too. In general, each story ends on a “cliffhanger” that only passes once you clear a certain condition. There are also “gag” endings for a few characters that spoil none of the plot, but are hilarious to watch. Although it can get repetitive when you see and hear the same clips many times, it is easily skippable and not a real chore to go through. The great characterization does help a lot though, as always.

If you don’t want to sit through many cutscenes, the condensed Arcade mode is for you. It’s a traditional best-of-three format consisting of 9 rounds. Every character has a short story that condenses the Story mode effectively and swiftly. However, if you want the full Persona experience you need to play the Story mode, as the Arcade mode ends on a cliffhanger (except for Labrys, Elizabeth and Shadow Labrys; who don’t have a “story” in this mode).

The game offers a wide variety of extra modes to keep you entertained. For newcomers, there is a full tutorial mode that demonstrates how the game plays. This is a different, more simplistic style of game compared to Marvel vs Capcom, so it’s well worth exploring the tutorial. There’s also an extensive Challenge mode – 360 challenges to help you learn the combos and abilities for all 13 characters (30 challenges each). Finally, there’s the Score Attack mode – an insanely difficult mode that challenges you to fight foes at their highest ability levels. Local and online multiplayer is also available, as well as a large gallery of voice clips and music.

Now to the central part of the game – the fighting controls. Those fearing those insane controller moves in Marvel vs Capcom can rest easy. The controls are mapped to the 4 core action buttons – one for light and heavy physical attacks, one for light and heavy Persona attacks. The only control stick madness you need to do are simple bottom-to-side rolls opposed to the zig-zag controls I hated in other fighting games. Although it’s simpler, it’s no less frantic. You can string together combos and special moves easily, even if you’re a novice.

Each character, as expected, controls differently. You have your “jack-of-all-trades” in the form of Yu; the speedy, low damage attackers like Yosuke; the high damage but low health challengers like Elizabeth, and everything in between. My personal favourite is the gun-wielding, 2000 IQ Killjoy Detective, Naoto (for obvious and not-so-obvious reasons). But it’s easy to find a character to suit your style, with each character being as responsive as the other. Sometimes it can be too sensitive, but that’s part of the learning curve and the challenge of the genre.

Visually, despite this being a 360/PS3 game, the animation doesn’t use high-def 3D models and ultra realistic graphics. For which, I am hugely relieved***. The game instead uses 2D sprites over a 3D background full of life and vibrancy. It’s simple, but very effective. This makes a lot of sense as the strength of the original game was from the 2D animation, with the 3D very simplistic. This adds a lot more personality to the characters and gives it a feel akin to The World Ends With You.

Most of the music in this game takes tracks from Persona 3 and 4 and gives them a unique remix. Some are recognisable, others are more obscure and some are brand new compositions. My personal favourites have to be “Battle Hymn of the Soul” (Elizabeth’s song from Persona 3) and the ending track “Now I Know”. The core voice actors all return from Persona 4 Golden (keeping Erin Fitzgerald and Sam Riegel as the new Chie and Teddie), as well as most of the original cast from Persona 3 (only one person has a different actress). This keeps the familiarity of the series and the high quality we expect from MegaTen games.

In conclusion, those expecting this game to be subpar as it’s a fighter will be very surprised. There’s a lot to do, with 11 unique and absorbing stories that’ll take 2-3 hours to clear each. That combined with the other modes will give you a lot to do. The fighting itself is fluid and fast, even if those rolls are a personal pain when combos. The music is beautiful once again, the animation visually pleasing and elegant – a near-perfect sequel to the best JRPG ever made (in my opinion). Even if it isn’t what you expect, you’ll enjoy this gem of a game.

* Sadly, there’s no link to the many options on Persona 4 you can have, especially with relationships. Which is for the best, really. Can’t upset fans by having, say, Rise x Yu opposed to Yukiko x Yu**.

** Both of which isn’t my OTP – that goes to Chie x Yosuke. But the character I think ends up with Yu? That’s a spoiler…

*** There’s only so much brown a person can take

Inside The Pages: Best of Sonic the Hedgehog Comics Ultimate Collection 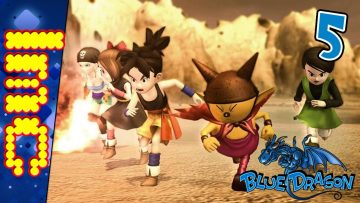 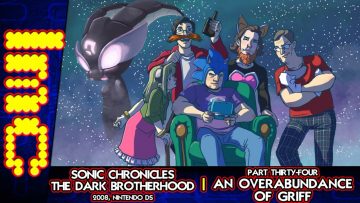