For my top Sonic moments, I decided to focus on some of my favourite experiences and adventurers that Sonic has taken me on in the real world. I owe Sonic for most of my childhood and played the games to death, so to me, the games are one big experience. Well, here are my top five Sonic moments:

Honourable Mention: Sonic 3. Just all of Sonic 3. The whole damn game was my childhood.

On the eve of Knuckles Chaotix‘s release in the UK around 1994/1995, SEGA did this tour-like promotion on a double-decker bus called the SEGA Bus. The SEGA Bus was decorated with Sonic’s picture and had a pretty cool gaming setup of Mega Drive consoles and, most importantly to me, the 32X. I gather they were trying to promote the 32X and I was a big SEGA kid back then, I needed to get on this bus. When I learned that the SEGA Bus was heading to Doncaster, which was pretty close to where I lived at the time, AND it was going to be promoting the newest Sonic-ish game, Chaotix, I begged my dad to take me. Not just for the bus… I was desperate to try out Knuckles Chaotix myself. 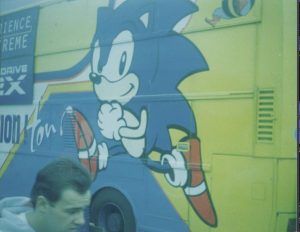 So, we arrived at the SEGA Bus and… They didn’t have Chaotix. The disappointment was real. But they did have some Mega Drives set up with games like the Speedy Gonzales game called Cheese Cat-Astrophe. I played that for a bit and then went upstairs for a Virtual Racing tournament on the 32X, so at least I got to play on a 32X, right?

Bizarrely for me, I bought that Speedy Gonzales game straight after. I didn’t even like the game, but my subconscious had forced me to buy it because it was on the SEGA Bus.

I visited Alton Towers with my dad a few times when I was a kid. And as a kid, I became a massive SEGA nut and Sonic fangirl. So imagine my surprise and delight when I came across the Sonic themed room of the Toyland Tours ride. If you can imagine teenage girls at a Justin Bieber concert, then I think my reaction was the same.

The Toyland Tours ride was a kiddie boat ride with creepy-cuddly animatronics. There were different themed rooms, and Sonic had his own statue in a dark room with TV monitors. On these was Sonic 1 played over and over to a remixed tune of the Toyland Tours theme and Green Hill Zone.

I ordered my dad to take photos but they didn’t turn out very well. But afterwards, I did buy the soundtrack album to the whole ride for just that one remixed Sonic tune.

If you never visited SEGA World in London, then you missed out on one amazing experience. I went shortly after NiGHTS had been released on the Saturn with the intent of buying it there. For those that don’t know much about SEGA World, it was kind of like an indoor theme park/giant arcade. There weren’t many rides as such, but the “rides” they did have were typical SEGA; ahead of their time.

SEGA World was set across multiple floors. I can’t remember everything, but I think they had different themes. The entrance was a giant futuristic escalator to the top, and then you took escalators to the floors below and the exit back at the bottom. The rides were fun, including a virtual reality-style one and a haunted house ride where you shot at enemies on a screen with a gun mounted on a car, kind of like the one at Alton Towers now. As you would expect from SEGA, the selection of arcade machines were impressive and it was the first and only time I got to play Sonic the Arcade.

I loved the atmosphere of SEGA World. From the statues of Sonic dotted around the place, to the arcade and rides, SEGA World was a perfect representation of SEGA at the time and I regret not visiting again. I do own two souvenirs though; a SEGA World pin bade and my SEGA World ticket. SEGA World was the greatest gaming centre in all of the UK. 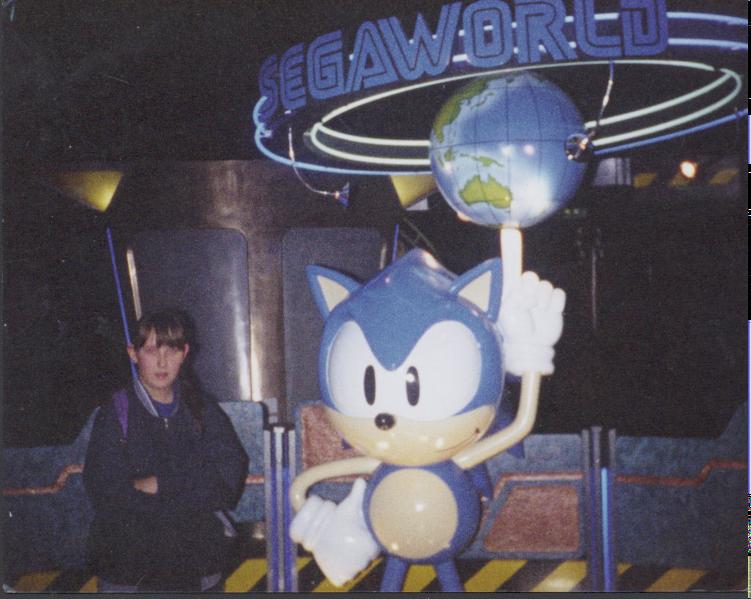 So, we’ve established I was a huge Sonic and SEGA fan (well, I’ve scraped the surface) but as I got older, I tried to move away from Sonic. I gave my Sonic toys and comics to my nephew (which I regret, they would be worth something now!) and ultimately tried to grow up. Yet, when I heard about Summer of Sonic, a convention about my favourite video game, my favourite pastime, my childhood, I just had to go. I had never been more excited for anything in my life.

This was a special event, a special occasion, I had to celebrate in the only way I knew; by being crazy and dressing up as my favourite character, Dr. Robotnik.

I had never been to a gaming convention in my life. Didn’t know the community. Had never cosplayed. I had no idea how this was going to play out. Would I be laughed at, stared at, kicked out? I’m a naturally shy person, so I was pretty terrified. But when the day arrived my train was severely delayed so I arrived a whole two hours late and didn’t have time to be nervous. I put on my costume and set out.

The reactions I got surprised the hell out of me. People loved the costume! I didn’t know what to do with myself. 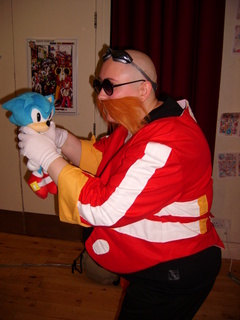 I think there were a few other cosplayers there, but it was a pretty cramped room so there wasn’t much space to get round. Another thing I was surprised at was how many people wanted my photo. I really didn’t know what to say or do, so I just rolled with it. I got my picture taken with Sonic, which was awesome, and a lady I had admired on the internet but had never actually spoken to or met. That was definitely a highlight.

The crazy part of my costume was shaving my head. It wasn’t a big deal to me because I had shaved my head before, but everyone else seemed kinda surprised that a woman would do that. The worst part of the costume was initially the goggles. I had put them on too tight and given myself a massive migraine.

The first Summer of Sonic was more than I ever wanted, and it just got better and better each year. It was the first time I met a certain Kevin Eva as well. I remember him inviting me on stage after commenting on the strange people walking around and I was given a completely unexpected goody bag that I still own. He also accused my version of Eggman of being pregnant, so thanks haha.

It was a moment I will never forget. I was at a school fair and someone happened to have a Mega Drive set up with Sonic 1 as a charity competition; play for 10p and if you beat Green Hill Zone Act 1 you get your 10p back. The massive box of a TV the game ran on had quite a crowd around it, and curious, I pushed through. The screen shone as time slowed around me; it was love at first sight. I was simply amazed by how fantastic, how detailed and colourful Sonic was compared to my experience with the Master System version. It’s one of the rare times I have ever been impressed by graphics in a video game.

That Christmas I begged my parents for a Mega Drive and Sonic instead of my usual overpriced Barbie. That Christmas, I became a gamer. 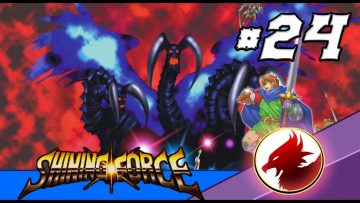