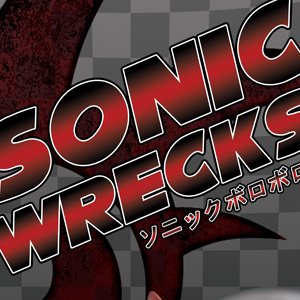 So Sunday was fun on a great many levels; things began on Saturday night when it was revealed that RadioSEGA was potentially looking at merging into our Entherial Online forum or quite possibly E-On merging into the RadioSEGA forum with the whole shebang getting some sort of re-branding. A debate was started on whether or not this was a good thing, some looked at it as a good idea and some a bad thing. Disappointingly it seemed a lot people who did disagree had a major problem with content on E-On.

This was specifically the roleplay sub-forum on E-On, the reaction to which was taken by some to be the bloody End Of Days.

Let me just state that yes, E-On has a slightly different audience and we’re proud of this, its more creative – you don’t have to go into every facet of it and in any case the role-play forum has actually been dead since E-On was reopened following it’s very long hiatus for repairs.

What will happen in the end with this merger will be taken with the wishes of both sets of staff and users in mind; but why was this even being considered in the first place? It goes back somewhat to my 2012 address where I stated we’d be looking at working with RadioSEGA in new ways and also looking at new ways to secure the future of the site.

The future is something I’ve been very concerned about in recent months, not just of Sonic Wrecks but of the other sites out there. The (much deserved) success of Sonic Stadium and Sonic Retro has led to something of a skewing of the fanbase, combined with a different attitude to the fans than that of four or five years ago the majority of fans and certainly Joe Public are only concerned/knowledgeable with one of these two sites only and don’t browse around like they may have done before.

As a result it is super-difficult for the other sites to get a foothold or get noticed with the content they do put out, we all do a tonne of original content that simply is missed by people and I’d love for us ALL to be more visible. I personally do not dislike nor have any intentions to try and “beat” TSS or Retro. If I did things frankly would have been very different years ago – not that its possible to get anywhere near either in terms of size anyway now. My aim with Wrecks is not necessarily to be the best, but to be active and relevant and for the community to be successful. As such I want the other sites to do well as well – its hard to breakout and be noticed. SUPER HARD. I dunno about you but I’m not exactly tripping over the vast array of new sites over at this end. I want us to not just survive but carve our own little slice of the pie and all work together.

It’s for this we’re looking at these diversifications into new features and strengthening of existing site elements. SEGA Media have worked their arses off on a new portal, RadioSEGA are working on their Project 7, but we need to survive before we can thrive and when it comes to forums the little ones are much better to provide an alternative place when combined. Makes sense?

Now me pointing out that Retro and TSS do in fact dwarf everyone else and as such have this completely inadvertent monopolising of eyeballs at the expense of the other community sites has gone down like a lead balloon. How you can deny that they are dominant in this fandom? Really, they are far beyond fan sites by a long chalk. It’s led to a lot of anger and resentment from a few quarters being levied against myself and SW. Apparently we’re selfish somehow for wanting things better for everyone; I’m not quite sure how this works and I’m looking forward to it being explained to me.

Well its a valid point, it is correct and I’m sticking to it. If you want to pillory me for having the balls to point out the painfully obvious and actively want things better for people then go ahead. What I’m IMPLORING here is we actually DO SOMETHING about it. SW does the Community Spotlight, something which TSSZ (who are not mentioned above due to not being a fan site as stated in previous SW communications) also do Fan Fridays. Besides this something more needs to be done to make the littler sites and newbies visible because at the moment people are lost under the shadow of TSS and Retro’s awesomeness. The Sonic Site Awards – who have a connection to how SW started – would be great to get these smaller sites in the spotlight if TSS were up for doing it.

Ultimately, feel free to go everything’s fine and dandy as it is. But I make no apologies at all for trying to prevent sites from packing it in and the community to keep a hold of new ones.

It’s 3am. I’m coughing my guts out and I’m asking you to work with me to start some kind of program of active promotion of sites beyond the occasional post we all notice.

Your move people, I’m fed up of trying to get through to you.