Its your Satuday radio grand slam – Radio Redux 502 went up the other night and now you can enjoy the Dragon’s Den show that analysed the Wrecks Factor results from that show, which also features Vger, Spin and Urtheart. Blake also muses on the possibility of repairing a soul with super glue. As you do. 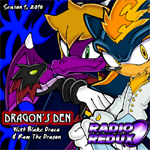 The first results from the 2009 Wrecks Factor are in, Blake Draco and Ram The Dragon are joined once more by Spin but also from Wrecks Factor entrant Vger (sans his wrench) and next week’s judge Urtheart for analysis of the results as well as general wtf craziensss.

The other item is a Guest Control show – actually its a show from 2007! You might recall Sonic Cage Dome’s defunct SoniCast, which was one of the shows that followed not long after Radio Redux became the first Sonic related podcast. Well this is one of the few shows that actually were recorded, a round table discussion at a pub following the SEGA Europe Mario & Sonic community day that I put together and it features some slightly fresher faced individuals. 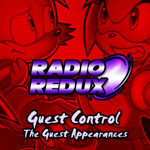 Sonic Cage Dome’s defunct podcast show did a round table following the 2007 Community Day at SEGA Europe for Mario & Sonic At The Olympic Games.

Don’t forget to tune in this Sunday for the next live Radio Redux show – #503: The Defenders of the Urth Show!