I was wondering about this… As you may recall SEGA as a company since 2008 have been doing chocolate advent calendars internally (and for press contacts) which on days of yore even made their way out to community sites for the holidays. Then we all feasted on mass produced chocolate and all was well, bathed in the glow of confectionery-based warmth.

Well Christmas cheer is in dire need in the games industry this year and apparently SEGA are maintaining their tradition. As thanks to SEGA Europe Digital Distribution Director and friend of the site James Schall (who used to be in charge of the SOE Community Team in its infancy if you remember that) we have an actual picture of it – fairtrade chocolate too! 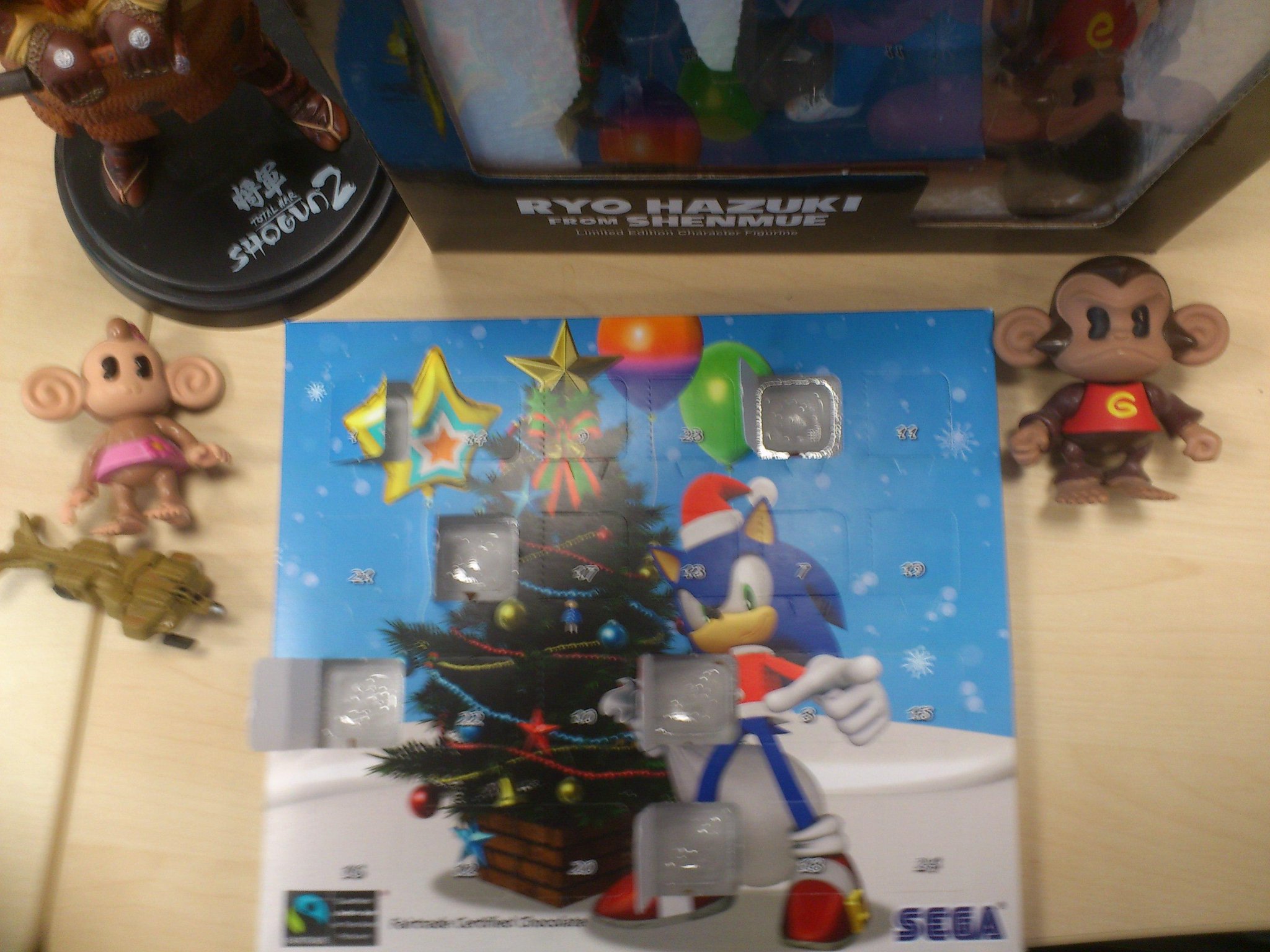 Kevin
263
Uno can be a vicious game. Just as well the Last Minute Continue crew aren't vindictive at all.

Kevin
230
Two games in one - or one game in two. Lock-on technology is complicated.

Kevin
538
Uncle Jack wants to know... have you had your Joy today?