Home News Alien Colonial Marines On Wii U Is Dead

Set to launch by the end of March, after missing that launch, many wondered what had become of the Wii U version of the critically panned Alien Colonial Marines-supposedly the “best-looking” version. The Wii U version was in production at Demiurge studios, however a period of silence has finally lead to SEGA confirming to multiple sources, such as Gamespot and IGN, the following:

“Sega can confirm that the Wii U sku of Aliens: Colonial Marines is no longer in development.”

As mentioned, the Wii U version of the game was set to be the ‘ultimate’ version of the game, boasting new functionality due to the Wii U’s capabilities over other consoles. That being said, given the game’s overall critical mauling, it’s unknown whether the features really would have done much to help the game (Although in terms of charting, the game has done surprisingly well).

Overall, it is a shame to see the game drop off the radar-as it continues a disturbing trend for Nintendo’s Wii U, with big hitters like Rayman also dropping off the radar-quite a shame, given the console actually being rather good. However, again given the critical mauling, perhaps it’s a good thing this game stayed away from Nintendo’s proud new system-hell, I wouldn’t be surprised if Nintendo have breathed a collective sigh of relief themselves.

It’s unknown was is to become of Demiurge now, but we’ll keep you updated.

Is This The Worst Fake Sonic Merchandise EVER?

Kevin
637
Titans Creed takes on The British Andy in race with more than a little pride on the line.

Kevin
582
Urtheart returns to the Castle of Illusion, this time the 8-bit version with Kevin in tow. 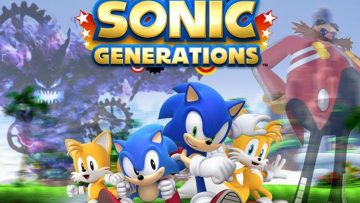 Kevin
0.9K
20 years is a good time to reflect on who you once were.

Kevin
1.8K
Dr. Eggman is back, and this time his secret weapon is a black hedgehog with a connection to his grandfather.